"The more specific India challenge is that many foreign institutional investors are already quite overweight on India -- four to five per cent overweight compared to other emerging markets. Some of the other emerging markets, investors tell me, have started looking very attractive as they fell completely and stocks in markets like Brazil, Turkey and South Africa are comparatively much cheaper than their Indian counterparts.

So there could be a shift of some interest in these markets at the cost of India." 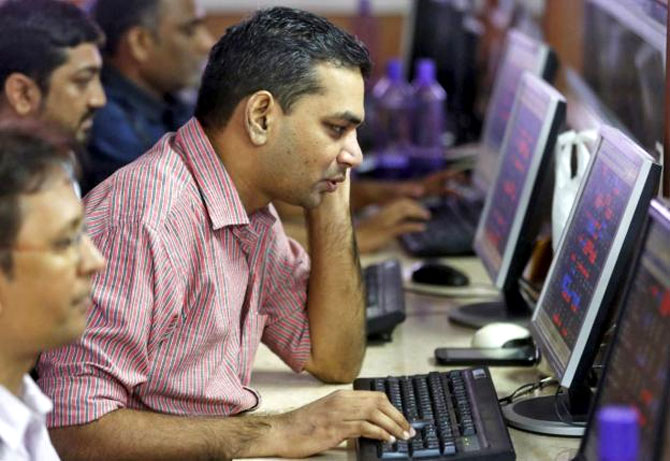 Senior executive director & co-head (strategy) of Kotak Institutional Equities Sanjiv Prasad, bottom left, tells Prasanna D Zore/Rediff.com that even if there are a number of challenges facing the Indian equity markets, there are certain sectors that offer a ray of hope.

Prasad spoke on the sidelines of launch of 'Consumer Querimetrix' a consumer behaviour tool Kotak launched in partnership with Google.

Do you see the Chinese market crash further pulling down the Nifty given that it is already trading 20 per cent below its all-time high?

See the challenge for the Indian markets is two-fold. One is the fact that there is not much interest in the emerging markets right now. (There are) lot of concerns about stability of the emerging markets. As far as the China issue is concerned, it is about how it manages its transition from an export- and investment-led economy to more of a consumption- and services-led economy. And if China continues its policy of devaluation of its currency to help boost its exports then it will export depreciation everywhere else. And that will not at all be good for the emerging markets.

The more specific India challenge is that many FIIs (foreign institutional investors) are already quite overweight (on) India -- four to five per cent overweight compared to other emerging markets. Some of the other emerging markets, investors tell me, have started looking very attractive as they fell completely and stocks in markets like Brazil, Turkey and South Africa are comparatively much cheaper than their Indian counterparts.

So there could be a shift of some interest in these markets at the cost of India. 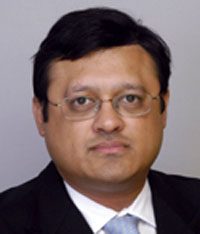 What kind of further downside do you see for the Indian markets? Where is the bottom?

We are almost there but another five to seven per cent from here and we will hit the bottom. Many stocks have fallen by a huge margin -- bad news in the metals space, NPA concerns in the banking system, slowdown in the economy have all affected stock prices to a large extent. (Stock prices of) public sector banks have collapsed completely. Some of the private banks like Axis and ICICI have come down to attractive levels.

I think a lot of bad news is already reflected in the stock prices.

It is a fact that many PSUs as well as private sector banks are loaded with NPA concerns. Are these concerns factored into their current stock prices?

See, it is there in the stock price but not there in the numbers actually. That is a concern, a lot of NPAs still need to be recognised. And how they get recognised and what kind of provisions have to be made, how much leeway should the RBI provide is what needs to be looked at. Clearly, there is a big problem out there.

If the China slide continues, how according to you, will the FIIs look at the Indian equity markets?

Currently, the Chinese are trying to reorient their economy as a market economy but they are not comfortable with the disruptions that happen when such a move takes place. There are sharp fluctuations in the exchange rate, stock prices and interest rates and so forth.

China is still trying to find out how to move from a fixed economy to a market economy. Much of the volatility is coming from there.

But I think and what I understand is that one part of China is in trouble -- basically the state oriented enterprises that are loaded with debt and the real estate sector and there is the problem of huge overcapacities in the Chinese economy.

They are already dumping surplus steel in the market and that is why steel prices are falling. But is it such a big issue in an $11 trillion economy? I don't think so. If they manage the whole economy without disruptions I think they will be through.

Some people will lose their jobs when they start closing down steel plants. How they face the situation, I wouldn't know because they have never faced this issue.

What sectors can offer some comfort to investors going ahead?

I think the auto sector is fine given now that the oil prices have come down, cost of ownership of vehicles has come down dramatically, EMIs are low because of interest rates and lastly if the government comes out with some kind of scheme for automobiles then that can again be a positive for the demand for automobiles.

We like some of the stronger private sector banks. They can continue to grow while others struggle.

Are you not positive on any PSU banks?

Then we are okay with some of the downstream oil and gas stocks: Reliance, IOC, GAIL, etc. We are positive on IT and power stocks like NTPC.

Sanjiv Prasad's Disclaimer: Neither I, nor Kotak Institutional Equities own any of the stocks mentioned here 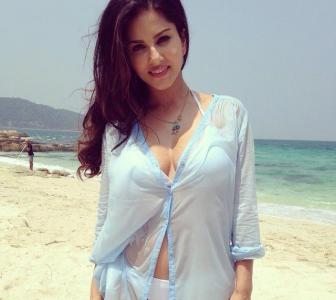