Will Sterlite verdict push investors away from Tamil Nadu?

What will the Centre and the Tamil Nadu government do to answer the queries and fears of investors who will want to be doubly sure they would not be harassed at a later date, as has been happening to Sterlite, should be interesting to watch, says N Sathiya Moorthy. 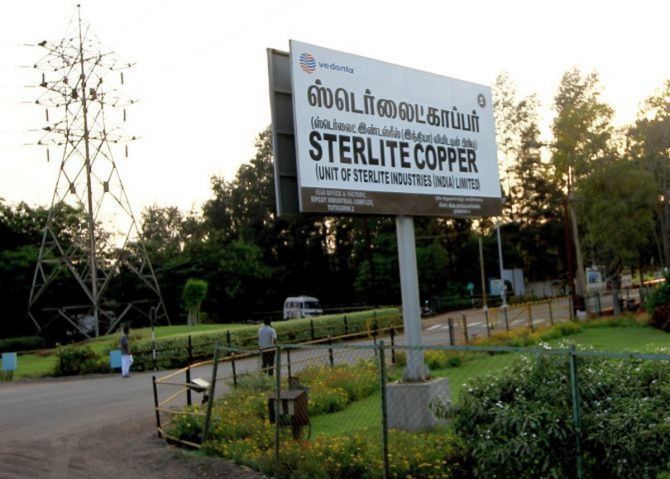 Independent of the issues involved and the legal questions that will be agitated in the Supreme Court, the recent Madras high court verdict upholding the Tamil Nadu government’s shutting down of private sector Sterlite copper in the southern port-town of Thoothukudi may have unwelcome consequences for the state, in terms of economic prosperity, job creation and revenue collection.

The judgment also raised questions about the need and way to balance development and environment -- and how to enforce the law to ensure that both co-exist without one shutting out the other, that too at a time the Centre has recrafted the EIA (Environmental Impact Assessment) rules to ensure that the process did not come in the way of delaying investments and/or the setting up of factories that had been cleared otherwise.

Sterlite has been in the news for the past 25 years of the copper-smelter’s existence, and for all wrong reasons. Rarely has anyone in the state underscored the factory’s contribution to ending import dependence for copper, which has great industrial applications. If anything, the two-year long shutdown had caused copper exports, instead, when the Centre’s increasing focus has been on ‘Make in India’ -- and for the rest of the world, as well.

This does not mean there were no issues with the plant. Even during the early years of the Thoothukudi plant, MDMK founder Vaiko, who is from those parts, moved the state and central governments as also the courts, all the way up to the Supreme Court, complaining of violation of pollution control norms. At the end of it, Sterlite was allowed to continue operations, after verification of pollution control measures and alterations where required and advised.

The current shutdown followed months of protests, sponsored by local civil society organisations, with support / sympathy from the Catholic church in the region. The church, as may be recalled, was also in the forefront of the anti-Koodamkulam protests in the neighbourhood. In both cases, protestors alleged anticipated loss of lives, chronic health issues, environmental and ecological degradation, all of which was leading to loss of livelihood, especially for the local fishers.

The current shutdown followed police firing on anti-Sterlite protestors, who were on the streets for the 100th day agitation, leading to the death of 13 persons. The state government and Chief Minister Edappadi K Palaniswami seemed less inclined to blame the police, and sought to shift much of the blame on the alleged provocation by the protestors.

But the official narrative changed by the evening when social media showed up police action, especially uniformed men with blazing guns atop police vehicles, as if they were more trigger-happy than seeking to control a mob that had gone out of control. It was also the case with police lathi-charge on protestors, where the official reaction and competing social media posts were too late in coming and said too less compared to what was already doing the rounds.

Nothing explains the confusion -- and contradiction -- than the converse reactions of superstar Rajinikanth, who had announced his intention to launch a new political party only a few months earlier. On the day of the protests, he sounded like backing the government action. But a day or two later, he sympathised with the families of the dead men, if not with the protestors. He even visited Thoothukudi post-haste and called on the families of the victims of police firing just days later.

In a way, the follow-up state government revival of pending pollution-related issues, over which too the protestors had raised slogans, possibly centred more on nationwide condemnation and criticism of the police firing than possibly on the facts and circumstances of the complaints against Sterlite. It looked as if up to that point, the government was keeping the pollution issue at the legal and official levels, without yielding to public pressure and sympathy.

Looking back, the nationwide criticism of the police action did not stop with what all was on show on social media. Prior to the Thoothukudi protests, and beginning with the very successful Jallikattu agitations across the state in January 2017, particularly the closing hours at the main Marina venue in state capital Chennai, had given a bad name to the police.

This was followed by specific, environment-centric public protests against the Centre’s decision to re-commence processes for hydro-carbon projects in Neduvasal in the state, and acquiring agriculture lands for a new Chennai-Salem eight-lane expressway, jointly proposed by the Centre and the state. That Salem happened to be the native place of CM Edappadi and there was already a six-lane highway connecting the two cities did not go down well with the protesting farmers, mostly small land-holders in the five districts through which the new expressway was to pass.

The daily farmers’ protests against the proposed expressway and the government forcibly taking over lands with police assistance against the expressed stay orders of the high court too had painted the police in black colours. In the light of the previous events and episodes, the state police was also under seeming pressure at Thoothukudi to prove its worth in crowd control and attendant law and order front.

So, when the police opened fire, fertile public memory recalled all that had gone wrong with the uniformed services in the months earlier.  Neither the police, nor the government, did anything to recast the public imagery of the force. Instead, what was being attempted was to present the state police as a tough task-master. This image got even more instilled when in the days and weeks after the firing, the police took great pains to track down individual protest leaders, seeking to paint them in bad light, as anti-socials, anti-nationals and worse. That did not help matters, either.

In between, CM Palaniswami and his deputy O Panneerselvam broke the Dravidian political tradition and travelled abroad, to canvas FDI in the state. It was the reverse of their mentor, the late chief minister Jayalalithaa organising colourful annual investment seminars in Chennai, where much was promised and not all of it was carried out. The state government too was found wanting in many cases.

There is also the other, even more popular side to the government’s investment initiatives. With assembly polls due next year, and rival DMK under Leader of the Opposition M K Stalin taunting the ruling party leadership over the pre-poll promise of 2016, to shut down liquor shops in phases, questions will be asked, possibly even in and by courts, on the implementation of the said promise.

The state government, in the face of Covid-19 pandemic, has appointed a high-level committee headed by former RBI chairman S Rangarajan to suggest ways to boost revenues. The revenues could come under much greater stress if the liquor ban becomes an even greater issue than for the 2016 elections, especially now that the hasty, post-lockdown reopening of State-owned TASMAC shops has produced only mixed results, at best.

Following Justices T S Sivagnanam and V Bhavani Subbaroyan upholding the Tamil Nadu Pollution Control Board’s closure order issued to Sterlite, and with no stay of the same, counsel for Sterlite expressed surprise over the order and also moved the Supreme Court in appeal on Wednesday.

Considering that the legally-constituted National Green Tribunal (NGT), the nodal agency for the purpose, had upheld the copper corporate’s submissions, including those on compliance of the TN board’s multiple directives, the question arises if the judiciary should have powers to reverse what is basically a highly technical issue, not stopping with relevant questions relating to the processes and enforcement.

By extension, especially in the light of the new EIA proposals, which go as far as to bar third-party, private complaints on industrial pollution and also the under-implementation EIA clearance, a further question arises if the Centre would seek to be an intervenor in the Supreme Court.

This should be separate from any independent challenge that may lie against the EIA changes, when officially notified after the so-called public hearing and all. If for nothing else, such a gesture alone would send out a positive message to both foreign and domestic investors that the Union of India too is concerned, as the Sterlite case involves the closing down of a factory full 25 years after commencement of its massive operations, which provide jobs to about 50,000 persons, including those upstream and downstream.

In doing so, the Centre should also put down proposals for stricter implementation and reporting of pollution control boards’ instructions by the licensee unit, and also a better communication mechanism involving the locals, whose anxieties needed to be addressed, and not in the way the state government did at Thoothukudi -- only to follow up on it with a closure order.

For the state government, rather the ruling party in Tamil Nadu, there will be internal pressure ahead of the assembly polls by May next. Be that as it may, it will be interesting to see how the government, especially in the state, will react if an early Supreme Court order, including an interim stay of the high court verdict with fuller safeguards than already, came up for implementation / enforcement, between now and the polls.

Alternatively, should the Supreme Court uphold the high court verdict, what will the Centre and the Tamil Nadu government, and also other states, do to answer the queries and fears of investors, who will want to be doubly sure that they would not be harassed at a later date, as has been happening to Sterlite.

After all, the new EIA aims at removing ‘starting troubles’ the kind of which ended the investment hopes of big-time corporates, including Sterlite’s parent Vedanta, and rendered many of them insolvent and also contributed to the electoral crash of UPA-2 in more ways than one. 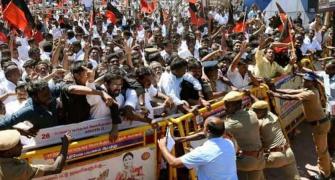 Why investors in Tamil Nadu are in a spot 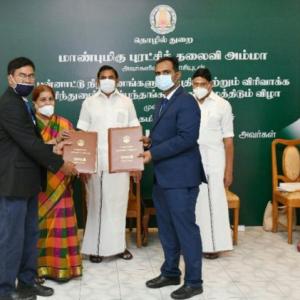 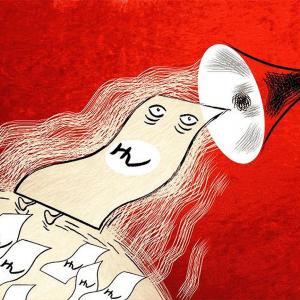