News
Business
Movies
Sports
Cricket
Get Ahead
Money Tips
Shopping
Sign in  |  Create a Rediffmail account
Rediff.com  » Business » When parents are delighted to have a start-up son-in-law

For the new millennium generation, slowly and at an accelerating pace, it is attractive to harbour a start-up ambition, says R Gopalakrishnan.

When I started my HUL career (incidentally, in data processing), some data work was already being undertaken in Tata under US-returned Lalit Kanodia, Yash Sahni and some others.

On April 1, 1968, the Tata Consultancy Services was set up -- with that name and style -- as a division of Tata Sons.

Among post-independence start-ups, TCS has emerged as India’s most valuable company, and is a symbol of Indian entrepreneurship.

Before words like pitching, venture capital and Series ‘A’ were invented, a 44-year old MIT-trained engineer named F C Kohli did ‘pitch’ to the investment committee of a VC -- JRD Tata, Nani Palkhivala, Freddie Mehta and PM Agarwala.

Several hugely successful start-ups with distinctly Indian models have grown up over the last 70 years -- TCS, Infosys, Wipro, Bharti Airtel in the tech sector; Reliance, HDFC Bank and Titan in the traditional sector.

These grown-ups can now offer lessons for wannabe start-ups.

According to World Bank India head, Junaid Kamal Ahmad, India has the potential to ‘do a Silicon Valley within five years’.

Silicon Valley has no cultural connection with India; can it work?

I pondered the question: Is India’s culture of entrepreneurship accelerating?

Recent researchers point out, as indeed does the World Bank, that any entrepreneurial society requires an ecosystem that is embedded in the unique heritage and culture of that society.

According to professor Daniel Isenberg of Booth School, several elements comprise the ecosystem.

If the elements are individually improved, ecosystem effectiveness is attenuated, according to Isenberg.

“Together, however, these elements turbocharge venture creation and growth.”

A proof of social acceptance of entrepreneurship would be when parents are delighted to have a start-up son-in-law.

Academics Eric Stam and Ben Spigel of the University of Edinburgh also note that “the ecosystem is a set of interdependent actors and factors coordinated in such a way that they enable productive entrepreneurship within a particular territory.”

I will dwell on the culture element in this article.

Culture means a wide social acceptance of entrepreneurship as a laudable activity.

In some cultures, children are expected to become entrepreneurs; Chettiar, Marwari or Bhatia parents would be shocked if their ward joins Tata or Infosys.

The opposite happens when a middle-class Tamil or Bengali brahmin wishes to start a business.

Widespread acceptance means that society as a whole welcomes start-ups.

The cultural element improves with networking and social ties, supportive government policies, and a social approval of the activity.

With the emergence of city angel networks, TiE and YPO, nowadays, there is clearly considerable energy in the swirling entrepreneurial undercurrents.

Other societies have demonstrated that it is possible to alter social norms in less than one generation.

In Ireland and Chile, as in Silicon Valley, Boston and Israel, entrepreneurs learned that it is possible to fail, regroup and try again.

A good test for whether start-ups have been accepted is whether it is alright to fail and try again -- India is not quite there yet.

Indian society has not yet reached the stage of applauding the dropping out of college, but we may not be too far away.

The favoured avocation then was government service -- revenue, railways, P&T, the Army and so on.

This choice arose out of the social and cultural pressure for status and stability.

In my growing-up years, I recall that among my father’s friends, society prefixed the employer to the name like a Telugu intiperu or Malayali tharavad -- for example, Tea Board Venkatachari or P&T Ramanujachari.

As I developed my career from the 1960s until the new century, the shift away from government service towards professional management sprung strong roots.

People would flaunt a foreign academic credential on their CV -- a Massachusetts Institute of Technology degree, Harvard diploma, or an international posting, all hallmarks of distinction and accomplishment.

For the new millennium generation, slowly and at an accelerating pace, it is attractive to harbour a start-up ambition.

It is stylish to announce, “I am on my third start-up.”

Start-up as an avocation is still suspicious to the parent when a young man seeks the hand of a daughter.

An acid test of social acceptance will be when parents are delighted to have a start-up son-in-law, but that is some distance away.

That there is an inter-generational transformation should not surprise anyone, but the oncoming tsunami of accelerating cultural change could well surprise us.

R Gopalakrishnan is a distinguished professor of Indian Institute of Technology-Kharagpur and author of A biography of innovations from birth to maturity. 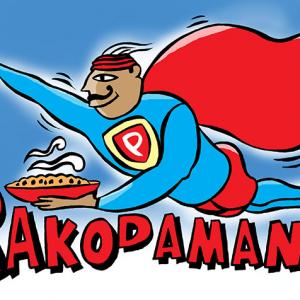