It's hard to say because of the winner-take-all nature of new platform and network businesses, but Reliance has not been an efficient user of capital, and Adani numbers are varied, observes T N Ninan. 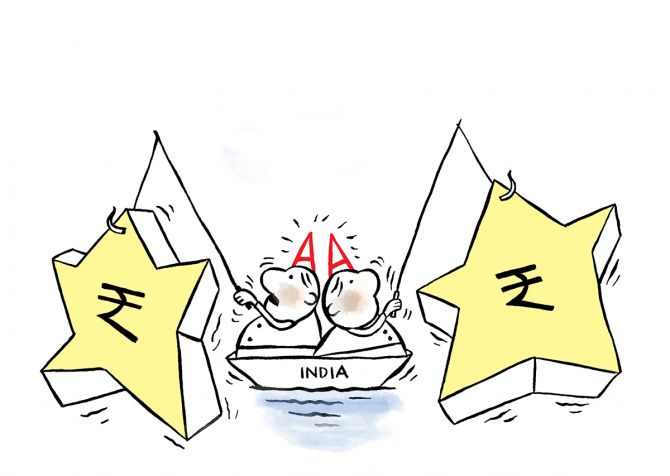 In a masterful presentation on the Indian economy, made recently at Brown University in the US, Arvind Subramanian, the former chief economic advisor, referred to the 'unprecedented reach"'of the two 'A's -- a reference to Ambani and Adani.

Dr Subramanian described the growing multi-sector dominance of these two business groups as 'unique in the history of global capitalism'.

This has become a common conversational theme in India, especially the groups' links with the government. But how unique, is worth debating.

Both groups are recognised for their breakthrough business acumen, but so are others.

If they stand apart, it is because of their apparent hunger for dominance, which, it is widely believed, has been facilitated by favoured treatment and marked by sundry controversies.

Ambani has sought dominance in petrochemicals and petroleum, telecom, online platforms, and organised retailing, even entertainment.

The rapidly growing Adani has long been the country's largest importer of coal, is the largest private player in power, including solar energy, and is now the primary keeper of India's gateways, being the largest owner of ports and airports.

The two groups have not crossed paths but will clash in their announced reach for dominance in green energy.

Both have reputations for clout with the government.

More than one competitor has slipped and fallen under their wheels.

Both the chaebols and the zaibatsu/keiretsu have numbered more than the two 'A's, with usually half a dozen being considered dominant.

Their share of their respective countries' industrial capital, assets, etc, has been far greater than can be claimed by the two 'A's, and their business spread is comparable.

For all their political connections, the big Indian groups do not have the symbiotic relationships that the Japanese and Korean groups have had with the politicians and governments in their countries.

They and the keiretsu have also been heavily involved in political funding.

Even if one were to add Tata, once a quasi-keiretsu (because of interlocking shareholdings and directorships) that has become more like a vertically structured zaibatsu with a holding company and long-term identification with a single family, the story does not change.

The Big Three do not have anywhere near the national dominance enjoyed by the leading chaebols and keiretsu.

After all, India's start-up unicorns are valued higher, collectively, than the Ambani empire.

Besides, unlike the two 'A's, Tata is not known for seeking crowding-out dominance or the political inside track.

Two questions follow. First, the chaebols and keiretsu have powered the 'miracle' growth and export successes of their economies.

To what extent can that be said of their Indian equivalents? Contrarily, how much has group dominance been to the national detriment? The answers will range across the full spectrum.

The keiretsu, for instance, have been criticised for using their interlocking relationships to keep out smaller firms and rivals.

The second question is, how long can systemic dominance last? Perhaps decades.

Still, the keiretsu have diminished sharply in importance because of the inherent weakness of the conglomerate model -- a holding bank tends to support weaker firms of the group, leading to mis-allocation of capital.

When a banking crisis comes, as it did in the 1990s, the keiretsu structure gives way.

Similarly in Korea, the chaebols's poor business practices sucked their country into the 1997 Asian financial crisis -- prompting calls for reform.

Could concentrated corporate dominance fade away in India? It's hard to say because of the winner-take-all nature of new platform and network businesses.

But Reliance has not been an efficient user of capital, judging by its return on capital employed.

The Adani group's numbers are varied. Even Tata, without its software services giant, would have an indifferent record on capital efficiency. Air India won't improve that. 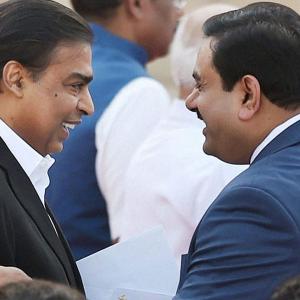