Despite the Indian government’s recent efforts, anecdotal evidence indicates that there has been little change in the extortionist behaviour of a significant proportion of tax and police officials, says Jaimini Bhagwati. 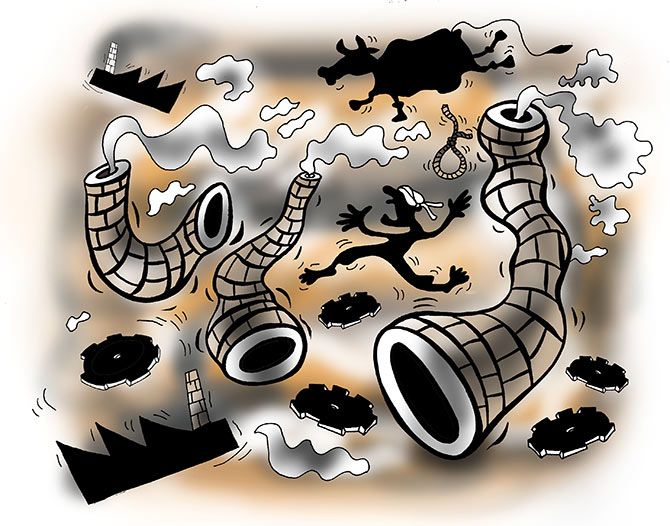 In his farewell address on January 17, 1961, the then US President Dwight D. Eisenhower said: “In the councils of government, we must guard against the acquisition of unwarranted influence, whether sought or unsought, by the military-industrial complex”.

President Eisenhower was probably referring to the activities of private armaments and industrial companies encouraging the raising of US defence budgets.

More recently, conspiracy theories speculate that wars were engendered in the oil- and gas-rich West Asia and Persian Gulf regions for the fillip that such conflicts give to weapons manufacture in developed countries.

In this article deep states refer to subterranean alliances within and across nation states to promote private profit at the cost of public interest.

Such cartel-like alliances are easier to forge when high capital costs restrict the number of players as in defence industries, the power sector, telecommunications or banking.

In India the current high proportions of non-performing bank assets point to inflation of project costs and imprudent lending.

Ridiculously risky lending could not have happened without corporate borrowers and bankers acting in concert with government officials and political parties.

Similarly, the protracted delay in the abolition of the Sick Industrial Companies Act (SICA) and Board for Industrial and Financial Reconstruction (BIFR) indicates collusion across Indian deep state interests.

Much to the agony of creditors the bumbling or mala fide actions of the BIFR often extended the winding up of bankrupt companies over decades.

Unbelievably, the repeal of SICA was approved by the Indian Parliament in December 2003 and the notification to that effect came 13 years later in November 2016.

The judgment announced on December 21, 2017, after seven long years, by the special CBI court exonerating all accused in the 2G telecom case raises far too many questions.

Despite the Indian government’s recent efforts anecdotal evidence indicates that there has been little change in the extortionist behaviour of a significant proportion of tax and police officials.

Cynics would comment that deep state interests abound in all countries and as in other democracies the Indian media and judiciary are expected to keep these in check.

However, checks and balances are less effective if segments of the media and the judiciary are complicit with Indian deep state interests and particularly when political leadership is shallow.

The November 2017 ordinance to amend the Indian Insolvency and Bankruptcy Code has been criticised on the grounds that creditor banks will collude with potential buyers of stressed assets to falsely declare original promoters as wilful defaulters.

This pandering of so-called wilful defaulters is peculiar to India. For creditors or regulators to assess whether default was wilful introduces subjective judgement.

It is such needless shades of grey that deep states exploit.

It is likely that deep state interests will subvert efforts to bring to book Indians who were implicated first by the Panama papers and more recently the Paradise papers.

Deep states wait for such news to fade from public memory while their government contacts procrastinate to allow the leads to go cold.

In the US, overlapping deep state interests have become more visible under President Donald Trump.

For instance, Mr Trump’s first trip abroad was to Saudi Arabia in May 2017 and was accompanied by announcements of $110 billion worth of arms sales.

In contrast, there is no hint of any form of sanctions against Saudi Arabia for its role in fomenting extremist Wahhabi sentiments in West Asia, Afghanistan and South Asia.

The clout of deep state interests in the US is also evident from the manner in which it has negated Mr Trump’s intention to improve relations with Russia.

Of course, it is also President Vladimir Putin’s short-sightedness that Russia has not developed economic ties with the private sector in the West.

The contrast with how China has gained from allowing large Western private firms to benefit from business with Chinese companies is quite stark.

In the past there were mumblings about the need for reforms to make the revolving door syndrome in the US more transparent.

It must be the deep state power of the US financial sector that Wall Street executives have often become the US Treasury Secretary.

At times nation states become indistinguishable from deep states as in the cases of Julian Assange and Edward Snowden.

They should be given legal immunity since their cross-questioning in open court would bring valuable additional information to the public domain.

Hacking into computer systems of foreign governments and phones of opponents and foreign officials is considered patriotic duty.

If the same persons reveal details of the questionable behaviour of their own governments they are deemed guilty of treason.

A balance between national interest and acceptable behaviour of governments is required.

The international court of justice (ICJ) could take suo motu notice to seek the unfettered freedom of whistle-blowers such as Assange and Snowden. That is probably too much to ask of sinecure judges.

Another example of the damage that deep states do is to wink at the production and smuggling of drugs.

The billions of dollars of profit involved make it impossible for government agencies to do more than pick up individual offenders.

Making non-toxic drugs legal would eliminate most of this clandestine industry.

Deep state interests clothe their resistance to any such move by heightening unwarranted fears of widespread addiction if drugs were to be low cost.

Deep states are like gigantic icebergs only one-ninth visible above the water.

Failing which ships bearing public welfare goods would continue to spring leaks or even sink.

Readers of this column may roll their eyes to say tell us something new.

Well, glaringly obvious or not deep state activities need to be highlighted and checked.

Related News: Board for Industrial and Financial Reconstruction, SICA, US, Mr Trump, Jaimini Bhagwati
SHARE THIS STORY
Print this article 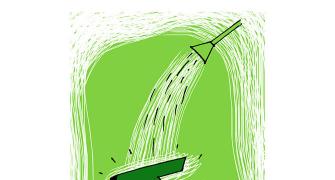 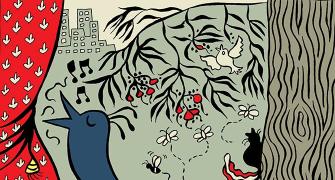 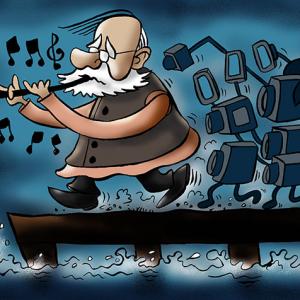