They have everything they wanted as a teenager -- only they seem to have got it all 50 years later, says ad guru Sandeep Goyal.
Illustration: Dominic Xavier/Rediff.com 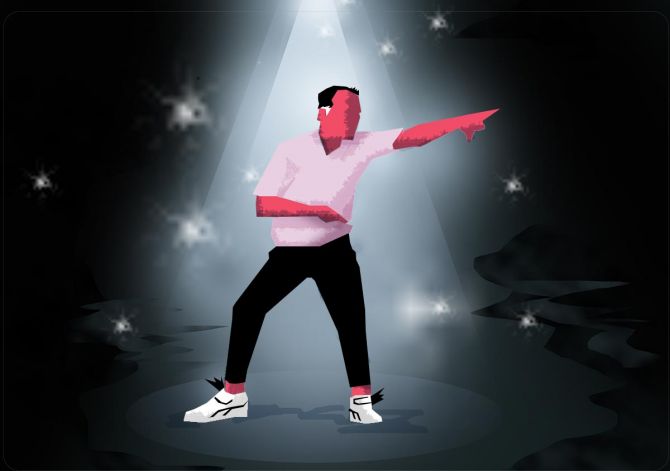 Seenagers -- 'Senior Teenagers' -- are the newest demographic cohort of interest to smart marketeers.

Yes, these are senior citizens living the life of teenagers! They have everything they wanted as a teenager -- only they seem to have got it all 50 years later.

In fact, for them it is actually even better than being a teenager as they are at a life-stage when they can choose to live their life on their own terms.

No more having to go to school or to attend college; no time-table of classes, no homework to be done; no quizzes, no exams; no money issues -- in fact abundant finances; they have their own house, own car (most times a pretty fancy one at that); no student loans to worry about; no real life responsibilities; lots of well-to-do friends and most importantly loads of freedom, and time, on their hands.

What more could you ask for?

Interestingly, today's 'Seenagers' are what sociologists have always called the 'baby boomer' generation -- loosely defined as those born between 1946 and 1964.

This was the generation labelled as hippies and yuppies; they are the ones that experienced Woodstock and the Vietnam War in the West; were enamoured of The Beatles, Bob Dylan and The Rolling Stones; and saw first-hand both boom and bust economies.

In India, a similar age segment are those born post Indian Independence till the 1965 War... all in the 55 to 70 years age-group -- those who grew up in the era when India used to win a Gold in hockey every Olympics; Rajesh Khanna was India's biggest superstar and Amitabh Bachchan represented a nation's frustrations as the Angry Young Man; you had to wait 10 years for a Fiat car booking to mature and you needed 'influence' to get a gas connection and a landline phone.

This is also the generation that gained maximally when the economy was opened up in the 1990s, creating job and wealth-opportunities that many grabbed and maximised.

A recent report by the Confederation of Indian Industry estimates that potential market size driven by affluent senior citizens (read active adults) is possibly as large as Rs 1 trillion.

The report also suggests that the 60-plus population forms in excess of 25 per cent of the cumulative bank deposits.

Interestingly, as per data analysed by the Indian Hotel Company from 2014, the revenue from the 60-plus generation on holidays has been growing at 14 per cent, year-on-year.

So, 'Seenagers' are a segment not to be taken lightly. Especially by wealth managers.

Today's 'advanced youth' sign up for everything from bourbon tastings to cigar clubs. They buy expensive second (or third or fourth) pads in communities with names like Renaissance, Bliss, Celebrate and Xanadu.

They are the biggest customers for Yamazaki, Hakushu and Hibiki whiskies from Japan which are seen to be more 'in' than single malts Aberlour, Balvenie or Laphroaig which are considered passe.

They prefer Royce chocolates, or those that come from Neuhaus, Michel Cluizel and Jacques Torres.

Why? Well, many were amongst the first to join the IITs or go to the IIMs.

They have worked at multinationals, travelled the world, imbibed good tastes and have enough money in the bank to last them to their end.

The 'Seenagers' are no longer subject to school tests ... but they are still taking tests. Only now they are called screenings, procedures and examinations, and the results decide whether they need a cataract procedure or laser surgery.

A stent, a pacemaker? Or a colonoscopy? So, these are big customers for good health services.

They are also active in the gym, take zumba classes, and are not even afraid of signing up for pilates.

Of course, there is always golf, and golfing holidays with old buddies and ex-colleagues to look forward to at St Andrews or Shinnecock Hills.

Old they may be in numerical age, but most are not daunted by technology.

In the lockdown, many were active conducting Webinars (and, of course, attending a dozen a week), joining Old Boys' alumni Zoom calls ... they have little or no fear of net-banking or travel e-bookings or hailing an Uber cab.

Traditionally, seniors in Indian society were seen through a stereotypical lens: Retired folks joining 'laughing clubs', bhajan mandlis, and living with their children and grand-children on measly pensions.

At least that was how they were portrayed in Bollywood movies (especially Baghban) and TV serials where sanskari Alok Nath invariably played the suffering, pitiable and broke retiree father, constantly at the mercy of thankless offsprings.

'Seenagers' are obliterating that portraiture. They are living up life. Not just the men-folk. But the wives too.

They are not stinging on the good things of life: As affluent couples they are dressing well, eating well, travelling well, socialising well and are not getting stymied by any &'age appropriate' norms.

To 'Seenagers', age is but a number: Totally irrelevant unless, of course, it happens to be a bottle of wine!