News
Business
Movies
Sports
Cricket
Get Ahead
Money Tips
Shopping
Sign in  |  Create a Rediffmail account
Rediff.com  » Business » PM on how to build a poverty-free India

PM on how to build a poverty-free India

This is the text of the speech of Prime Minister Manmohan Singh at 92nd annual conference of the Indian Economic Association, Bhubaneshwar:

Non-economists often describe economics as a "dismal science", but I think this is a misleading description. Economics appears dismal only because economists often focus on problems which seem difficult to solve and very often, these problems relate to the living condition of those who are not making sufficient progress, or whose progress could be threatened in future.

Malthus's original prediction about population running out of sustenance is perhaps the most famous dismal forecast. Similarly, forecasts about climate change in future and its likely effects will qualify as dismal in the extreme.

And yet, such analyses perform a very essential function. They draw attention to basic problems which, if not addressed in time, will snowball to unmanageable levels.

Our critics should remember that we economists focus on problems not to revel in them, but only to draw public attention to these issues and their possible solutions, in the hope that the attention they receive will lead to a resolution.

This is well reflected in our own experience in India with the evolution of perceptions on key issues and on how to design public policy to achieve the key socio-economic goals.

Economists have been at the forefront of thinking on these difficult issues and have taken the lead in getting new ideas accepted. However, we should also recognise that once new ideas get established, they get transformed into orthodoxy, and orthodoxy typically doesn't change when circumstances change. It is then left to other economists to enter the fray and challenge established beliefs and argue for new approaches.

Lord Keynes captured the essence of the problem when he said (and I quote) "practical men, who believe themselves to be quite exempt from any intellectual influence, are usually the slaves of some defunct economist. Madmen in authority, who hear voices in the air, are distilling their frenzy from some academic scribbler of a few years back."

The real role of the economics profession is to subject orthodoxy constantly to the test of analytical scrutiny and empirical investigation. I hope conferences such as this one will serve to do exactly that. This is precisely how progress has been made in the past. Let me illustrate by focusing on how our perceptions on the issue of growth and poverty in India have evolved over time.

The original classic work on poverty in India was "Poverty and Un-British Rule in India" by Dadabhai Naoroji, which was first published in 1901. Naoroji did not recommend a solution for poverty. He limited himself to documenting that the overwhelming majority of Indians were much poorer than the British projected and the economy therefore should not be burdened by the high taxes which the British Empire imposed on us.

It was Pandit Jawahar Lal Nehru, who first outlined the economic approach we need to follow for handling poverty. He chaired the committee on development planning set up by the Indian National Congress in 1938.

The Committee never submitted its report as it was overtaken by the Second World War, but we know that it came to the conclusion that in order to bring every Indian above the minimum levels of living standards, it was necessary for national income to increase three-fold in 10 to 15 years.

Translated into GDP growth targets, this amounted to a GDP growth target varying between 7.5 per cent and 11 per cent per year. Panditji was therefore the original exponent of high growth in the country as an instrument for removing poverty.

It took us a long time to live up to Panditji's growth target. After doing reasonably well in the First Five Year Plan, India's growth rate got stuck at low levels of around 3.5 per cent for a long time. This led to considerable rethinking and debate on economic policy.

This debate began in the 1980s and led to a series of systemic reforms in the 1990s. We moved away from the earlier paradigm of extensive government control, a suspicion of market forces and an excessive reliance on protection of domestic industry to an economy with much greater acceptance of the beneficial role of markets and greater openness to trade and foreign investment.

This change was accompanied by a great deal of debate with the economists participating actively on both sides. In a short piece published in the Indian Economic Journal in 1992, I wrote "The measures adopted by our government in the areas of fiscal policy, monetary policy, exchange rate policy, trade policy and industrial policy are well known. I invite economists of all shades of opinion to help evolve a meaningful national consensus for adjustment, revival and structural reforms so that we can build a new India which is economically and technologically advanced and is at the same time a socially just society."

Economists responded splendidly to my invitation and they were not all supportive. In the early years I recall there were many Cassandras among both economists and representatives of industry, many of whom I count among my friends, who argued that the new policies would be disastrous for the economy, that economic growth would be adversely affected and that external liberalisation especially would lead to a collapse in the balance of payments.

Much of that debate seems to be behind us at least as far as growth is concerned. The economy accelerated after 1991, then slowed down after 1997 as the world grappled with the East Asian crisis.

What do we make of this experience? As professional economists you all know that assessment of underlying trends should not be confused with cyclical behaviour. We should therefore look at the average growth rate after 1991.

Based on this experience I feel we can be reasonably certain that those who claimed that the new policies would have an adverse effect on growth or the balance of payments were clearly wrong.

However, there was another, and in my view very important criticism of the new policies, which also needs to be addressed. This relates to whether reforms would adversely affect the poor.

This criticism surfaces in different ways. Some argued that the new policies would make the rich richer and the poor poorer, and the percentage of the population below the poverty line would increase. Others focussed on a possible worsening of urban-rural differentials. Still others focussed on regional inequality.

As far as poverty is concerned, the facts are quite clear. The percentage of population below the poverty line has certainly not increased. In fact it has continued to decline after the economic reforms at least at the same rate as it did before. It is true that the rate of decline has not been faster and I personally feel it should be but that it has declined there is no doubt.

At this stage, I should emphasise that all the discussion on trends in poverty is based on the NSS survey data and the latest large sample estimate of the NSS is available only for 2004-05. We do not as yet have the next large sample estimate for 2009-10, which should be available a year from now. Since the period of rapid growth of the economy was largely after 2004-05, we will have to wait for a year or two to know its impact on poverty.

Based on available evidence we can make the claim that there is no evidence that the new economic policies have had an adverse effect on the poor. However, I would readily agree that what has been achieved is not enough. Much more needs to be done and the decline should have been faster than we have experienced.

There is no doubt in my view that poverty remains a major challenge. Our poor are still too poor and we need to do much more to improve their standard of living. To this end, the economy has to grow fast enough to create new job opportunities at a rate faster than the growth of labour force.

Our goal is inclusive growth and this has been explicitly enshrined in our Eleventh Five Year Plan. To achieve our objective of inclusive growth, we need to pay much greater attention to education, health care and rural development focusing particularly on the needs of the poor  Scheduled Castes, Scheduled Tribes and Minorities.

We have to make efficient and economical use of our scarce natural resources, particularly land and water. Special attention has to be paid to increasing agricultural productivity, particularly of small and marginal farmers.

In industry, more systematic efforts have to be made to help small firms in mobilizing resources for their growth. Overall, greater emphasis has to be laid on reforms of the systems of governance so as to reduce the scope for corruption, lower the transaction costs of starting new businesses and create of an environment conducive to promotion of innovation and risk bearing.

Going beyond these concerns, we face new problems which pose very difficult challenges. Issues arising out of climate change and its impact give rise to new concerns about a sustainable path of development.

Sustainable development gets intimately linked with energy efficiency and energy security. It also poses complex problems of global equity in burden sharing. An optimal solution to the climate change challenge is only possible if the world can find ways to reach a mutually satisfactory collective solution. Economists have much to contribute to our understanding the complexities involved and finding constructive solutions.

I invite the Indian Economic Association to respond to these challenges, by stimulating reasoned debate on all these issues. Your work can help bridge differences and help us build a socially just society. In the words of Gandhiji, we must strive "to wipe every tear from every eye" to make India a just, prosperous and inclusive society.

We and indeed the world, must also be guided by Gandhiji's other dictum "Earth provides enough to satisfy every man's need, but not every man's greed." 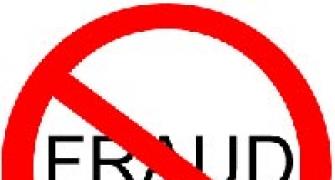 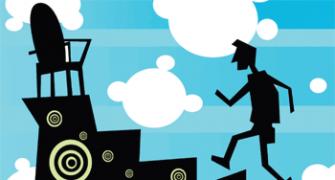 Quotas for Muslims: Cong's next self-goal?

India not in same league as US, China: Analyst