The panel has not been given a detailed mandate, but the first meeting of the panel suggests it has considered revamping the forest governance regime in the country, says Nitin Sethi. 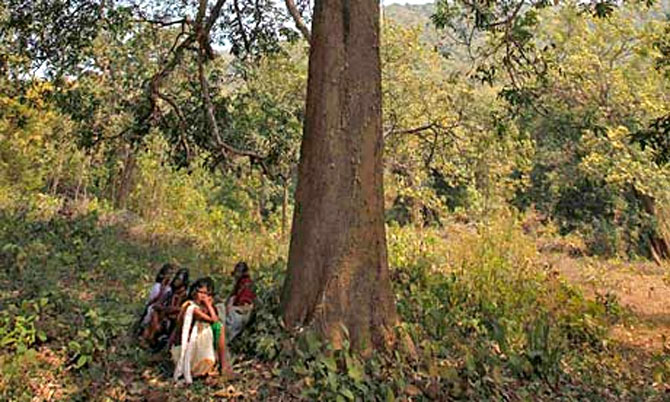 The Union environment, forests and climate change ministry has constituted an 11-member committee to revamp the Indian Forest Act, 1927. The panel has not been given a detailed mandate, but the first meeting of the panel suggests it has considered revamping the forest governance regime in the country.

The government is yet to announce the formation of the committee in public. News of the government planning to review the law was leaked earlier and the minister, Anil Madhav Dave, had said the idea was to make forests more productive under new laws.

The panel was constituted on September 23 and has already had one meeting of some of the members. It has four senior forest officials from the ministry on board along with the head of forestry departments of Madhya Pradesh, Chhattisgarh, Maharashtra and Manipur.

It also has three non-government experts on board: Ravi Singh, secretary-general of the non-profit wildlife group WWF; Sanjay Upadhayay, a Delhi-based environmental lawyer; and Shankar Srivastava, a government-empanelled lawyer for the Bhopal bench of the National Green Tribunal.

It is to be chaired by the country’s senior-most forest officer, the director general of forests.

The committee is likely to submit a report in three or four months though neither a deadline nor specific terms of reference has been set for it. The government notification merely says the committee formed with the approval of the minister shall “look into various aspects regarding amendment in the Indian Forest Act, 1927”.

Forest governance is regulated by three central laws in India: The Indian Forest Act, 1927; the Forest Conservation Act, 1980; and the Forest Rights Act, 2006. The first deals primarily with demarcating, settling and classifying forest lands, regulation of timber and other forest produce and destruction of forest property. The Forest Conservation Act, 1980, deals with diversion of forest lands for industry and other purposes. The latest of the three, the Forest Rights Act, gives back rights, powers and duties to manage traditional forest lands to tribals and other forest dwellers, which were taken over during and after the colonial era under previous laws.

With forest land being a concurrent subject, some states have their own amended equivalents of the Indian Forest Act.

Business Standard spoke to two sources aware of the details of the first meeting. Both confirmed that it was a preliminary one attended only by members in Delhi. It discussed the options of making the forest regime more amenable to private sector involvement with safeguards, reclassification of forests, including wastelands on the basis of their productivity and a certification regime.

The discussions also revolved around reforming the process of diversion of forests and looking at how to prioritise areas that can be diverted for industry to protect better forests. The issue of synchronising the Indian Forest Act with the provisions of the Forest Rights Act was also mentioned, as was the need to ensure special dispensation for the northeast region and scheduled areas.

“It was a meeting where ideas were put up. We have not got a fixed mandate but the idea is to update the law in keeping with the changes that have taken place over time,” said one of the sources.

Earlier, too, governments have tried to amend the law and at least two drafts were prepared during different governments but the process did not reach its logical conclusion. “It is a complex challenge keeping in mind that the forest land as a subject falls in the concurrent list and the states would have been brought on board for whatever changes one thinks of,” the second source said.

The existing forest laws do not have a clear definition of ‘forests’ though it defines forest lands. Forests can be found growing outside lands that are demarcated as forests and disputes over tens of thousands of hectares of lands continue due to different classifications of these areas in different government records.

The Supreme Court had laid down a functional definition of forests as an interim measure extending the application of the green laws to all forests regardless of whether they fell in identified forest lands or not.

The ministry had previously prepared an alternative definition of forests, but it is now expected, as minister Dave said, to be incorporated in to the revised Indian Forest Act.

Similarly, the government had a year ago tried to open forest lands to private parties for afforestation through the public-private partnership mode via executive guidelines. This has been a controversial move, mooted repeatedly over decades, as it is expected to impact the livelihood of millions of forest-dependent people whose rights are often not recorded under the colonial era laws.

The executive guidelines did not fly and the committee is now expected to settle this issue, while also proposing the amendments to the forest law, sources said.

“But, this was a first meeting more to look at the possibilities and get ideas. There is no draft as yet or an agreed set of objectives. The next meeting is likely within October,” said one of the sources.

The panel has been set up after the government put out a new draft forest policy and hastily withdrew it after it came under fire for being anti-tribal and trying to dilute forest-dwellers’ rights under the Forest Rights Act.

It is yet not clear if the committee would invite comments from people in general or specific experts for inputs before the finalisation of their recommendations. 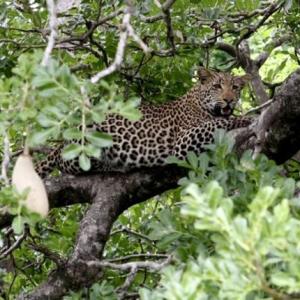