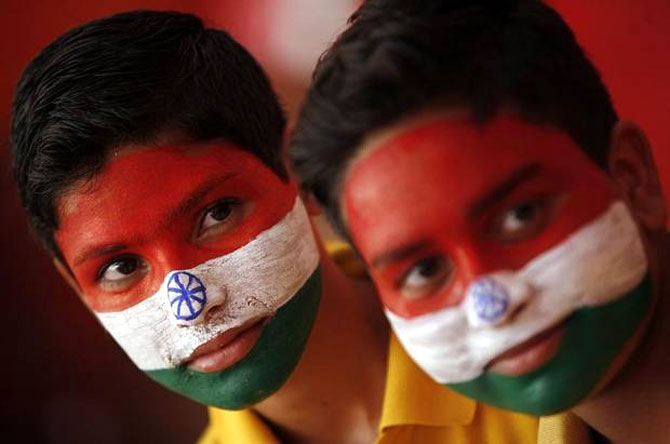 There is much to like about The Rise And Fall Of Nations by Ruchir Sharma.

For starters, the author paints on a broad canvas, speaking with equal ease about developed markets and emerging markets alike, from the United States to Uruguay and from Chile to China.

He starts by highlighting the 'impermanence' of economic phenomena and the consequent fallacy of engaging in straight-line forecasting, something markets got caught up with 'Before the Crisis' of 2008 (cleverly labelled as the 'BC' period).

He then goes on to paint a much more dour picture of the world 'After the Crisis' (AC), lamenting with almost biblical fervour about how 'this is a world disrupted' and 'illusions of widening prosperity that defined the pre-crisis era are finally spent,' manifested most clearly in the diminished expectations surrounding most of BRICs countries in recent years.

The aim of the book, however, is much more focused on coming up with a set of '10 rules of change' to spot the 'next booms, busts, and protests' not for the indefinite future, as the title may suggest, but instead for the more 'practical time horizon of five to 10 years.'

Most of these rules should not come as a surprise to economists: Excessive inequality, excessive State intervention, rabid and sustained inflation, inadequate investment, unsustainably high debt are all detrimental to sustained economic prosperity.

But even while some of these may be obvious, the real contribution of the book is to bring them alive for the non-technical reader through an endless reservoir of fascinating examples and anecdotes across countries and continents.

Take the case of inequality.

Rather than describe this important issue dryly through gini-coefficients that are published infrequently, the author proxies inequality by the quantum of national wealth that is concentrated among billionaires, arguing that total billionaire wealth has averaged 10 per cent of GDP, both in emerging and developing countries.

Therefore, ratios much above this are likely symptomatic of crony capitalism and excessive concentration of wealth which would eventually choke off the growth process.

Interestingly, India has done very well on this dimension in recent years. Between 2010 and 2015, India saw one of the sharpest global gains in 'good billionaires' who saw their total fortunes rise 22 points to 53 per cent of total billionaire wealth.

But at least the author is able to come up with a real-time, dynamic, ingenious measurement of inequality that correlates well with changing economic circumstances across a variety of countries.

That said, the author reserves his greatest passion and persuasiveness for his leitmotif: That the disappointing global recovery post 2008 and diminished global growth prospects are a direct reflection of adverse demographic changes around the world.

He motivates this by pointing out that half the average global growth of 3.5 per cent since 1960, can be explained by labour force participation growth -- underpinned by healthy population growth -- and the remaining half from productivity gains.

While both sides of the equation are slumping, the productivity slowdown is harder to measure and explain, and so he focuses on the fact that slowing working age populations -- with those in Italy, Germany and Japan already shrinking -- remains the unappreciated threat of our times.

It's indisputable that adverse demographics will be a key headwind for the global economy in the decades to come. But the question is, given how sluggishly demographics evolve, do they remain the dominant threat over the next 5 to 10 years, which is the time horizon that the book focuses on?

Consider this: The US' potential growth is estimated to have fallen from 4.4 per cent between 1995 to 2005 to 1.8 per cent over the last decade. Yet, of the 2.6 per cent slowdown, slowing labour force participation rates explain only 0.3 per cent -- or just over a tenth of the slowdown.

Even comparing the last decade to the 1975 to 1994 period, labour force participation rates only explain only half the slowdown in the United States. And this too, over a 20-year period. For shorter time periods, it would explain a smaller fraction.

So while the evolution of the working force population -- the first rule of change -- undoubtedly matters from a 20 year perspective, is it the best predictor of performance over the next 5 to 10 years?

Or will the dominant challenges remain reducing excess capacity in China, boosting private investment in India, and moving from monetary stimulus to regulatory and structural reform in the advanced economies -- all of which have slowed productivity growth?

Furthermore, for those countries that do experience a working age boom (India included) is this an opportunity or a threat?

The book examines 698 cases of country-decades from 1960 to 2000, to find that 60 per cent of these had population growth rates above 2 per cent -- the key threshold that the book identifies as being important.

However, only a quarter of these resulted in an 'economic miracle' defined as 6 per cent growth for a decade.

So population growth is not a sufficient condition for an economic miracle. Au contraire, with manufacturing getting increasingly automated, and the cost of capital at all-time lows inducing entrepreneurs to substitute labour with capital, job creation remains the dominant challenge of our times.

Against this backdrop is a rapidly growing working-age population a prerequisite for growth or a social tinderbox?

All told, however, this is an eminently readable book and the author buttresses his '10 rules of change' with a war-chest of examples to make a persuasive case for a general audience.

The facility with which he is able to span decades, continents and economic eras stems, in his own words, from '25 years on the road, trying to understand the forces of change, both in theory and in the real world.'

One can always quibble that the rules are back-fitted and their true test will be their predictive power over the next decade. Or that there are so many rules that the system is over-determined and that any country that follows most of them will almost, tautologically, have to be doing well.

But the fact is the world has been turned upside down since the crisis. And many of the old orthodoxies have been challenged.

Amidst this fog, the book provides important clarity for a general audience to separate signal from noise.