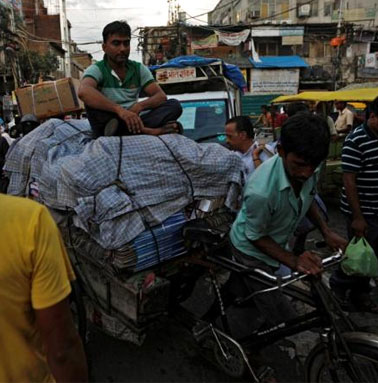 The prime minister is aware that whatever be its consequences, a new taxation regime cannot be launched closer to the general elections in 2019. Thus, any date after April 2017 for the launch of GST is risky, says A K Bhattacharya. 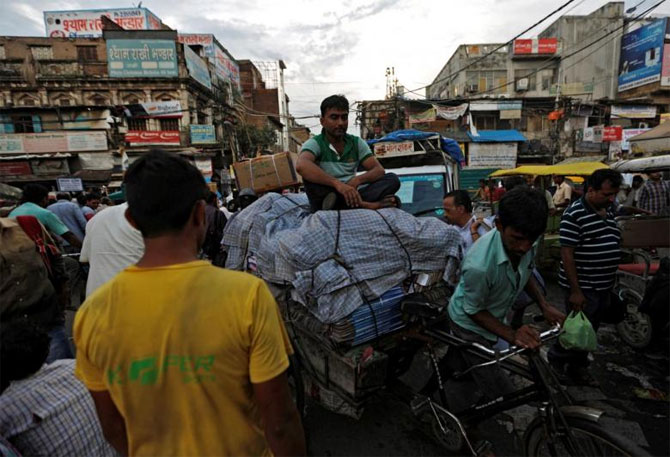 Contrary to an earlier impression that the roll-out of the Goods and Services Tax (GST) may be postponed to the middle of next year, there is now clarity within the Union government that April 1, 2017 will be the date for launching the new indirect taxes regime.

Until a couple of weeks ago, there were many doubts over the advisability and feasibility of rolling out GST from April next year.

But as it happened in the cases of setting the target for Jan-Dhan Yojana accounts or the launch of the auctions regime for coal mines, it is Prime Minister Narendra Modi who has put his weight behind implementing GST.

This is significant. Once Modi has told his ministerial colleagues and the key secretaries that GST should be enforced from the next financial year, the entire government machinery is now treating the roll-out date as beyond debate.

This is significant for another reason. There is no doubt that GST will entail several political risks. Not all states have completely bought into the idea and some of them may resist its roll-out, which may create disruptions and complications for traders and consumers alike.

There is also the fear that inflation may spiral out of control after the launch of GST. With important state elections scheduled to be held from the middle of next year, GST and its implications could become a convenient political tool for parties opposed to the Bharatiya Janata Party (BJP).

So, what gave Modi the confidence to go ahead with GST from the coming financial year?

One, Modi realised that whatever be the consequences of GST, a new taxation regime cannot be launched closer to the next general elections.

Thus, any date after April 2017 would be politically risky. So, the options before Modi were either to launch it as has now been planned or postpone it to after the next general elections in the first half of 2019. Given GST’s transformational impact on the economy, Modi opted for an earlier date.

Two, the prime minister seems to have been convinced that fears of a price rise after the launch of GST are exaggerated. Experts have pointed out that the combined incidence of indirect taxes (including central excise and state-level value-added tax) is between 27 and 30 per cent, much higher than the revenue-neutral rate under GST.

Thus, as far as goods are concerned, the GST impact would be less than the current incidence of taxation.

The risk of inflation is certainly real with regard to the service tax, which at present is levied around 15 per cent. But the overall incidence of service tax can be contained and even brought down if the applicability of service tax component in GST is modified through appropriate rebates.

Already, for many services, the service tax is levied only on a small share of the total service bill. If the GST Council can make sure that the incidence of service tax component in GST is reduced through appropriate rebates, the overall inflationary impact as a result of the new taxation regime could be significantly contained.

Yes, manufacturers and traders could still play havoc by jacking up prices using the excuse of GST. But then central and state revenue departments will have to monitor the situation closely to prevent its misuse. In other words, the fear of inflation is there, but this can be managed and any unusual rise in prices can be reined in.

Three, there have been some uninformed discussion over increasing the list of goods and services that would be exempted from GST. The fact is just the opposite.

Finally, the amendment to the Constitution for introducing GST has provided for inclusion of all petroleum products in a time frame to be decided by the GST Council.

Thus, crude oil, gas, aviation fuel, petrol and diesel, which will now be excluded from GST, can be brought within its ambit once the GST Council approves this. The government expects that the entire petroleum sector could thus be brought under GST within two years after its launch, that is, by April 2019.

No surprise then why Modi is batting for the launch of GST from next year.