If the RBI governor's logic holds, the rupee is far from being extremely overvalued, says Abheek Barua. 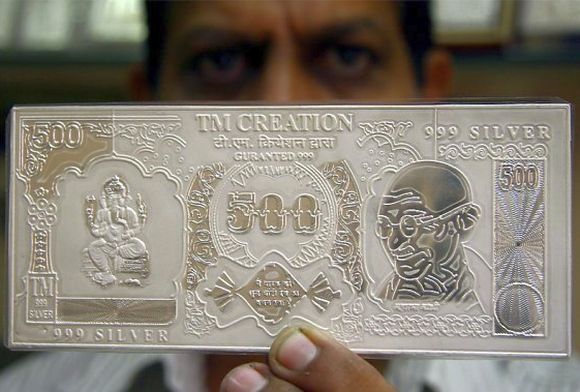 Governor Raghuram Rajan has over the last few months successfully fended off the armada of questions floated by the media on what the Reserve Bank of India (RBI) believes is a fair value for the rupee.

He has chosen to fall back on the central bank's time-honoured tradition of affirming that it has no view on the exchange rates; it is merely bothered by excess volatility in the rupee and it intervenes in the currency market only to quash this jumpiness.

This comes at a time when the RBI has bought dollars aggressively whenever flows have picked up, and one could construe this as a signal that the RBI is implicitly uncomfortable with a particular level of the rupee.

It also comes at a time when commentators have grown increasingly agitated about the "overvaluation" of the rupee and its impact on the trade balance.

The six-country real effective exchange rate (REER), the common gauge for measuring these things shows an overvaluation of about 25 per cent in March 2015 using 2004-05 as the base year. However, while the RBI might not have an official view on the exchange rate, one can find Dr Rajan's "personal" view if one cares to trawl the World Wide Web.

There is a famous theorem called the Balassa-Samuelson theorem which says that the real effective exchange rate should appreciate at the productivity differential between you and the rest of the world.

So if we have four per cent inflation, then our real effective exchange rate is appreciating at the rate consistent with the Balassa-Samuelson theory.

So if we don't want a constantly depreciating rupee, four per cent is about where we should be relative to the rest of the world. And then because we are entering a new process, the two per cent band gives us room to deal with uncertainties.

So if Dr Rajan's logic holds, the rupee is far from being extremely overvalued with inflation coming down to less than six per cent. But should one buy this logic?

My view is that if one keeps the Balassa-Samuelson theorem out of it, Dr Rajan does provide a neat rule of thumb that captures the effect of both the capital and the current accounts on the exchange rate.

The inflation differential, on the other hand, measures competitiveness, and in a fuzzy macroeconomic way determines the outflows on the current account.

Put the two together and we have what could be seen as an "equilibrium" value for the rupee.

The problem, however, lies in roping in the Balassa-Samuelson theorem. The way Rajan appears to have interpreted Balassa-Samuelson is to effectively suggest that a productivity advantage in exports offsets the loss in competitiveness that the inflation difference might entail.

The problem lies in the measurement of productivity. The common tack of using GDP growth differences might not capture the improvement in export productivity.

For one thing, GDP growth in India at least is pulled up to a large extent by the performance of the non-tradable services sector (hotels, transport, banking and insurance, and the like) and their impact surely has to be netted out to arrive at a reliable productivity measure for exports, particularly for manufacturing.

Second, we know that domestic exports suffer from a plethora of problems ranging from poor infrastructure to an interventionist inspector raj and surely, this puts a lid on productivity gains.

A more pedantic critique of the Balassa-Samuelson theorem delves into the mechanism that underpins its logic. Productivity gains in the exports sector lead to a rise in wages that spills over to the non-tradables sector - which might not have witnessed a commensurate gain in productivity. This pushes up the price of non-tradables and jacks up consumer price inflation.

Since these are, by their very definition, not traded, their contribution to inflation needs to be removed to arrive at a correct gauge of the rupee.

The way to do this, under some restrictive assumptions, is to adjust the REER for productivity.

Thus, a first step would be to examine whether the Balassa-Samuelson theorem holds at all in the Indian case, given that labour markets are hugely fragmented given the diversity of skill levels, and wage transmission from one sector to another is difficult. However, it is important to listen to what Dr Rajan is saying.

For one thing, there is unlikely to be a sharp wedge between the central bank governor's "personal" view and the official stance on the exchange rate.

Second, it is a comprehensive summary of the different forces acting on the rupee that, in turn, underscores the difficulty of actually managing (or is manipulating the right word?) the exchange rate in the presence of an active capital account - however much our agitated commentators wring their hands or accuse the RBI of smoking substances that mom doesn't quite approve of.

However, his analysis falls considerably short of proving that exports remain competitive. If at all, it reopens the debate on capital controls that prevent excessive appreciation and help our trade balance. That's another story. 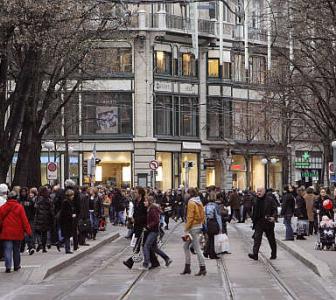 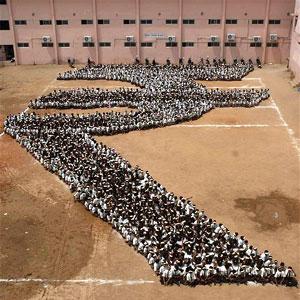 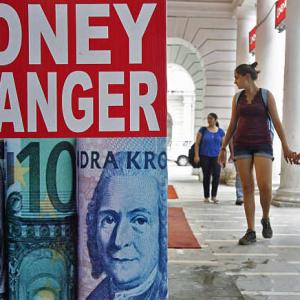