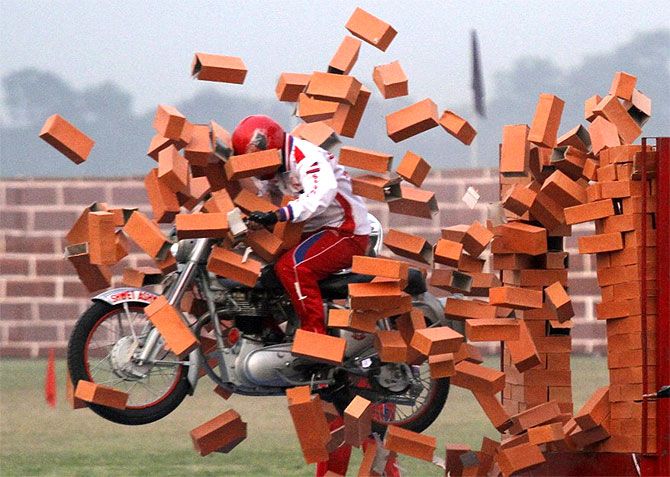 In all likelihood, it will be announced in the Federal Open Market Committee meeting on September 16-17

This article is in two parts. In the first, I show why the US data clearly points to an interest rate hike by the Federal Reserve.

This is underscored through five simple graphs.

The second part discusses what our policy-makers and the Reserve Bank of India need to do in such a context.

Now for the US economy. As Chart A shows, despite odd downward blips, the annualised quarter-on-quarter gross domestic product growth for the US is up and running. Fears of ‘double-dip’ recession have long disappeared. In April-June 2015, the country recorded 3.7 per cent growth.

Chart B shows how US non-farm unemployment has steadily fallen from a high of 10 per cent in October 2009 to 5.1 per cent in August 2015.

That is only 1.2 percentage points above the lowest-ever unemployment rate in the last 21 years.

Besides, the speed at which unemployment has been reducing in recent times suggests that it will continue going south.

This is corroborated by Chart C, which shows that the US is creating almost 200,000 extra jobs per month.

The US labour market is much stronger than before, with little or no slack left in the system.

The debt overhang of US households has also reduced.

The US Federal Reserve has two definitions of household debt servicing: (i) the debt-service ratio, or the payment on account of mortgages and consumer loans per post-tax dollar of household income, and (ii) the financial obligation ratio, which also includes rents on tenant-occupied property, auto lease rentals, homeowners’ insurance and property tax payments.

As Chart D shows, both are at their lowest since January-March 2005.

When you put all these together -- plus the fact that housing starts have picked up as have property prices across most parts of the country -- it is clear as day that Janet Yellen, chairman of the Board of Governors of the US Federal Reserve, can no longer push back the rate hike.

In all likelihood, it will be announced in the Federal Open Market Committee meeting on September 16-17, 2015; or, at the latest, in the FOMC meet on October 27-28.

The hike will be of 25 basis points.

Now to the second part of this piece: what should we do?

Some days ago, Prime Minister Narendra Modi, with his finance minister, the governor of the RBI and a host of senior bureaucrats, met with industrialists and economists.

The industrialists were exhorted to be ‘risk takers’ and start investments.

Fair enough. But for the investment cycle to take off, the government also needs to do its bit. Here are a few suggestions.

First, there is a clear case for reducing interest rates -- not by 25 bps, which will disappear into the coffers of banks, but by two sharp cuts of 50 bps each, possibly coming in close succession.

Here’s why. Despite a poor monsoon, the cost structure of the economy is better than before, thanks to historically low prices of crude oil, minerals and metals. Moreover, when it occurs, India is typically hit by cost-push, and not demand-pull, inflation.

I have not yet understood how high interest rates can control the cost of onions, sugar and edible oil.

Two cuts of 50 bps each will create a different set of expectations and release animal spirits that came out in the open after Modi’s victory but then got capped on seeing little progress.

I doubt if the RBI governor will follow this advice.

A person of great learning and capability, he has possibly one drawback -- that of thinking in terms of 25 bps moves.

Second, the case for infrastructure spend.

He also said there would be five new ultra-mega power projects of 4,000 Mw each.

We haven’t seen much of these initiatives.

Unless the Prime Minister immediately forms a tight inter-ministerial group, which closely monitors the status of each project on a monthly basis to create the urgency it deserves, I fear the big infrastructure dreams of the Budget might remain dreams.

Third, the goods and services tax.

With the monsoon session of Parliament washed out and given the obstinacy of the mother-and-son duo and their loyalists, it is difficult to see how this will come into play from April 1,  2016.

Somewhere, somehow, a constructive bi-partisanism has to be brought in to clear this important legislation.

The Budget speech spoke of replacing a dysfunctional Sica (Sick Industrial Companies Act) and the BIFR (Bureau for Industrial and Financial Reconstruction) by comprehensive, best-in-class bankruptcy code by 2015-16. When will this see the light of legislative day?

My limited point is this.

If we seriously concentrate on these four issues, we will not only limit the damage caused by China, shaky emerging market sentiments and an outflow on account of rising US interest rates, but also chart the path to higher growth. Can we, for the nation’s sake, see some of this focus?