Not just the govt, India Inc, too, is responsible for the current mess

Everyone complains about the weather (goes the old wisecrack), but no one does anything about it. In contemporary India, there is near unanimity about the government having created a mess, but no one looks at the state of his own backyard. It is time business did that. There is good reason to complain about the government’s policy paralysis, procedural bottlenecks, laws that cannot be implemented, arbitrary changes of rules on taxation, rules that do not provide a level playing field, and macroeconomic mismanagement - all of it combining to change the “India story” quite decisively. But how about businessmen giving a thought to how they themselves might have contributed to that changed story? 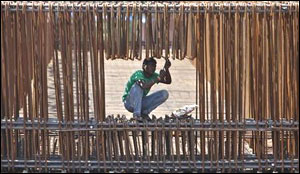 It is also business that over-borrowed and over-invested, piling up mountains of debt that companies are now struggling to get rid of. The resultant over-capacity and stressed balance sheets have combined with the banks’ lack of resources (locked up partly in old loans that have gone bad) to become important causes for the lack of fresh investment.

And now, as the country considers the prospect of a foreign exchange problem, it is once again business that has exposed itself by piling up external debt, most of it not hedged to protect against foreign exchange fluctuations. As happened in South Korea during the Asian crisis, enterprise-level risk could provoke a broader macroeconomic crisis.

The cliché has it that in India it is government that is bad, and business that is good. A popular book even argues the thesis, initially put out as a wisecrack, that India grows at night because that is when the government sleeps. But business would be nowhere if the government did not create the environment in which it functions. The tech guys who were around at the time know pretty well that the government took key decisions in the 1990s, which made the software services revolution possible; so also in telecom. So this is not a simple bad cop-good robber story; there is plenty of good and bad on both sides.

The fact is that business has paid a pittance for farmers’ land, indulged in widespread illegal mining of iron ore and other minerals, and cheated on the commitments they gave with regard to environmental protection. In different ways, they are now paying the price for these and other transgressions. But in every case, the original problem was created by business, which now complains of the fallout.

The old ways of doing business cannot go on if India is to do better. There are too many watchdogs prowling out there for that to happen. But a government that is desperate to revive investment and growth any old how, in order to salvage its decade in office, is busy pretending that it can go back to being business-friendly rather than market-friendly, and that blaming the messenger who brings word of scandal is a good way to exculpate itself for the past. If business thinks likewise, we will all be condemned to relive history.