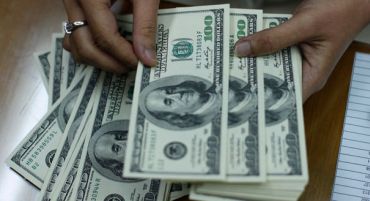 Whatever the ostensible motives, the government’s serial relaxations in foreign direct investment limits on Monday deserve praise for moving the economy in the right direction.

But they do not live up to the promise made by the government that the easing of restrictions on foreign investment in many sectors would make India the most open economy in the world.

Several of the relaxations suffer from the old problem that bedevils doing business in India; they are hedged by conditions that expose them to bureaucratic interpretation.

The scope for discretion, thus, remains.

The rules for single-brand retail are a case in point.

Having stipulated 30 per cent local sourcing norms for single-brand foreign retailers, the government initially opened the door for a relaxation by granting exemptions for Ikea and fashion chain H&M, and promising a case-by-case consideration for others, including Apple for its fully-owned signature stores.

This discretionary approach was faulty to start with.

Now, the government has constrained the scope of this small reform further by limiting the sourcing norm relaxation to three years (from an unspecified period before), an ironic example of imposing a restriction in the interests of clarity.

First, it is hard to understand why “state-of-the-art” and “cutting edge” retail products should be set apart for preferential treatment.

Second, who decides what these terms mean and which products can be deemed to be imbued with such qualities?

This odd proviso makes it hard to ignore signs of corporate lobbying.

The complex tinkering stands in contrast to the bold move to allow 100 per cent FDI in trading food products manufactured or produced in India, including through e-commerce, which holds the potential of being a game changer in terms of food inflation and farm incomes.

In the main, however, the overarching retail policy remains confusing; it makes little sense to dice retailing activity into single, multi, e-commerce and wholesale and then stipulate different rules for each sector.

Had the government done away with these distinctions, India could have had a stronger claim to the title of the world’s most open economy. The relaxation in defence production also reflects the government’s lack of clear thinking.

It has allowed FDI beyond 49 per cent (subject to government approval).

This change would have been eminently acceptable had it not been for the strange addendum: the relaxation would be allowed for cases “resulting in access to modern technology in lieu of the state-of-the-art technology”.

Who is to decide what is “modern” as opposed to “state-of-the-art”?

On a broader scale, the government could well have used the opportunity to remove sectoral caps on FDI altogether, bar some strategic industries.

It is difficult to understand, for instance, the logic of a 74 per cent limit on brownfield investments in pharmaceuticals under the automatic approvals route when aviation and television broadcasting technology have been rightly allowed 100 per cent FDI.

In short, the government has certainly taken a big step towards opening India for business; but it has not made the giant leap that was needed.