It's possible to curb tax evasion using high-end technology. But it requires an honest intention to make use of the treasure trove of data that is captured, points out Harsh Roongta. 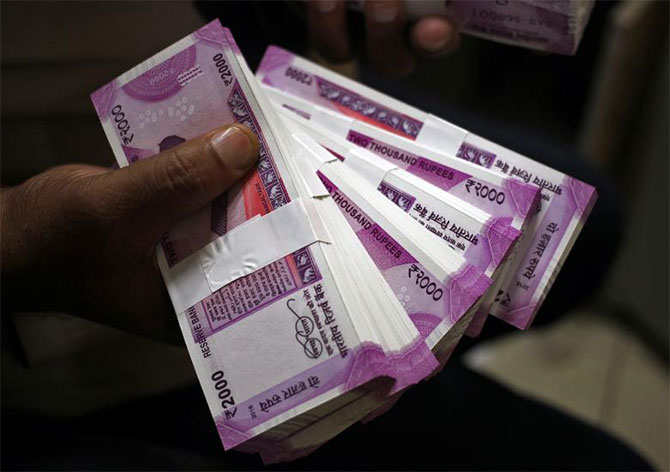 Tax evasion will soon be history in India - this was the headline of a WhatsApp message that I received recently.

The message recounted how the tax department had built a big data application called Project Insight that has been developed over the past decade at an expense of Rs 1,000 crore.

It will also keep a tab on social media posts to track your foreign travel, luxury spends, and correlate it to your declared income, and sound an alert where needed.

Project Insight will feature an integrated information management system, which will harness machine learning to help take the right step at the right time.

A quick search on the web informed that Project Insight is supposed to have been launched since 2015.

My mind turned to whether a project such as this can be used to curb tax evasion.

The answer is an unequivocal yes.

But it requires active usage with an honest intention to be able to make use of the treasure trove of data that Project Insight throws up.

A bright young Indian Revenue Service officer in the tax department revealed that while he did get a lot of raw data (say, spending on jewellery by one of the taxpayers), he was expected to do all the cross-checking himself.

Given the workload that he has, he finds it virtually impossible to make use of the data.

I have two namesakes in my immediate family.

One of them is about my age, and another nephew is in the same broad profession.

Imagine the confusion that will be caused by collating our social media feeds together.

If the information leads to a negative inference (say a large amount spent on a foreign trip by one of my namesakes) which I have obviously not reported (since I did not undertake it), the assessing officer will simply take the most adverse view possible and make suitable additions to my income.

'You can get it reversed in appeal' is the constant refrain that one hears.

Meanwhile, I would be expected to pay up 20% of the inflated tax on the 'unexplained expenditure' that I should not have paid in the first place.

This is the issue.

Even though the technology is capable of being put to great use, its usage in the hands of officials is unlikely to yield results.

Project Insight, as and when it is officially unveiled, can have a significant impact on tax evasion.

But it will require the income-tax officials to be well trained to use the data.

Also, the right motivation needs to be provided to them, rather than just a super high target that leads to harassment of taxpayers.

If only they can be motivated to use the data in such a way that 'tax evaders' not only agree to the additions, but also pay up the taxes without disputing it in appeal, then, and only then, can we say that 'tax evasion will soon be history in India'.