News
Business
Movies
Sports
Cricket
Get Ahead
Money Tips
Shopping
Sign in  |  Create a Rediffmail account
Rediff.com  » Business » A family so rich they didn't know they were being robbed!

A family so rich they didn't know they were being robbed!

'The D K Adikesavulu clan is so wealthy, owns so many houses, and has so much jewellery,' notes T V R Shenoy, 'that it did not notice a servant stealing at the rate of Rs 66 lakh every year!'

As I write Shafi Parampil and Hybi Eden, both Congress MLAs, are on the sixth day of a fast that began on September 28. Anoop Jacob of the Kerala Congress (Jacob), who was accompanying them, had to be taken to hospital.

The three MLAs are protesting against the deal struck by the Pinarayi Vijayan ministry with 13 'self-financing' (private) medical colleges over fees.

A few hundred kilometres away, the income tax authorities were in the final stages of a multi-day raid on the properties of the D K Adikesavulu business empire. They found Rs 43 crore (Rs 430 million) in cash and up to Rs 265 crore (Rs 2.65 billion) worth of unaccounted assets.

Take the fact the D K Adikesavulu group runs colleges, and you could be excused for reaching the conclusion that the three MLA.s in Kerala have a point in saying that private educational institutions mint money by extracting it from students.

The suspicion is understandable, but is it true?

Educational institutions are a single tentacle of the giant octopus that is the empire founded by the late D K Adikesavulu Naidu.

He made his fortune in the liquor industry -- where his business associations included Vijay Mallya. Adikesavulu Naidu would later take over the Mallya Hospital in Bengaluru. The Mallya Hospital and the Vydehi Medical College and Hospital were reportedly the focus of the IT raids.

Joining the Telugu Desam, he became the MP for Chittoor in the 14th Lok Sabha. It wasn't a great time to be a Telugu Desam MP -- there was a Congress prime minister in Delhi and a Congress chief minister in Hyderabad -- but Adikesavulu Naidu found his opportunity in 2008, switching sides once again during the infamous 'Votes for Notes' confidence motion.

When D K Adikesavulu Naidu died in April 2013 the reins were picked up by his wife, D A Sathya Prabha.

Inheriting his political antennae as well as his businesses, she switched the family's loyalties a third time, and is currently the Telugu Desam MLA for Chittoor.

Frankly, nobody seems to know where the Rs 43 crore in cash and Rs 265 crore in other assets came from. The family itself seems a bit vague on the subject.

Here is the weird part: I believe them.

Quite frankly, I had forgotten -- if ever anyone mentioned it to me -- all about D K Adikesavulu Naidu's role in the 'Votes for Notes' scandal. But I do have a clear recollection of a certain incident related by friends from Karnataka.

Four years ago, in October 2012, the Bangalore police arrested a suspicious character selling jewellery. It turned out to be a servant at Adikesavulu Naidu's house in Bengaluru.

Now comes the bit that boggles the mind -- the man had stolen jewellery worth Rs 2 crore (Rs 20 million) over a period of three years without the family finding out.

The D K Adikesavulu clan is so wealthy, owns so many houses, and has so much jewellery that it did not notice a servant, in effect, stealing at the rate of Rs 66 lakh (Rs 6.6 million) every year!

So, yes, I can understand how D A Sathya Prabha was unclear about how so much cash happened to be lying around her various properties.

Wrenching myself away from this peek into the world of the wealthy, are Shafi Parampil, Hybi Eden, and Anoop Jacob correct that the Pinarayi Vijayan ministry is helping private educational institutions victimise poor students?

According to Health Minister K K Shailaja, the government of Kerala and the managements have agreed to a multi-tier formula of pricing.

Without commenting on the merits of the argument the Supreme Court has refused to judge, so how can I?. I have a different question. Why is everyone talking about the quantum of money and not the quality of the education?

Let us step back a little. At the beginning of the century the Chinese government decided to improve the quality of higher education. As a first step, it decided to benchmark its institutions against the best in the world.

Rather to their surprise, the Chinese found that there was no system of ranking, and decided to create one. Thus was born the 'Academic Ranking of World Universities' (better known as the 'Shanghai Ranking').

No Indian university makes it to the Top 100 on any of the three lists. However the ratings inspired the Union HRD ministry to prepare a 'National Institutional Ranking Framework'.

The highest ranked institution in Kerala is the Indian Institute of Space Science and Technology, a central university under the Department of Space in Delhi.

The only purely Kerala college making it to the Top 100 is the Cochin University of Science and Technology (No 30).

(Those interested shall find the complete list at https://www.nirfindia.org/univ . There are separate lists for 'Engineering', 'Management', and 'Pharmacy'.)

Keralites boast of being India's most literate state, so it is depressing the Union HRD ministry says Haryana has more colleges making the cut, with Guru Jambheshwar University of Science and Technology, Hisar the highest rated (No 24).

Assam has two universities -- Gauhati and Dibrugarh -- rated higher than any institution teaching commerce or the humanities in Kerala.

Let me sum it up. The example of the D K Adikesavulu group proves there is a market for higher education. The NIFR rankings show just how poorly Kerala fares at college level. The hunger strike -- I take the charitable view -- demonstrates that some MLAs are concerned about higher education.

If the state lacks resources, permit the private sector to set up colleges. (Odisha boasts of Shiksha 'O' Anusandhan, a private university founded in 1996 that is No 16 in the NIFR list.) Tax these new institutions suitably, and use the proceeds to subsidise poor students from Kerala itself.

That makes more sense than staging a fast over existing colleges that don't quite make the mark.

It would also require both the Congress and the CPI-M to work together, so I am not holding my breath. 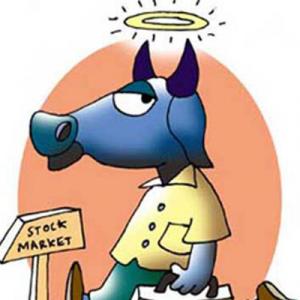 Three stocks that can make you RICH! 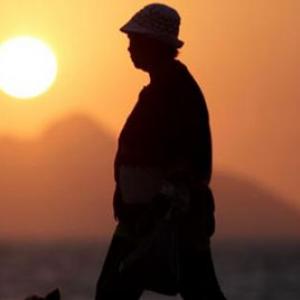 How to stay financially fit after 60