News
Business
Movies
Sports
Cricket
Get Ahead
Money Tips
Shopping
Sign in  |  Create a Rediffmail account
Rediff.com  » Business » What would happen if 'Kashmir's law' was applied to India Inc

What would happen if 'Kashmir's law' was applied to India Inc

When powers vested by the Finance Bill 2017 begin to get mildly used, fellow Indians living in the corporate bubble will get a faint whiff of what life can be like when you run a grocery store in the streets of Kashmir or the North East.

Until then, says Somasekhar Sundaresan, there will be no let-up in the enthusiasm to wage war on social media against civilians being punished for protesting against government excesses. 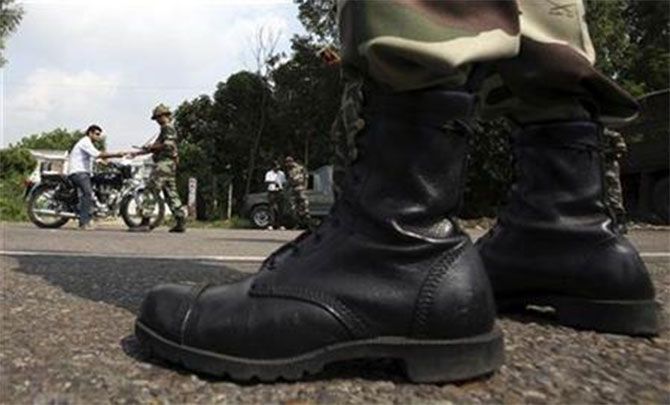 Almost everyone in the Indian corporate world has a view on the ongoing tragedy in Kashmir. A view informed by the ruthlessness in punishing dissent, that is the norm in corporate politics.

A war is being waged on social media, infected with the virus of videos extolling the virtues of uniformed Indian military men slapping and poking bleeding Kashmiri boys, forcing them to chant slogans against Pakistan, with greater threats leading to louder forced abusive slogans.

“Ideal treatment for stone pelters,” said a friend in a WhatsApp group. A bunch of others chimed in, in agreement.

This column is not going to be about how those pelting stones are civilians in unrest, who could in fact turn to pelting grenades. Nor will this column purport to explain why atrocities on the Pandits inflicted in the 1990s cannot justify atrocities on kids in Kashmir today.

For now, I am not even getting into the issue of some popular singer whose claim to fame is singing on television, abusing retired Indian military men who have actually served in war, for speaking up against military brutality on civilians.

Since the folks in corporate India have strong views about their own perceptions of “ground realities” in Kashmir (it matters not if social media warriors had even considered volunteering for basic National Cadet Corps service as students), this column will simply seek to translate what living in Kashmir can feel like if the legal framework applicable there were to be made applicable to an Indian corporate.

Let’s take the simplest and the most obvious cause of State high-handedness in areas like Kashmir (as indeed large parts of the North East) and see how it would feel to work in corporate India if the same cause were replicated.

Essentially, let’s adapt the law applicable in Kashmir to the law governing running business in corporate India. This is necessary since most people with the strongest views on Article 370, which reflects the contract by which Kashmir joined the Indian Union, have never read the Armed Forces (Jammu & Kashmir) Special Power Act, 1990 (the dreaded “AFSPA”), which governs life on the street in Kashmir.

It is easy to read, however uneasy the reading can be for the reader. It has barely eight effective provisions. In a nutshell, any government officer can do anything with your life and property, and never be called to account.

Forget having checks and balances in the form of tribunals such as the National Company Law Tribunal or the Securities Appellate Tribunal. Forget bringing errant public servants to book through anti-corruption measures in courts of law.

Read on for what would govern life under AFSPA in the corporate or industrial world:

Not too long ago, the Securities and Exchange Board of India Act was sought to be amended to permit search and seizures without the need for even a warrant. In fact, a Presidential Ordinance contained such provisions.

A Parliamentary Standing Committee met various stakeholders and representatives of industry and rightly killed the provision although it was believed that “war like” powers were necessary to combat securities market abuse.

The Finance Act 2017 has indeed brought in a provision protecting the tax department from having to explain how it had “reason to believe” or “reason to suspect” that led to a search and seizure operation.

When such powers begin to get mildly used, fellow Indians living in the corporate bubble will get a faint whiff of what life can be like when you run a grocery store in the streets of Kashmir or the North East.

Until then, there will be no let-up in the enthusiasm to wage war on social media against civilians being punished for protesting against excesses encouraged by incentives embedded in the legal policy governing these regions.

The author is an independent legal counsel. He tweets at @SomasekharS 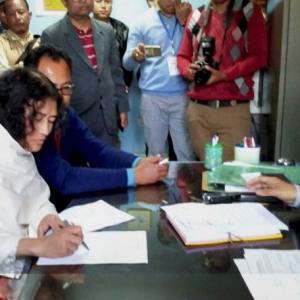 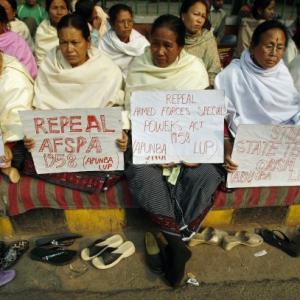