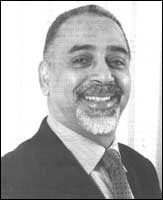 CDMA mobile pioneer Qualcomm is banking on BREW (Binary Runtime Environment for Wireless), its open source application development platform for wireless devices, to deliver the next killer-app for the fast-growing data services market - interactive gaming and TV on mobile phones/PDAs and so on.

Kanwalinder Singh, President of Qualcomm India and Saarc, speaks to Business Standard, while preparing for a BREW Developers lab in Mumbai. Excerpts:

Has BREW taken off in India?
Globally, its popularity is rising. KDDI, Japan's second-largest mobile phone company, gets 40-50 per cent of its ARPUs (average revenue per user) from data revenue, while Verizon and Sprint earn $20-$50 a month from data. We don't divulge operator numbers in India, but data is already contributing 10-20 per cent of the overall ARPUs. Tata is among the top 10 in the world in terms of the number of BREW downloads.

How is BREW different from GSM's (Global System for Mobile Communications) data offering?
GSM does not have any real data capabilities, it is essentially voice-centric. It use capabilities such as EDGE (Enhanced Data rates for GSM Evolution) and GPRS (General Packet Radio Service) to simulate data capabilities. CDMA provides a much larger pipe for data to be carried.

Yet, the country seems to be preferring GSM. BSNL is looking at 60 million GSM lines now. Of the 250 million target of 2007, what will be the CDMA share?

As a percentage of the share of new subscribers, we are already at about 36 per cent and our ambition is to go to 50 per cent. GSM, of course, started earlier in India than CDMA. The quiet story of success in BSNL has been the roll out of fixed-wireless for offering both voice and data connectivity. And the company is investing with targets of 6 to 20 million in the next few years.

The numbers still don't work out. We have 110 million fixed and mobile lines already. BSNL is adding another 60 million GSM lines. Private GSM players are looking at maintaining their market share. So how do you expect to get your 50 per cent share of the incremental market?

BSNL has said it will invest in infrastructure for 60 million lines, but the market share depends on subscriber acquisition, which is a different thing. Given the growth of the two CDMA operators, I don't see a problem. In any case, BSNL's tender is looking at evolving to WCDMA (3G GSM services), which is a CDMA technology.

Many people will be surprised at how data will catch on even in rural India, just as they were surprised with data penetration in urban areas. The rural consumer will ask for information on prices of commodities, on weather, which helps him in his work.

Will prices crash further with 3G?

CDMA 2000 brought about a drastic drop in tariffs, and the same will happen with 3G - 3G means that with the same spectrum you can get more voice capacity and that will lower prices. When CDMA started some three years ago the prices of devices was around $150, and this fell to around $50 last year, given the volumes of 20 million-plus.

I think WCDMA prices will cost around $150 today. But once you adopt a new technology and get economies of scale we expect the same fall in 3G CDMA devices too. We think that 100 per cent of our users of CDMA 2000 will migrate to 3G in a few years.

There is a lot of debate on spectrum allocation between GSM and CDMA operators. How do you think spectrum should be allocated for 3G between the two technologies?

It should be done keeping in mind the competitive dynamics of the market, so that there is competition which favours consumers and which ensures affordable tariffs. Our understanding is that whatever criterion you use, allocation should be equal - the criterion could be, for instance, the number of subscribers.

But you have claimed earlier in affidavits in courts that you are four-five times more efficient than GSM, so logically you should be given less spectrum?

All those arguments are irrelevant today as everyone has the same universal service licence, and are paying the same licence fees, too. In fact, CDMA operators have been deprived of spectrum as they have been given only half that given to GSM players. We do not want to go back and forth on who is efficient. There should be an equal criterion for all operators - whether CDMA or GSM - and they can use any technology they choose to. Let the market then decide.

There is a perception that WCDMA will be the real 3G from the GSM side while your offering is EVDO (Evolution Data Only). GSM companies say that your CDMA2000 is essentially equivalent to GPRS and EDGE. What is your view?

CDMA2000 has the same capability today that GSM will provide when it evolves to WCDMA. Our devices cost $50 while their devices will cost $150 when they come. We already provide a nationwide network of CDMA2000 while EDGE and GPRS has still not been rolled out nationwide. EVDO, which will be priced at $150, would have a much better experience than CDMA2000.