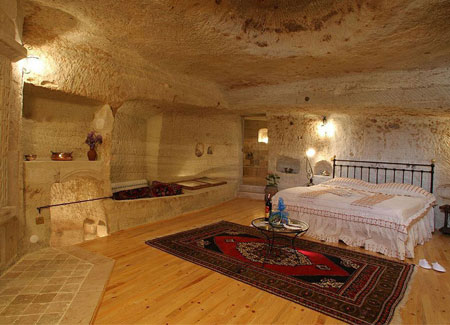 For those who wish to heighten their holiday experience by sampling the quirky, strange, unusual and unique, a growing number of hotels around the world are offering extraordinary accommodation which defies the norm.

Examples include themed hotels, hotel rooms situated underground or in ice caves, tree houses sitting above the rainforest canopy, as well as rollercoaster transport for those seeking an adrenalin rush.

Here are some of the world's quirkiest hotels:

The Aydinli Cave House is a small, family-run hotel right in the heart of old Goreme, Turkey.  It retains many of the rock-cut features of the traditional cave dwellings for which the region is famous. All have cool, travertine-lined bathrooms, some with Jacuzzis, most with walk-in showers and hamam basins.

Then there are the surprises -- ancient rock-cut mangers, wheat and wine storage units and huge chimneys turned into the sort of quirky features that make this a real place to remember. The Aydinli Cave House is a five-minute walk uphill from the bus station and the cafes, restaurants and shops of the town centre. 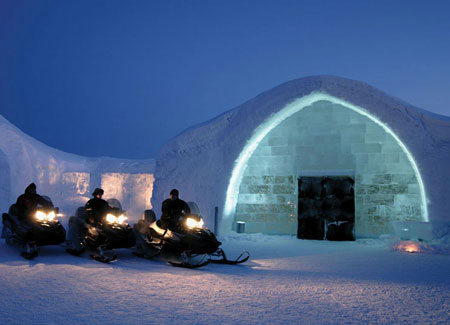 Icehotel represents an exciting winter experience, with rooms built entirely from ice and snow, uniquely decorated with handcrafted ice art and sculptures and with temperatures between -5 degrees and -8 degrees centigrade. The Icehotel also houses an ice chapel, which is licensed for marriages and baptisms.

There are two restaurants serving a range of Lappish and Swedish dishes and the Absolut Icebar offers designer cocktails served from ice glasses. Activities include: snowmobile excursions; northern lights tours, snow-shoe and cross-country ski excursions; and dogsled and reindeer tours. 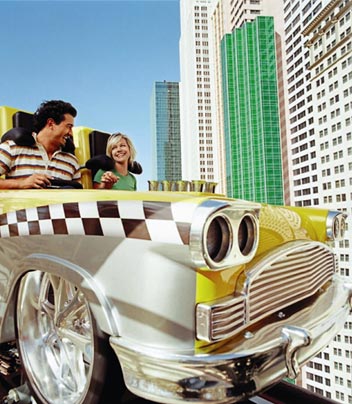 With replicas of the Brooklyn Bridge and the Statue of Liberty amidst a New York City skyline, New York New York Hotel & Casino is located on The Strip in Las Vegas.

The quirky feature of this hotel is that it is widely regarded as the world's fastest hotel. Why? A rollercoaster, the Manhattan Express, takes guests with breathtaking speed around the building. The Manhattan Express Roller Coaster travels through the hotel, reaching 108 kilometres per hour. This property offers guestrooms housed within twelve New York-style skyscrapers.

In the heart of the Amazon rainforest 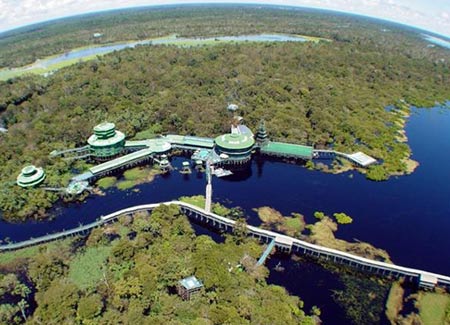 Perched high above the Rio Negro, this hotel is one of the only places in the world where guests can stay right in the heart of the Amazon rainforest.

Accessible only by speedboat, helicopter or houseboat from the local town Manaus, the Ariau Towers hotel has breathtaking 360o views across the Amazon jungle. The area is also home to many traditional Amazonian tribes. 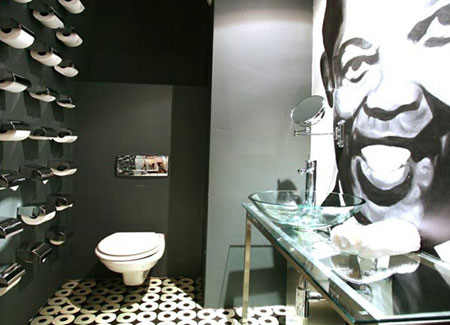 Protea Hotel Fire & Ice in Cape Town offers adventure seekers accommodation with a difference. Guests can suspend from the reception area in retro hanging chairs or stay cool by taking a swim around the hotel restaurant in a wrap-around pool.

For the thrill-seekers there is a climbing wall and when you need to spend time on your own, try the movie themed toilets. There are also Mad Hatter high back chairs in the restaurant and coffin seats in the smoking lounge, aptly named the Coughin Bar. This novel Cape Town accommodation establishment lies in the entertainment hub of the city.

Sleeping in a train car 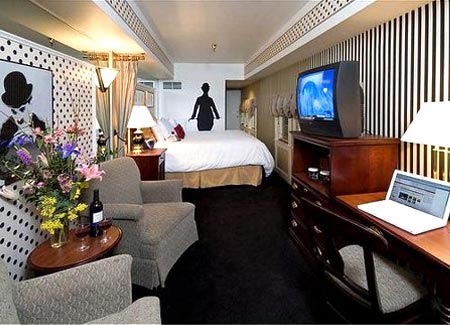 An unusual feature of the hotel is the white fibreglass ghost travellers dressed in period clothing, which still "haunt" the premises. Located in the heart of downtown Indianapolis, guests can walk to a vast array of eateries, nightclubs, arts venues and attractions.