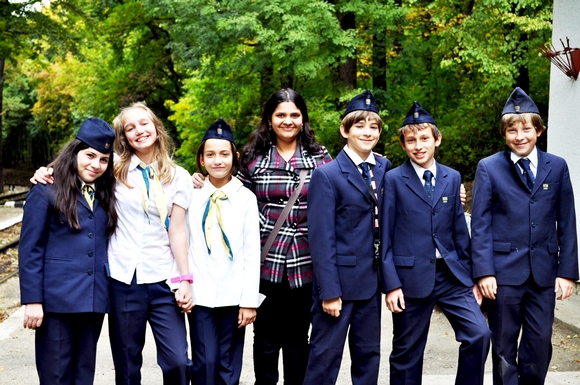 Rediff reader Gouri Patwardhan visited Budapest and was mighty amused by the Children's Railway, which as it turns out is not a train for kids but rather one that is run by them!

Ever been given a ticket in a train by a lovable, chubby, freckled faced kid? Ever travelled in a train, which arrives at the station with a 12-13 year-old-boy waving the green signal? Well, if not, then you need to board the Children's Railway located in the hilly outskirts of Budapest.

The Buda side of Budapest is full of lovely winding uphill roads in the midst of wooded forests. Just on the perimeter of the trees, are charming villas and houses which though not exactly architected on the bygone eras, are still extremely quaint. And what adds to this picture perfect scenario is a small but efficient train chugging along the narrow gauge railway line.

Now, I am not saying that this is quite one of a kind, nor am I going to bore you with the statistics of this children's railway, I only want to put forth a perspective on this from a personal firsthand experience.

When we boarded a Cogwheel train in Varosmajor, Budapest to go farther up the Buda hills, we were expecting to explore the countryside of Hungary in its autumn glory.

Little did we know that Hungary had something glorious stored for us in its womb. Mind you, the cogwheel train itself was a wonderful experience, since it passes through stunningly dense foliage, but when we alighted at the last station, we were directed towards another mode of public transportation and a unique tourist attraction -- the Children's Railway!

Have a travelogue to share? Simply send in an email (subject: My travelogue) with a few pictures and your experiences and we will publish them right here on rediff.com! 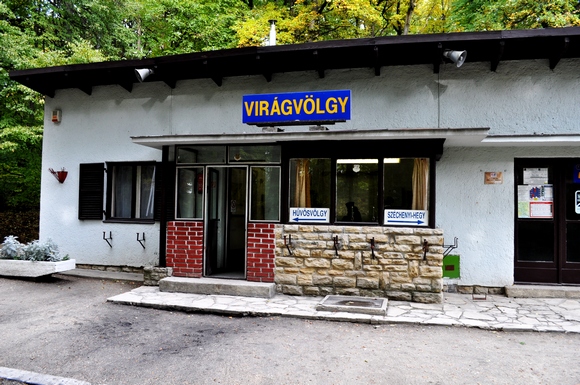 From the cogwheel rail, we reached Szechenyi-hegy, which happens to be the originating station of the Children's rail that runs between Szechenyi-hegy and Huvosvolgy. On the platform, we were greeted by a chirpy little "Szia" (hello in Hungarian) from the other side of the ticket window.

To our amusement, we found about four to five kids, looking dapper in suits and caps, heads bent, poring over some papers looking very focused. After some wild gesticulations and unsuccessful attempts to bridge the gap of communication between English, German and Hungarian, we finally managed to get on the train.

As soon as the doors closed and train let out a hoot to signal its departure, two teenage boys accompanied by an adult supervisor came out onto the platform and gave a salute to the train engineer and all the conductors in the train (who stood near the windows reciprocating the gesture). I was already enamoured!

But I was to know later on that that was just the tip of the cuteberg! Once seated, a chubby little girl with soft waves framing her face which just yelled 'Please tug at my cheeks' and a slightly better knowledge of the English language entered our compartment announcing the next station. She then proceeded to check our tickets with absolute ease of a honed professional.

She managed to keep up this routine of keeping the passengers informed about the coming stations and inspecting the tickets throughout the entire journey, (which is quite a stretch, believe me) with another of her colleague. Wish we could find even a fraction of this commitment in the 'adults' running our railway transportations! 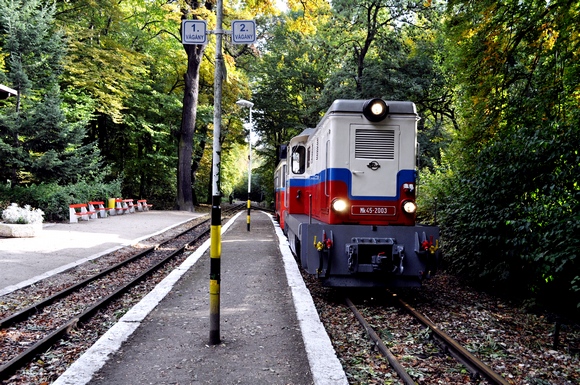 With every passing station, I could only marvel at the trainings and attitude inculcated in these children for them to be so perfect and unswerving at their jobs. There were no snags or hitches whatsoever!

We then decided to get a closer look at behind the scenes of the kids working in the offices of the stations. What we discovered there was even more incredulous! We learned from the children there, that they were not only supposed to sell tickets, but also carry out the responsibilities of announcing trains over the PA, give permission to the train drivers to start the trains, managing the rail lines and signal arrival and departures of the trains!

So practically, other than the engineering, most of the day-to-day workings are entirely managed by these young children.

The only time they made us believe that they indeed were children, was when we requested a snap with them. The sudden flurry to get their caps and suits straightened and line up for the photograph was nothing short of droll!

I just came back with a feeling that calling this a Children's Rail is probably not the most apt label, since it maybe kind of belittles the overwhelming realm of jobs these wonder kids are accomplishing. But nevertheless, am sure each one of them can teach all the 'adult rails' around the world a thing or two about proficiency!