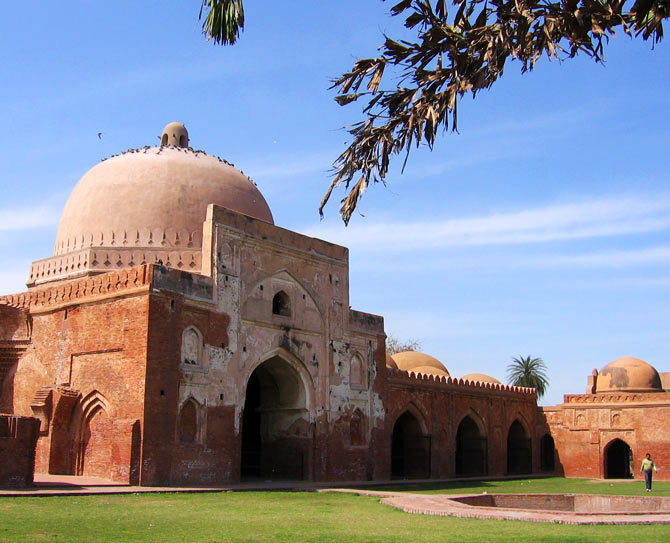 For as long as he remembers, Deepak Kirpalani has been a traveller at heart. Recently, he travelled to Punjab and wrote in this fascinating travelogue which we are now publishing in five parts. This is part one

It took three years to make the trip to Punjab.

Originally planned for early 2008, it got postponed a month at a time and eventually was called off in the face of other priorities. But Punjab dropped off the radar, only to resurface all too suddenly in the last week of January.

I knew that I had to be there soon.

Friends from childhood, Hindi films and the teachings of the Sikh Gurus have been my engagements with Punjab.

Hopping from one city to another by air or train was not an option.

As a student of History, I wanted to travel by road to get a feel of the land that armies crossed over the millennia.

Little known places such as Panipat, Taraori, Thaneswar, Kurukshetra (all in Haryana) and Sirhind called out from centuries past. For each had a story to tell.

It took five days and 1406 km for the story to unfold. 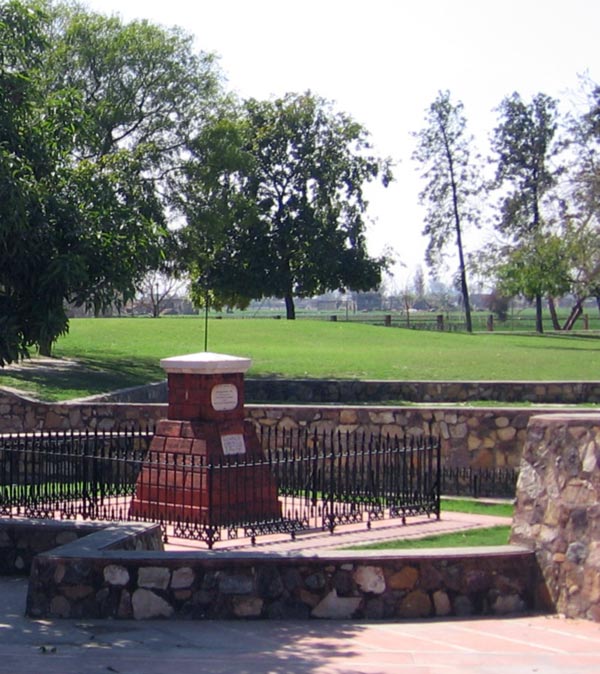 Having set out an hour late from Delhi airport, we stopped at Murthal village that is famous for its dhabas, an hour later.

Kulchas (a type of Indian bread made from wheat flour) and parathas with butter testified to Murthal's reputation for good food.

We were on the NH1 section of the historic Grand Trunk Road.

What do you do with history on your side? Not once but three times over!

It doesn't take an Einstein to tell you to market the destination well and boost the local economy through tourism. Not if it is Panipat.

Instead, you turn it into a filthy, unplanned town that is likely to deter the most passionate lover of the subject.

Panipat was one of five villages the Pandavas asked for, when they were denied their share of the kingdom.

Much later, the Mughal Empire was founded on April 21, 1526 when Babur defeated Ibrahim Lodi in the first battle of Panipat.

Following a victorious run in 22 battles from Bengal to Delhi, Hemu, the first Hindu king of Delhi since Prithviraj Chauhan, encountered defeat and death in the second battle on  November 5, 1556.

The victor Akbar re-established the empire after his father Humayun's years in exile.

With over half of India from Attock to the Deccan and Bengal under Maratha control, the Peshwa, as the head of the Maratha Confederacy, was the de facto ruler of the country in the years preceding the third battle.

The Confederacy's defeat by the alliance led by Ahmad Shah Abdali on January 14, 1761 facilitated the rise of the British. Every battle was a turning point in Indian history. 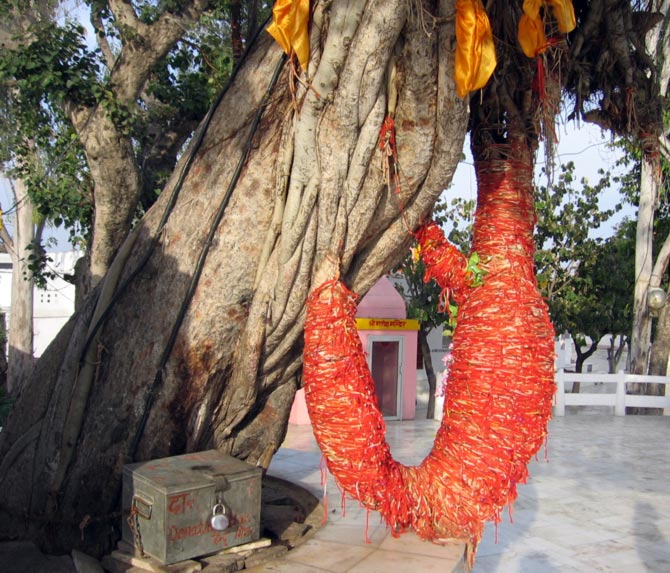 It was my second visit to Kala Amb (2077-2080), the site of the third battle of Panipat. It gets its name from the black mango tree that stood there.

Sadashivrao Bhau commanded the Maratha forces from that spot. Babur built the Kabuli Bagh mosque (2085-2088) in commemoration of his victory in the first battle. It is a beautiful structure.

India forgets it heroes easily. We live by the dictum: history is history! We spent an hour looking for the Hemu Memorial but to no avail.

Further on, we enquired about the presence of a memorial at Taraori (Battles of Tarain, 1191, 1192, Prithviraj Chauhan v Muhammad of Ghori) but there was none. No wonder we repeat our mistakes century after century. As the famous Urdu poet Jigar Moradabadi put it:

(Translated: Centuries have passed, ages have gone by, the naivety persists )

We couldn't get away from strife that day.

A banyan tree marks the spot where Krishna resolved Arjun's dilemma with the sermon of the Bhagvad Gita at the battlefield of Kurukshetra (2096-2099).

Running behind schedule, we skipped eating at a famous dhaba in Ambala and pressed on. 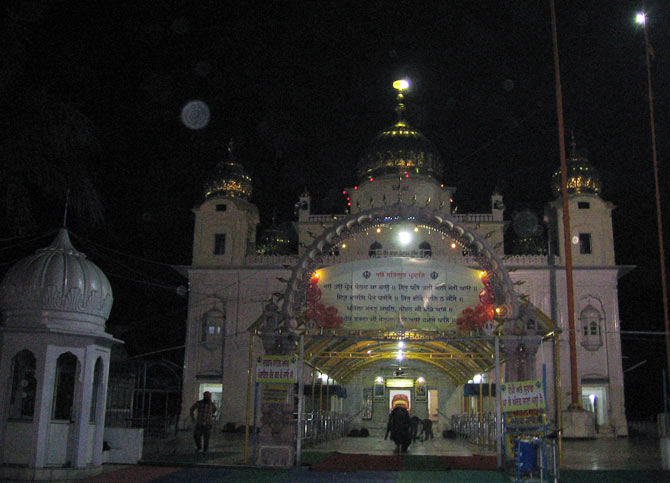 It was dark by the time we crossed into Punjab.

The cold shook us to the bone as we stepped out at Gurudwara Fatehgarh Sahib, Sirhind.

Even simple tasks such as removing footwear and socks, and dipping our feet in pools of water every time we entered a section of the gurudwara, seemed daunting.

A minor inconvenience, considering the horrific incident that took place here in the winter of 1705.

The two younger sons of Guru Gobind Singh were bricked alive and executed by the Mughals for refusing to convert to Islam.

A section of the wall stands as a grim reminder of the ghastly deed in Gurudwara Bhora Sahib, a level below the main gurudwara.

The mood was solemn there.

Within the complex is Gurudwara Burj Mata Gujri, where the children were kept in confinement with their grandmother Mata Gujri.

Known as Thanda Burj for its cool ambience, the place was extremely cold in winter.

Mata Gujri had collapsed and died on hearing about the fate of her grandsons.

It had been a long day for us. Shortly before ten, in freezing cold, we arrived in the city of the magician.

Who is the magician? The story continues tomorrow!