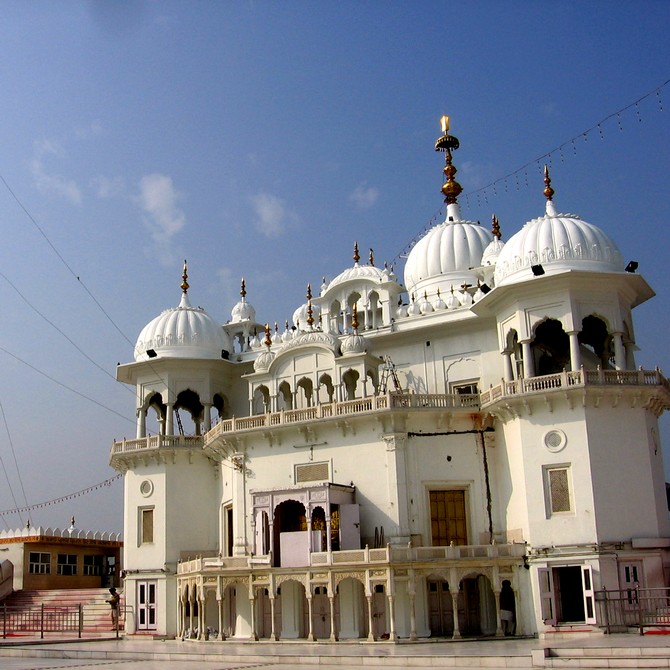 Here's the final part of Deepak Kripalani's trip to Punjab.

Read part one here: Five Days and 1406 km through Punjab

Our last day in Punjab began in darkness and fog. Well before six, we were cruising along the highway on our way to Anandpur Sahib in the Shivalik Hills bordering Himachal Pradesh. The fog followed us for nearly three hours. The mountains made their presence felt too. It was colder despite the sun. We stopped for another unforgettable breakfast at the hamlet of Kahn Pur Kui.

Gurudwara Takht Sri Kesgarh Sahib stands at the spot where the tenth Guru, Gobind Singh established the Order of the Khalsa by baptising the Panj Pyaras and was, in turn, baptised by them. It was Baisakhi Day, 1699. The Khalsa -- the saint-soldier -- was deemed to be in communion with the Guru and God. The Guru's weapons are displayed in a small room behind the Guru Granth Sahib.

The communion with a higher force was put to test time and again. In 1675 Kashmiri Pandits approached Guru Tegh Bahadur for help, following pressure by Aurangzeb to convert to Islam. On the Guru's advice, they conveyed their willingness to do so if the ninth Guru took the lead. The Guru was arrested in July and brought to Delhi.

On November 11 he was beheaded in public at Chandni Chowk for refusing to abandon his faith or perform miracles to prove his divinity. Today, Gurudwara Sisganj Sahib marks that spot. Under cover of a storm and in defiance of Mughal authority, a disciple, Bhai Lakhi Shah Vanjara brought the Guru's headless body to his house.

To cremate the body without arousing suspicion, he set the house on fire. Gurudwara Rakab Ganj Sahib is located at the site today. Another disciple, Bhai Jaita carried the severed head to Anandpur Sahib where it was cremated.

O, the protector of the universe
You who grant strength to the weak and the oppressed
Grant wisdom to those blinded by power

Yet again, a volunteer from the gurudwara office showed us around the place for an hour or so. We followed him to Gurudwara Sisganj Sahib the site of the ninth Guru's cremation. The Guru is also known as Hind Di Chadar (the shield of India) for the sacrifice that saved the lives of many Hindus. 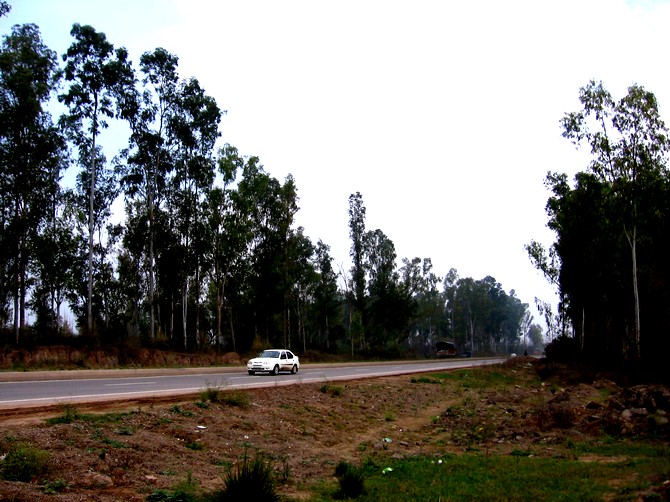 A short distance away is the residence of Guru Tegh Bahadur, inherited by Guru Gobind Singh. The tenth Guru's sons were born here. Now Gurudwara Bhora Sahib, the building has an underground room used by the ninth Guru to meditate. In the courtyard stands Gurdwara Thara Sahib where the Kashmiri Pandits made their appeal to the Guru. A similar appeal was posted by the Pandits in 1995. We visited Qila Fatehgarh Sahib and Qila Anandgarh Sahib, two of the five forts in Anandpur Sahib.

The neighbouring countryside is hallowed ground and witness to several events in the struggle for the right to practise one's faith without fear of persecution. Driving past Kiritpur Sahib, Rupnagar and Mohali, we retraced our steps to Delhi. The Punjab trip was filled with a myriad of experiences. From spiritualism, history and strife to music and poetry, food, hospitality, life in a village, colleges, extreme weather and an international border, we had covered much. But the one thing that stood out was the spirit of sacrifice.

At times I have digressed from the narrative to describe the deeds of valour and sacrifice for these tales have to be told time and again. And relayed from one generation to the next to ensure that they continue to tug at our hearts and inspire. The light of our ancient civilisation continues to shine, fuelled by the sacrifices of Prithviraj Chauhan, Hemu, Guru Arjan Dev, Guru Tegh Bahadur, Guru Gobind Singh and his family, Sadashivrao Bhau, Hari Singh Nalwa, the victims of the Jallianwala Bagh Massacre, Nirmal Jit Singh Sekhon and countless others.