REVEALED: What young Indians look for in their life partners! 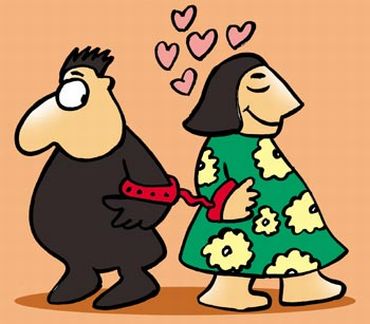 A recent survey conducted on Shaadi.com points out to some interesting trends in what young women and men increasingly look for in their life partners.

More young Indians are keen on staying in a joint family and fewer of them look at horoscope before tying the knot.

A recent survey conducted by the matrimonial site Shaadi.com sheds light on what young Indians look for in their life partners.

The annual was conducted online on the portal for the duration of four months. Over 1.5 lakhs respondents from India and Non Resident Indians from the UK, US, Canada, Middle East, South East Asia, Australia and New Zealand participated in this survey.

Click NEXT and check out some of these fascinating findings.

No siblings no marriage 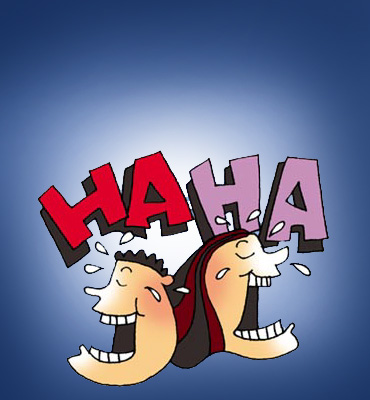 An important finding in the survey shows that 60 per cent of the women respondents prefer getting married into a family where their partner has a sibling. On the other hand 56 per cent men who would go ahead and marry even if their partner does not have a sibling. 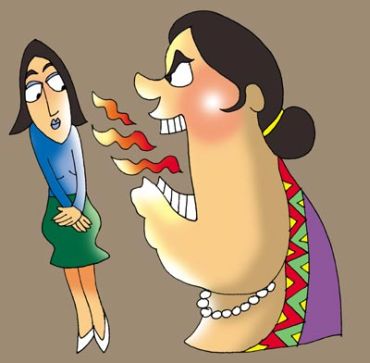 Return of the joint family 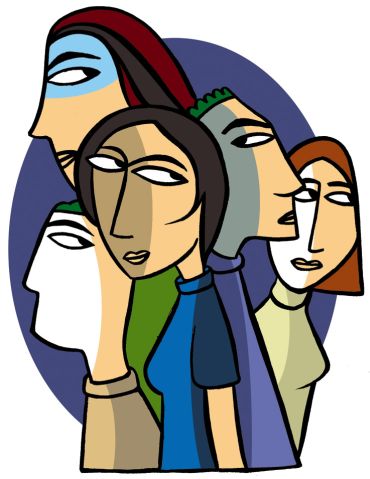 With increase in work pressure, more young Indians look at staying in a joint family over a nuclear setup.

54 per cent of female and 53 per cent of male respondents were keen on living in a joint family. 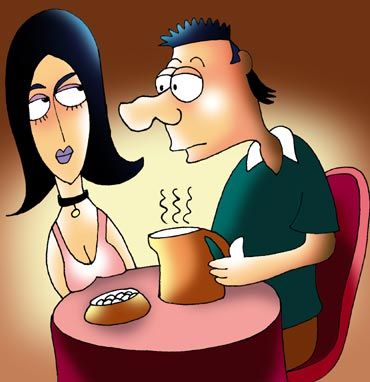 Knowing partners well prior to wedding is extremely important for marriage prospects. 85 per cent of female and

76 per cent male respondents believe it. This shows that by knowing each other they can also check their compatibility score, which will help them in future. Only four per cent of men and as many women thought it wasn't important to know their spouse before marriage.

This is a far cry from the times when grooms and brides weren't even allowed to meet before the day of the marriage.

My degree's bigger than yours 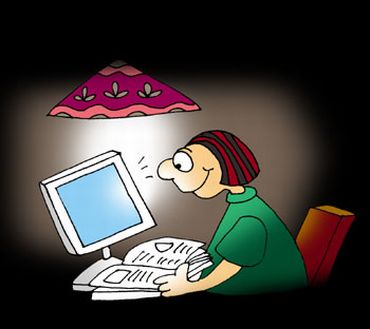 Men do not prefer women who are more educated than them. Whopping 62 per cent men wanted their partners to be as educated as them.

No to sarkari babus 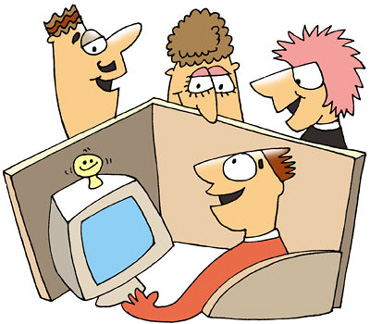 The social demand and personal comfort levels of individuals have risen so much that for most of the individuals it is difficult to run a family with one income. Hence, most of them expect their partners to hold a job in the private sector -- 69 per cent women and 44 per cent men to be specific.

People who expect their partners to be employed in the private sector choose them over others as they feel the jobs provide them 'better perks and benefits' with 12 per cent men and 9 per cent women believing that being married to a private sector employee would enhance their standard of living.

Doesn't matter if he earns lesser than her 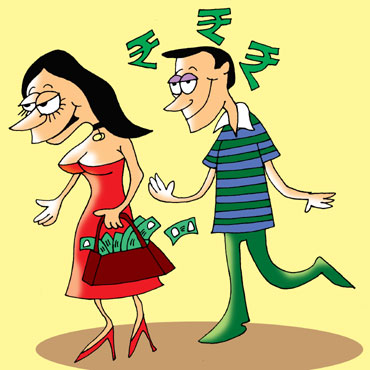 According to the survey, 34 per cent women respondents now wouldn't mind marrying men who earn less than them even as 94 per cent Indian men prefer a partner who earns less than them. 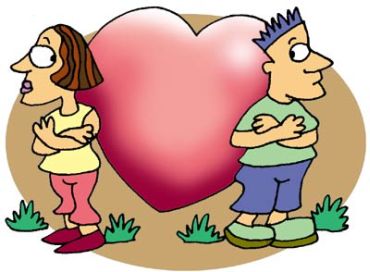 On the touchy issue of pre-nuptial, 30 per cent women said it was 'very important' as against 23 per cent men.

How fair is that 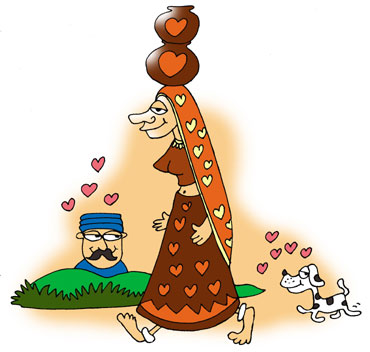 Being fair, as it seems, has its own advantages if you're a single woman looking to get married. According to the survey results, 49 per cent of men are expect a 'fair and lovely' looking woman as their partner as compared to just 25 per cent women who were keen that their man have a fair complexion.

As against 65 per cent women who said their partner's complexion didn't matter, 43 per cent men said it did.

7 per cent men didn't mind settling for a woman with a wheatish complexion as against 10 per cent women. 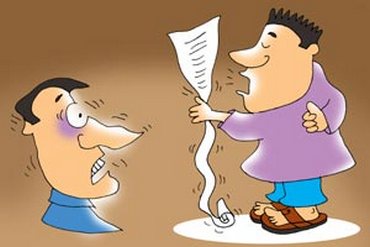 Most Indian marriage seekers, according to the survey look at compatibility levels rather than matching horoscopes before getting married.

A whopping 55 per cent women and 54 per cent men said they'd rather chose a partner who is compatible than one whose horoscope matches theirs.

However, in certain cities such as Chandigarh (for men -- 43 per cent chose horoscope over compatibility) and Pune (for women -- 44 per cent) continues to play a very important role. 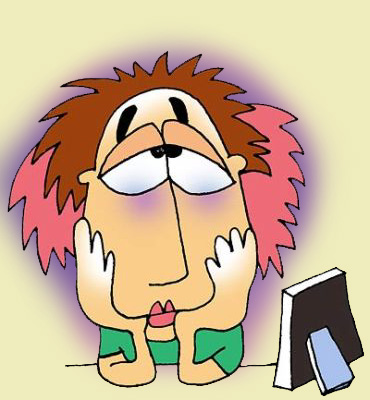 About two years ago when the recession hit, most Indian women were unwilling to shift to another country and opted to stay in India even when their partners were based abroad.

This year though things have changed. 89 per cent women are open to migrating to another country with their husband. Besides this, 5 per cent women don't mind shifting abroad if it is 'highly essential' and only 2 per cent women prefer staying back in India because they 'like it here'.

For most part, caste isn't a big issue 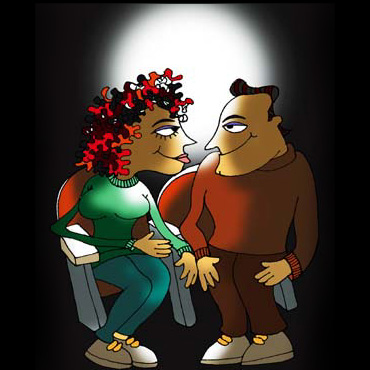 Another interesting finding from the survey: 54 per cent male and 46 per cent female respondents felt that caste was no longer a hindrance when it came to marriage.

In a hurry to get married 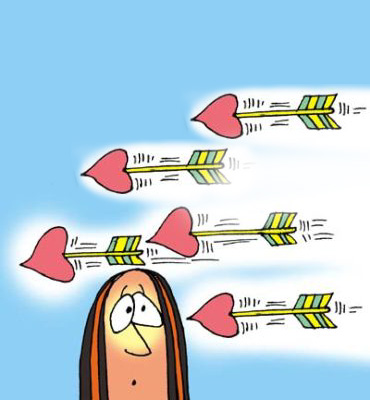 According to the survey, women are more eager to get married than men. 47 per cent female marriage seekers hoped to find their mate three months into the search as against 40 per cent male respondents.

Similarly, 28 per cent women and 34 per cent men didn't mind waiting for another three months for the partner of their dreams.

According to the folks at Shaadi.com though it takes about 12 months before they actually end up finding The One.

In that sense only 10 per cent men and 28 per cent women, who said they were willing to wait for more than a year before being able to find the partner they were looking for, were most realistic in their expectations.

Women want to climb the career ladder too 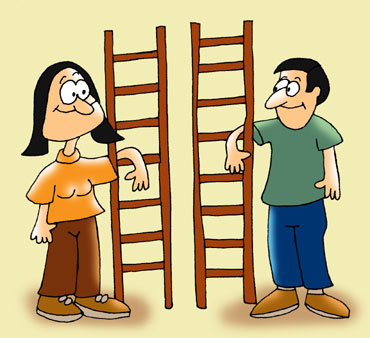 Finally, in the last finding from this survey 85 per cent of men said that they would like their wives to pursue their careers post-marriage.

Women too showed keen interest in pursuing their career after matrimony -- with independence being one of the major reasons for doing so.

89 per cent female respondents said they would like to continue working after marriage as against 4 per cent who said they'd rather be homemakers.