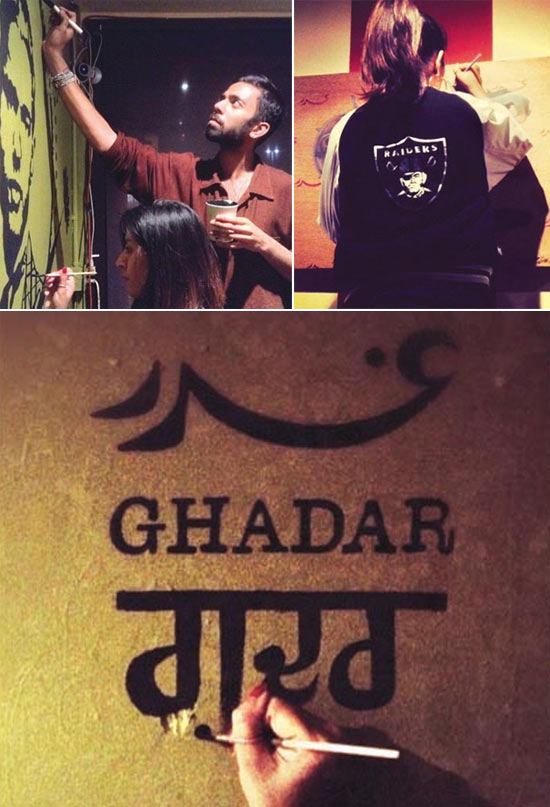 An art exhibition called Our Name is Rebel, at the Guerilla Cafe in Berkeley, California, celebrated the centenary of the Ghadar Party, the Indian Diaspora-led movement for India’s independence from British rule.

The exhibition was organised by the curators of the Berkeley South Asian Radical History Walking Tour, which offers a monthly tour that explores the city’s little-known South Asian radical history.

Organisers Barnali Ghosh and Anirvan Chatterjee called it a historic exhibition, and said the name of the exhibition was picked from a poem by Ghadar Party hero Kartar Singh Sarabha.

“As we celebrate the 100 year anniversary of the founding of the Ghadar Party,” Ghosh said, “the art show is another reminder that our radical ancestors dreamt of social and economic justice, not Bollywood, SATs, and Miss America. The art is another way to celebrate and communicate these stories of resistance and organising by South Asians in Berkeley and beyond.”

“These local histories do not have plaques to celebrate them, so we hope that by having a physical space in Berkeley, though temporary, it will help weave in these histories into the history of Berkeley,” Ghosh added.

The exhibition that began early November has seen 1,500 plus viewers, Chatterjee said. “We’re seeing a wide range of people looking at the art, including many non-South Asians,” he added. “In fact, we’ve enjoyed seeing East Bay residents recommend the art show to one another over social media.”

Chatterjee pointed out that Berkeley is home to over a century of radical organising by South Asian Americans. University of California-Berkeley students and other residents in the 1910s organised as part of the revolutionary Ghadar Party, founded in 1913.

Sembi’s mural was of Ghadar hero Sarabha, who was a UC Berkeley student, poet, and freedom fighter, and who also inspired legendary figures of India’s independence movement like Bhagat Singh.

Though she is born and raised in Berkeley, Sembi said, she was not aware about the Ghadar Party’s rich history until she joined the “walking tour offered by Barnali. I learned that Sarabha was a student at U C Berkeley. Then I did a lot of research about Sarabha and his party. It’s just an honour to be able to paint and contribute to a show and dedicate (it) towards that movement.”

Another artist, Amman Desai, unveiled his linocut image of Har Dayal, whose speeches inspired many Berkeley Ghadarites, and an intricate portrait of Kartar Dhillon, one of the few women members of the Ghadar Party, who went on to do a lifetime of labour, racial justice, and peace activism.

Ghosh said Dhillon’s daughter Ayesha Gill, a respected activist in her own right, helped inaugurate the event and spoke about her mother and herself as an activist as well as how excited she is to see so many future activist in the area.