Jab We Met: 'We became the best of buddies' 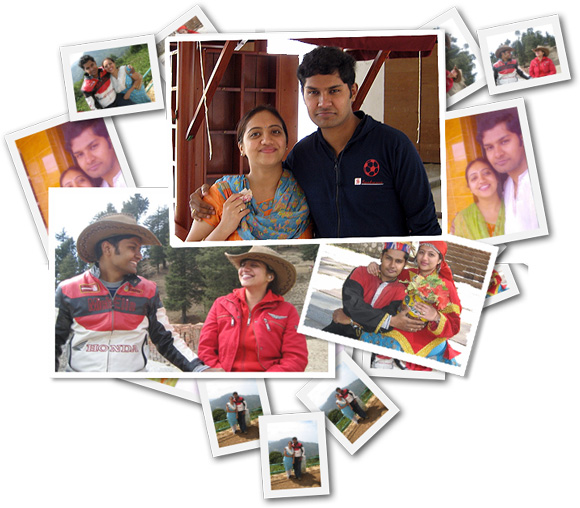 We had invited you, our readers to share your love story this Valentine's Day. Here's the latest set of responses we received.

First up is the story of Raj Shekar and Neeta from Bellary, Karnataka:

It was never really a heart touching love story but surely a one to reckon with.

Both of us come from diverse backgrounds -- I'm mature, soft spoken, sensible, punctual and at the same time I am adventurous and ambitious.

I think twice before I speak and spend wisely. The never-say-die and go get-it attitude in me just refuses to die.

On the other hand, Neeta is religious, has grown up with a traditional background, is sensitive, straight forward and doesn't hold back anything. She is a fun loving person who wants things to be perfect.

She completed her class 12 from Ooty, while I completed my education in Bellary. Bellary is also the place where I've spent thousands of hours playing cricket and table tennis.

Neeta and I met each other at our neighbour's house at a function.

Incidentally, our neighbour was a close relative of Neeta's.

Neeta who used to frequently visit her relative's house would watch me play cricket in my compound. Interestingly, I didn't even know that she is my relative until few days prior to our engagement.

We were content exchanging Hi – Hellos for a few years. None of us had really shown any sort of interest to each other.

However, times changed dramatically for us. All of a sudden, I got proposal from her parents and I didn't knew what to do. When the proposal came, I hadn't even seen her for a year or so.

At first, I refused to even go to her house and see her. I hated arranged marriages too much and was never really in the mood to settle for it.

On the other hand, her parents were orthodox and would never agree for a love marriage. So, after playing hide and seek for 2-3 months, I decided to go and see her once.

Although I was not seeing her for the first time, for me, it was love at first sight.

I liked her but did not know what to do.

I went back home and thought about it. I was interested in her. I took some time to think. Then all of a sudden, my aunt informed my cousin brother that I'm not interested in her and they are welcome to go and see her.

This definitely sparked the love bug in me and I stopped my cousin from going further. I decided to go and meet her once again before taking a decision as I barely knew what kind of person she was.

I took her number from my relative and called. Both of us chatted for hours. We also met on a few occasions and realised that we really wanted each other.

Love had started to blossom in our hearts and we decided to go ahead with our marriage plan. In a span of just 1-2 months, we became the best of buddies and it seemed like we had been friends for decades.

We finally got married on December 3, 2007 with the blessings of all the elders and friends.

Today, Mishika, our nine-month baby has giving us a new reason to smile. As we continue to grow in our love relationship each day, I just fail to understand the reason why we kept avoiding each other for several years in spite of the fact that we were so near to each other.

Now, Neeta provides me all the support in life and helps me conquer my goals. There is hardly a thing that is common between us which makes us perfect for each other.

Even after four years of marriage, there is no husband-wife domination or formality between us. We continue to be friends and lovers as never before.

We are now settled happily in Bangalore.

'In one year, we met only four times' 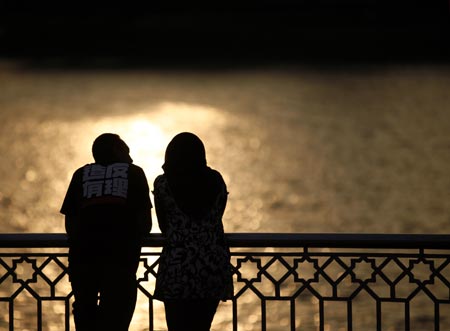 Next up is Chetan Choudhary and Jayshree's love story:

This is the story of me (Chetan) and Jayshree, my Love.

Our story began on October 2011. I was working in Nashik while Jayshree lived in Surat.

We had been friends on Facebook for some time. Then we realised that we were related to each other through our families.

This new information brought us closer. She also taught me some very good things. I admired her dedication towards work and respect towards parents and family.

At that time I was working to pass my time and complete my MBA education too. From day one we became friends, she encouraged me to do something different.

She'd inspire me to do well in my education. These were moments that drew me closer to her.

It would be interesting to note that we had not seen each other yet.

She informed her father while I told my mother that I was in love and wanted to marry her.

Both our parents told me that I must achieve something before they agreed to our marriage. I was struggling in my job and trying to balance my studies. .

In one year, we met only four times. But this didn't affect our love.

I secured 1st class in my MBA exam and got a new job in Mangalore. Today, I am successful and I owe this to her.

She'd wake me up early in the mornings so that I could study. She's done a lot for me, and I am happy to have her in my life.

As I write this story, I would like to tell you that we will get engaged formally next month and plan to marry in December this year.

PS: Dear Rediff, I want to share this story with the world. I have so much to say about us. But I am not able to write it well in English.

'We have seen lot of ups and downs' 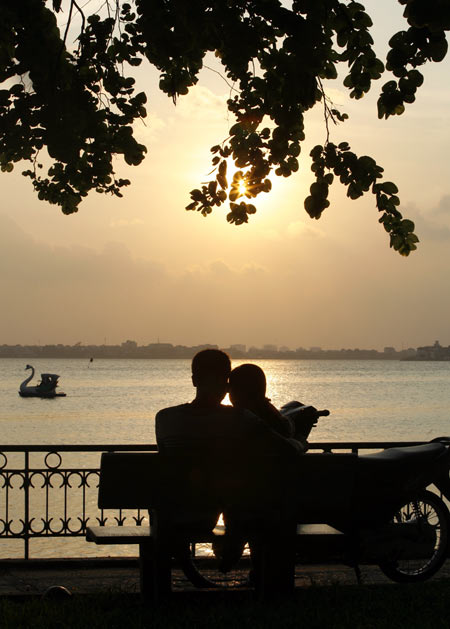 And last, but not the least, we have Prakash Jadhav sharing his story with us:

This is the day I met my better half for the first time in my life. Those were the days when I was working and still striving for a better career.

One fine day my parents arrived at my place and asked me if I was interested in meeting a girl for marriage.

I was not in a position to marry and turned down the idea. But my parents insisted and requested me to spend few minutes with the two girls they had chosen for me through different marriage brokers and then forget about it.

I finally agreed just to make them feel better.

We went to see the first girl in the morning.

As it was the first time I was meeting a girl to discuss marriage, I was feeling very nervous.

When the girl came out, we looked at each other and talked for about 30 minutes. The manner in which she spoke, walked and the way she presented herself made a good impression on me. I kind of liked her.

In the afternoon, I along with my parents went to see the other girl at a different location.

And there, I saw her again! It was the same girl!

How was it possible? I guess the marriage brokers messed it up.

We laughed a lot at the situation and then went back to our respective homes.

As days passed by, I tried to forget the events because I was not ready for marriage.

But I guess we were made for each other or it was our destiny, because her thoughts kept flashing into my mind and I finally said yes.

Few months later, we got married and now it's almost 18 years.

Over the years we had many difference of opinions and arguments but every time one of us decided to step back and give other a chance.

We have seen lot of ups and downs through our life together and also developed a strong bond over the years.  I guess, to understand love better, you need to spend lot of time (years) together.

Now I can say that we understand each other's needs better and try to help each other as well. I also believe in destiny and the saying that "marriages are made in heaven".