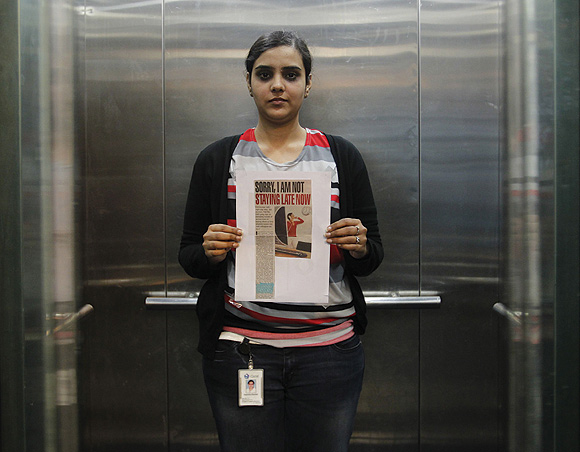 Author Anuja Chauhan lashes out at the discriminative attitudes against women while sharing her insights on the challenges that confront women every day at work, at home and within society.

There may be many among us who at one time or another may have felt unappreciated after having put together an assignment in time, and simultaneously looked after a sick child.

Others might have lived with a mother who slogged all day to keep a household together, tended to all the demands of its members and still feel she did a thankless job.

Do women feel unappreciated or undermined?

Do they feel they do not get their fair share of praises and recognition?

How big an issue is the security of women?

According to a recent National Sample Survey, an increasing number of women left successful careers between 2009 and 2010 to look after the needs of their family than they did a decade ago.

And hence, the obvious question -- Is the feeling of guilt that stems out of leaving a child at home for work worth it?

In an entirely different tune, Anuja Chauhan, an author and a former successful advertising professional, passionately talks about issues that bother women the most, and bog her down, professionally.

What do you feel are the greatest issues women face?

Women are unappreciated everywhere. At work, they don't get paid as much as the men do, although they both do the same amount of work.

Even emotionally, so much is expected out of her -- to take care of the house, children, and husband.

And this has been going on for a very long time. We women have a long history of suffering silently and never being appreciated for the work we do.

Women are not valued, and most of us live the life of the un-empowered. Frankly, because nobody has the time for them, to look into their issues like it really matters.

The popular media, policy makers, they only talk about woman issues, but nothing really translates into something that shows that things have changed on the ground.

Well, you can say that women were given the right to vote post independence. In many states, women join politics and even reach the helm of affairs, but only because their husbands are not there.

Yes, a woman heads the biggest political party, and a woman is the leader of Opposition at the Lok Sabha. But, my question is, has that changed anything for the woman on the ground, who has to deal with everyday struggles?

Nothing has changed for women in all these years because there is no political will to do so.

'The problem with our society is that we have double standards' 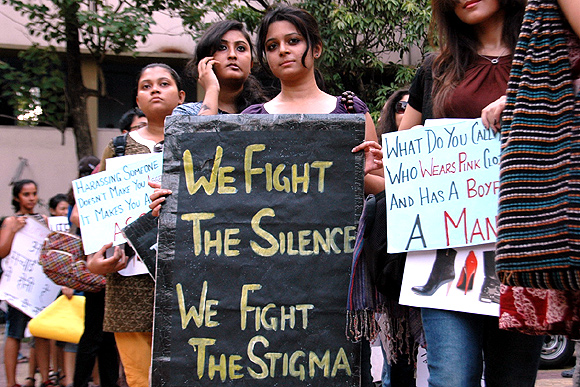 You have children who go to school. What are your observations on the equality of rights?

It is shocking. The problem with our society is that we have double standards. All of us do.

But you'll be stunned to learn what happens in schools. A boy who has girlfriend is considered cool, whereas a girl who has a boyfriend is branded a slut.

How do you respond to such attitudes when a boy with a girl friend is considered 'awesome' whereas the girl is thought of as 'easy?' It is shocking, but one has to admit that children pick up these things at home.

It's like we live our lives in different compartments; when it is time to be seen as somebody who is modern, we step into one compartment, talk about change and woman rights and so on.

But when it's time to look for a daughter-in-law, we step inside a different compartment, which lets us be as traditional and orthodox we wish to be.

It is hardly surprising that states with higher percentages of educated people also show higher numbers of cases of female infanticide and sex determination.

The mindset of the collective, most of who are well educated is flawed.

But there has been growing awareness about woman issues and rights recently. Many people joined hands and protested for woman rights after a tragic incident of a gang rape in Delhi. Do you feel it is an encouraging sign that things might be different?

Yes, a lot of people did come on to the roads after the tragic incident of gang rape in the capital in December, but my point is that people have been coming on to the roads for too many issues now.

They were there to support Anna Hazare and then for Arvind Kejriwal. And so, people coming on roads have now become 'something that happens.' Where are the results?

The only way to get some solid work done is by sticking to the agenda. We have to stay committed to the issues of women rights.

The political leaders have to get the message right that the will of the common man can no longer be ignored.

'How many people in power really want things to change?' 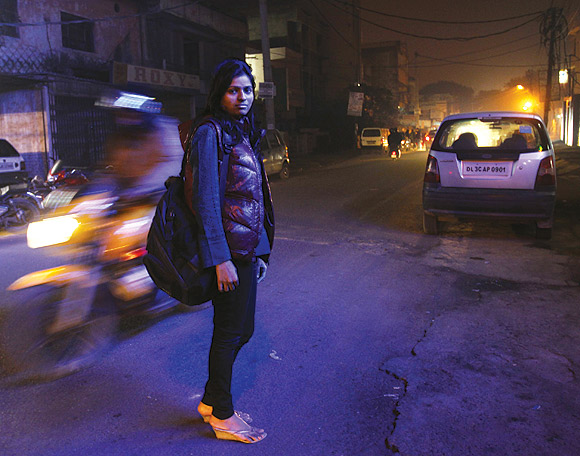 Do you feel that women now have become more aware of demanding their right to feel safe, whether at home or outside?

Security of women is a big issue and we need to demand it, and keep the issue alive in our discussions.

We are half of the population and we need to demand for our safety aggressively.

I feel most of us are very shy and dissident about it. Most of the women in our country today expects a raw deal, and hence they get a raw deal. This attitude must change.

Can you imagine how hard it is how for young professionals, who don't have transport of their own and have to depend on modes of public transport?

It is not just the workplace, where a manager might have a serious think before hiring a girl as he will also have to ensure for her safety till she reaches home, but the mindset of people in our society, policemen, political leaders, is just so wrong.

Changing the security equation today requires political will, but how many people in power and authority really want things to change, is the real question.

'Who said a man gets things done any way better than a woman?' 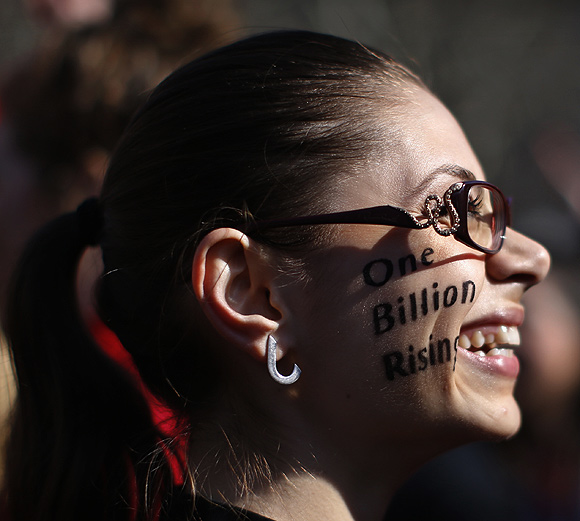 What do you feel are the issues which can really bring a woman down, make her feel low and come in her way of achieving success professionally?

I feel that the biggest baggage is that a professional woman carries is the burden of guilt.

Moreover, everybody around her tries to make her feel guilty. The woman must stand up to it.

She has to get rid of the mentality that we have to do everything.

Each of us should devote some time only to our self. Stop worrying all the time. Don't beat yourself too much.

How can a woman help herself in such circumstances?

We women must stick with each other, and stand up for our rights, together.

Over the years in my professional career, I have often observed that when a woman reaches a senior position at an organisation, she somehow transforms into a quasi-male.

Many want to be a part of the boys and are hence so quick to dismiss their own.

There is a lot of guy politics and they tend to stay back after work, they drink together, play carrom, smoke, and a woman may not always want to join in.

She might hang around if her boyfriend is also present, but at other times, she just might want to go back home or may have children to look after.

Promotions and office work is discussed at these hangouts, to which woman cannot always be a part of.

But my question is: Who said a man gets things done any way better than a woman?

Because there is a general perception -- women feel insecure and she begins to feel that she needs to be someone different.

I feel it is very hard to stay feminine in every way and still do well at work. But women need to stick around to their own.

I feel that women are not vocal about their issues, and even the higher ups don't take them up.

For instance, why are we scared to talk about a woman wanting to reach home to breastfeed her baby? Nobody talks about pre-menstrual cramps.

We need to fight for our demands, to feel safe and secure, and for issues and of being appreciated of the work we put in.