'India is more than a menagerie of monuments' 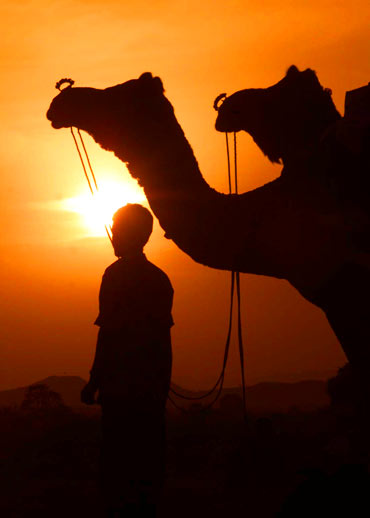 As part of an ongoing series, we bring you stories of young Indian Americans who came looking for the Real India and found their real selves instead. Bharat Kumar recounts his trip to India and tells Arthur J Pais about the one thing he could never have imagined himself doing.

Medical students have been trained under Dr Osler's immortal advice: 'Listen to your patient; he is telling you the diagnosis,' says Bharat Kumar, a fourth year medical student at Saba University in the Dutch Antilles. But for millions of patients, the doctor is unable to listen to them, due to language, he says. Among his passions is to advance the cause of doctors knowing more world languages.

Rajasthan is a veritable feast for the eyes: A land defined by forts, palaces and shrines, bearing proud testimony to the grand heritage of India. But in the long shadows of these monuments live the hidden Indians -- the ones who tourists casually glance over without a second thought, the ones who most locals ignore altogether.

Many of these unfortunate people are lepers, who have the misfortune of not only being poor and sick, but are also stigmatised. They are rejected by friends, family, and society at large, who view them as fatally diseased and cursed.

Yet even these most stigmatised members of society find solace and sanctuary in the kindness of extraordinary men and women, like those we met at the Nimba Nimandi Leper Ashram in Mandore, Rajasthan.

Located a few kilometers outside Jodhpur, the leper ashram is one of thousands that exist throughout South Asia to provide relief to the half million sufferers of the disease. Most of us had only had tangential encounters with lepers mostly as beggars and outdated, stereotypes in films and television.

So, we felt a bit uneasy entering the ashram. In fact, we were expecting something like a scene from a zombie movie.  Instead, we were greeted warmly by the caretakers while the lepers looked on with quiet reservation.

'I shook a leper's hand' 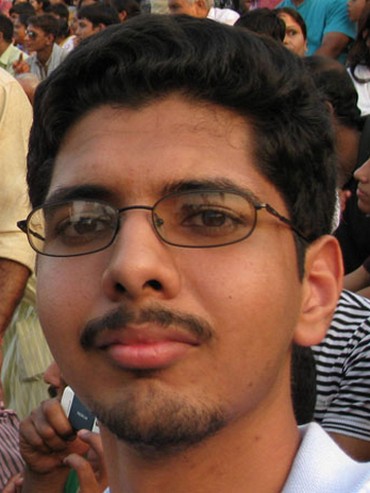 In the hour we spent there, the caretaker told us the sad story of some of the patients. They were utterly alone in the world, many living on the streets, until they were brought to the ashram. Despite being fully treated, they were still cast out of society. It was only here that they were given shelter, food and, most importantly, dignity.

Yet this wasn't a charity in the traditional sense, and neither were these lepers helpless objects of pity.

They were active and acutely aware of their surroundings. Some of the older members helped run the organisation, and engaged in other social work.

Adjoining the ashram was a cowshed built and maintained by one of the senior-most members for cows that had outlived their utility on farms. It was touching to see that even the most vulnerable members of society felt they were actively playing an important role in alleviating others' suffering.

The greatest personal lesson was that Rajasthan, and India as a whole, is more than a menagerie of monuments: It is a dynamic place full of challenges and promises. The great work that is done by civil society in India is commendable, even though only a few individuals are ever recognised fully.

We, as members of the Indian Diaspora, ought to salute them and aid them in their efforts to improve India as a whole.

Bharat Yatra has been more than a just trip to India. It was a profound journey that has given us great insight into what it means to be an Indian American.

However, the most eye-opening moment of the visit was in the last moments, as we were leaving for the bus. I did something that I could not imagine myself doing before visiting the ashram: I shook a leper's hand.