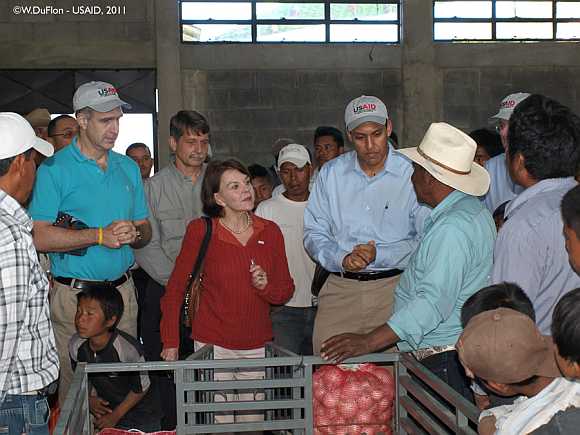 An inspirational figure for many young Americans, his impressive work in improving America's image in the developing world has been constantly cheered by his boss, Secretary of State Hillary Clinton.

In this recent address to students at the American University School of International Service, Dr Shah highlights why it is so important for young people to heed the call of public service.

As you've probably had to explain to your grandparents, I'm Raj Shah, Administrator of the United States Agency for International Development.

Hopefully that explanation was easier than usual, because unlike many audiences I'm asked to speak to, most of you have actually heard of USAID.

How do I know?

Last week, I sent an e-mail to our Agency's staff, telling them that I'd be delivering the commencement address at SIS and asking alumni to share their experiences.

I assumed I'd get a handful of replies, with alumni telling me about their favourite classes or the name of a popular hangout that I could mention for an easy applause line.

But then e-mails started flooding in. From Angola and the Philippines and Lesotho and Bolivia. From our Economic Growth and Policy Bureaus, from HR and Management.

From an agricultural officer currently in negotiations to increase private sector investment in African food security ahead of next week's G8.

From a gender advisor working to ensure pregnant mothers have access to HIV medication so their children are born AIDS-free.

And from a member of our cutting-edge mobile partnerships team, who's helping transform Haiti into one of the world's first mobile banking economies.

After reading through all these e-mails, two things became very clear to me: 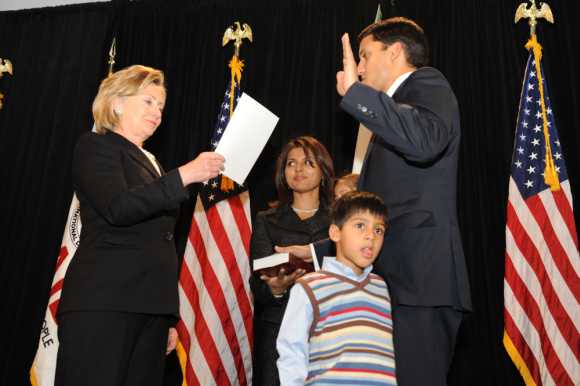 'When I was in your position, I didn't have the courage to make that choice'

First: as soon as this speech is over, I need to take my family to Guapo's for some Mexican food.

Second, and far more relevant: SIS grads don't sit on the sidelines. They get out in the field and learn about the world by actually seeing it.

The e-mails I got didn't talk about popular classes. They talked about peace-building internships in Northern Ireland and trips to the Thai-Burmese border. They talked about great professors and talented classmates from around the world, offering first-hand accounts of their experiences.

Your choice to study at SIS has allowed you to learn from some of the best international affairs minds in the world and demonstrated an early and inspiring commitment to serve. That's not just a throwaway line—I mean it when I say I find that choice inspiring.

When I was in your position, I didn't have the courage to make that choice. I spent nearly all of my academic life pursuing a degree in medicine, even though I knew deep down that development work and public service felt inherently more satisfying to me.

It wasn't until I finished medical school and took my board exams that I finally decided to take a leap, packing my car and driving to Nashville to volunteer on Al Gore's presidential campaign.

As a new volunteer, most of my peers were high school interns. We spent a lot of our time at the local public library, searching for articles about Al Gore's record on microfiche.

Most of you probably don't know what microfiche is&#8212but suffice it to say, it wasn't exactly the high stakes campaign work I was expecting. Every so often, I got to interact with some high-powered campaign consultants. And by interact with them, I mean driving them to the Nashville airport while trying to keep them from smoking in my car.

I soon felt lost, thinking I had just wasted a quarter-million-dollar education without any real chance to make a meaningful contribution in public service. And one night, just as I was ready to quit, I decided to call the two people who knew me best: my sister Ami and my now-wife Shivam.

They told me exactly what I needed to hear: "Stick it out. You wanted this opportunity; you gave up a hell of a lot to get it. You need to see it through."

I can tell you from experience, a life spent in service will often lead to these types of crossroads. International service is not filled with financial rewards, nor is the work-life balance what most psychologists would call: "healthy."

The true rewards are the relationships you build, the experiences you share and seeing those you help along the way—reward that will mean far more to you than the numbers on your paycheck or the car in your driveway.

I had enough sense to listen to the women in my life—I stuck with the campaign and as a result, built some of my closest and most rewarding friendships.

And it was those friendships that led me to work at the Gates Foundation and begin my career in development. When I started at the Gates Foundation, I spent a lot of time learning about how the world bought and delivered vaccines to poor countries. Despite the fact that basic vaccines cost pennies per dose, millions of children were still dying around the world from preventable diseases like measles. 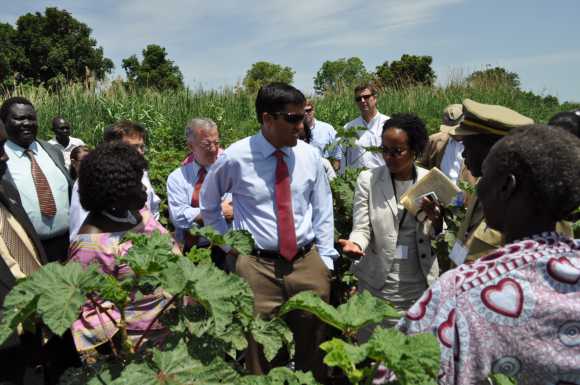 Today, a child born in the developing world is as much as 15 times more likely to die before turning five than one born in America. These children may be born into different circumstances, but their families suffer exactly the same pain, the same anguish and the same loss that any of us would feel.

Thankfully, what is true today that wasn't just a few years ago is that we now have the tools we need to change this brutal fact of life. Vaccines, bed nets, nutritious supplements, HIV/AIDS medications, bag masks that can fight newborn asphyxia -- together they only cost about $30 and can fit comfortably in a backpack.

We believe that if we can equip community health workers with these simple interventions and push them deep into countries that represent the largest sources of child death each year, then we can give their children the same chance at a healthy life as those born here in America.

In June, we'll be co-convening a global summit on Child Survival with the Government of India&#8212a country that has seen rapid economic growth but slow gains in child survival. Together, we hope to unite the world behind a single goal: that every child has the same chance to see their fifth birthday.</P> <P>To raise awareness about this effort we're asking people to visit our web site and post pictures from their own fifth birthday. Through that simple act, we want to remind people that a milestone we simply take for granted in America escapes over 7 million children and their families every year.</P> <P>Both our food security and child survival initiatives still have a long way to go. But as with many goals that initially seem unrealistic, progress is slowly being made, momentum is building and those who questioned our approach are starting to stand by us.</P> <P>It's easy to look at the challenges present in the world today and get discouraged. It's easy to be frightened by a still fragile economy, or to be overwhelmed by the level of poverty and grief that exists in today's world.</P> <P>That day in at the refugee camp in Dadaab, I felt a similar feeling of powerlessness in the face of such suffering. At the peak of last year's famine and drought, more than 1,000 people were arriving at the refugee camp every morning. Exhausted from their journey, the families would assemble in a massive yard, waiting to be registered and received into the camp.</P> <P>Each child that came to the camp proceeded through a series of tents. In one tent they were diagnosed for malnutrition or disease, in another they were given clothes and food. And in one tent, they were given doses of lifesaving vaccines.</P> <P>This was incredibly important; we've learned from other famines that the leading cause of child death isn't starvation, it's disease. Children become so weak that they die from common ailments like measles or diarrhea.</P> <P>But an amazing thing was happening in that vaccine tent that suddenly changed the way I felt that day: Every child was receiving a new vaccine that would protect them against almost a dozen strains of pneumonia.</P> <P>Eighteen months prior to my visit, that vaccine was so expensive, it was simply out of the reach of the poorest children in the world. But last June, the United States and other donors came together and pledged over $4 billion, and partnered with Glaxo Smith Kline to lower the cost of that vaccine by 86 percent, ensuring it could reach the world's most vulnerable children.</P> <P>In that moment -- amidst all the despair and suffering that I witnessed in the camp -- I suddenly realised that the work USAID had done was making an incredible difference in the lives of these children. Thanks to efforts of our staff and the support of the administration, children would not have to die needlessly of a preventable disease.<BR>&#160;<BR>It's moments like those that sustain you and fuel you -- that remind you why you chose a life of service. Moments where you realise the work you do matters enormously, despite the mammoth challenges you encounter. Moments when you realise that you have the power to make the unreal, suddenly, powerfully, real.<BR>&#160;<BR>To the graduating class of the School of International Service, I want to thank you for the choice you made to earn this degree.</P> <span class="clear"></span><span class="ht10"></span><div class="greyline"></div><span class="clear"></span><span class="ht10"></span> <span class="ht10 clear"></span> <script type="text/javascript"> function printArticle(){window.print();return false;} </script> </div> </body> </html>