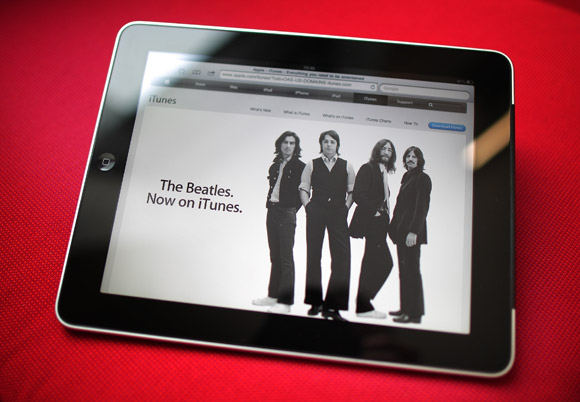 Now that Apple's media player and library application has finally created an online store specifically for Indian consumers, Raja Sen sizes up what it has to offer -- and at what cost.

Three days ago, Apple's iTunes Music Store went live in India, finally opening us up to the simplest and easiest way to buy movies and music online. It's taken a helluva long time, frankly, considering Apple started selling music in the US way back in 2003. (It was a simpler, happier time. Peter Jackson was making 2-D movies at 24 fps, Beyonce was single and there was no Indian Idol on our screens.) A lot has happened over these nine years, chief of which has been perhaps the world's utter iPodisation. The iTunes Store was more responsible than any other in the death of the audio CD, and we're now used to consuming our music digitally. Ditto with movies. Our Internet connections have gotten fatter, speedier and steadier, and downloading a movie -- for many of us now -- is easier and quicker than hunting out the DVD.

Here in India, however, a lot of our digital media consumption has been limited by availability. Those willing to pay the dollar price were buying music and TV shows off iTunes, sure, but this was a tiny number. The rest were either swapping hard drives and gigabytes of media, or pirating it. It has been a question of access, most of all: and to an extent a lot of us remain stuck in the dark ages, asking friends and family to bring back one specific deluxe edition CD or a DVD box set we know we aren't likely to find here, ever.

So, now that it's here, will the iTunes store in India change our lives?

For one thing, there's Flipkart: the hyperefficient bookstore that has expanded to all sorts of products, with little concern for our overworked credit cards. In February this year, they launched a digital music service called Flyte that lets you buy albums or individual songs. Given that we'd already spent small fortunes buying books there over the last few years, we trusted it instantly. And Flyte's a great service, it really is. It's quick, the quality's spot on, and while the search engine interface might not be up to scratch, it's worth it to dig around and find (and even discover) music. Fun.

Big daddy iTunes has come in, however, and there will be a shakeup. Most of us have iPods now, and the rest have iPhones. Then there are the iPads. And because of the apps on these devices, we're constantly going to iTunes, to buy, upgrade, find a free deal. We're already conditioned to click-and-download.

And that's vital because -- here's the thing -- despite Flyte being a solid service, only three people I know use it, besides me. People in India have all kinds of misgivings about online shopping (some, for example, will never buy clothes online) and while Flipkart may be good enough to send us books really quickly, the thinking is that maybe that's all we should get from there. It's the old tried-and-tested line, but with too few willing to try for the very first time. I know people who are more comfortable ordering CDs online than downloading the music directly. It's changing, that perception -- and Flipkart isn't even the best place to buy books anymore -- but while it gradually does and we open up to Flyte and other competing services, Apple starts off already having commandeered our credit cards and our trust.

It's also so much easier, iTunes. Since the application is both marketplace and jukebox, there is complete synergy between sale and sound. It's ludicrously easy to get carried away and click too much. (Don't even ask how much I've bought from iTunes these last couple of days.) 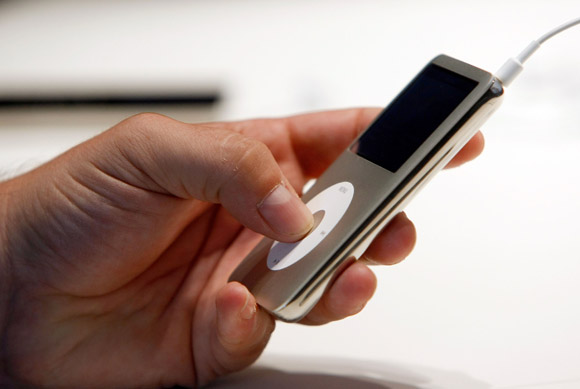 What exactly does it offer, though? In terms of the music catalog, there's little to choose between iTunes and Flyte.

Looking at Bollywood, the Talaash soundtrack is cheaper on Flyte (Rs 48 v/s iTunes' Rs 72) but the Jab Tak Hain Jaan soundtrack is cheaper on iTunes (Rs 108 vs Flyte's Rs 135). Individual songs appear cheaper on Flyte (there's a wealth of material at less than Rs 5 a song) but Vishal Bhardwaj's latest single from upcoming film Matru Ki Bijlee Ka Mandola is for Rs 12 on iTunes, three rupees less than on Flyte. Non-current and classic Bollywood music, however, looks considerably cheaper on Flyte; Hum Dono, Satte Pe Satta and Swades were all much cheaper than on iTunes.

In terms of current international releases, iTunes looks more solid, pricing the new How To Destroy Angels EP (released November 13) for Rs 72, while Flyte does it for Rs 90. Green Day's new album Dos! is for Rs 70 on iTunes, and hasn't found it's way to Flyte yet -- though it must be said that Flyte does have Green Day doing The Simpsons theme song for Rs 3. Grab, really.

The truly thrilling thing about pricing like this for current, hot off the presses international music is that it will encourage listeners to experiment, to try out an album on a whim and to discover new music. CD imports have always been prohibitively expensive -- most of us sticking to buying only CDs we already know we like, or by favourite artists -- but now if top new acts are up for grabs for less than a hundred bucks, well, why not go a little wild?

Even with international music, Flyte seems to have a distinct edge with older music. My instinctive search on music engines is for Frank Zappa, and Flyte won in all the three albums I looked at, one rather dramatically: Ship Arriving Too Late To Save A Drowning Witch (iTunes Rs 120, Flyte Rs 60),

(Speaking of The Beatles, however, don't even look for them anywhere outside iTunes. Apple are the only ones with the rights, it took them several years to snatch, and all you'll find on Flyte are Beatles cover bands. But go to iTunes right now and buy The Beatles Box Set. At Rs 1,800, it's an absolute steal compared to the US price of $149 dollars. Rs 15/track really does beat $1.29 a track, and this great deal gets you all the albums, more than 250 songs plus documentaries and cover art. If you have ears, you deserve to buy yourself this.)

So then new music on iTunes and discography-building via Flyte? Looks like it, but check both places. I've seen many an unlikely offer pop up, and saved a lot of money. 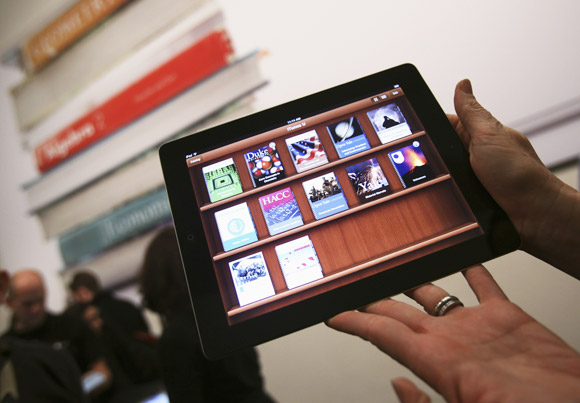 The big iTunes disappointment, and one Apple must rectify soon, is with the Movies section. Unlike the American iTunes store, Apple does not offer TV shows for download in India, and that is, as the kids nowadays say, automatic #fail. It's a big omission, since the Americans routinely churn out better TV these days than they do movies, and while the movies do make it here eventually, a lot of the shows don't.

There are standard rates for movies on iTunes, regardless of quality. So the epic Bridge On The River Kwai and the trashy Faster, starring Dwayne 'The Rock' Johnson, both cost the same: Rs 490 to buy and Rs 120 to rent in high-definition quality, and Rs 190 to buy and Rs 80 to rent for standard resolution. I'll get to the bit about rentals in a bit. New Hindi films (those that have blu-ray releases and are released in HD) are priced almost exactly the same, but the price to buy a Hindi film is Rs 290, compared to the English Rs 190. Older Hindi movies, all in standard resolution, are priced at Rs 190 to buy and Rs 80 to rent, so that's what you'll pay for a copy of Golmaal or Kaala Patthar.

That standard-resolution purchase price (the one they've priced higher for new Hindi hits) is what is going to be the most used on iTunes India. People are willing to spend time downloading a film, but most will spring for a standard-res film instead of a much larger HD file. Using up bandwidth and time etc, I believe most folks will also prefer to purchase instead of rent.

This may have something to do with the renting part of things sounding kinda complicated, especially if you plan to download on your computer and watch on your television. Renting essentially means you have the film on your system for 30 days, and once you press 'play', you have 48 hours to finish watching it. This is priced less than most decent DVD libraries, but then right now the material on offer in the iTunes catalog is a far cry from any well-stocked DVD library. There's every Yash Raj film and some recent hits, with a bunch of old comedies, but this is by no means an exhaustive collection.

The English section is even more woeful. In the US, the film releases on iTunes the day the DVD is launched, but all we have here are a very random assortment of English movies. Pathetic, really. Another worrisome fact is that all the English film posters seem to have an Indian CBFC certificate, and it remains to be seen whether even adult movies will have cuts, as is the case with some licensed foreign-film DVDs sold in our country. So I'm not going to go ahead and ask you to download a grown-up film just yet. Let the store grow up first.

But once it does open up, and we have Looper releasing here the same day as it does in the US, piracy in India will drop massively.

Nothing will kill piracy, of course, but several people who illegally download movies and music do so because there isn't any legal way to access new/obscure content -- content that is being hotly discussed across the Internet right now, and might not be relevant when we finally get the DVD two months later. Having the option -- and it being so darned smooth -- will make a huge difference. Ditto for the TV shows. Bring them to us, Apple.