The Stanford scientist who dreams of paper microscopes, computers made of bubbles 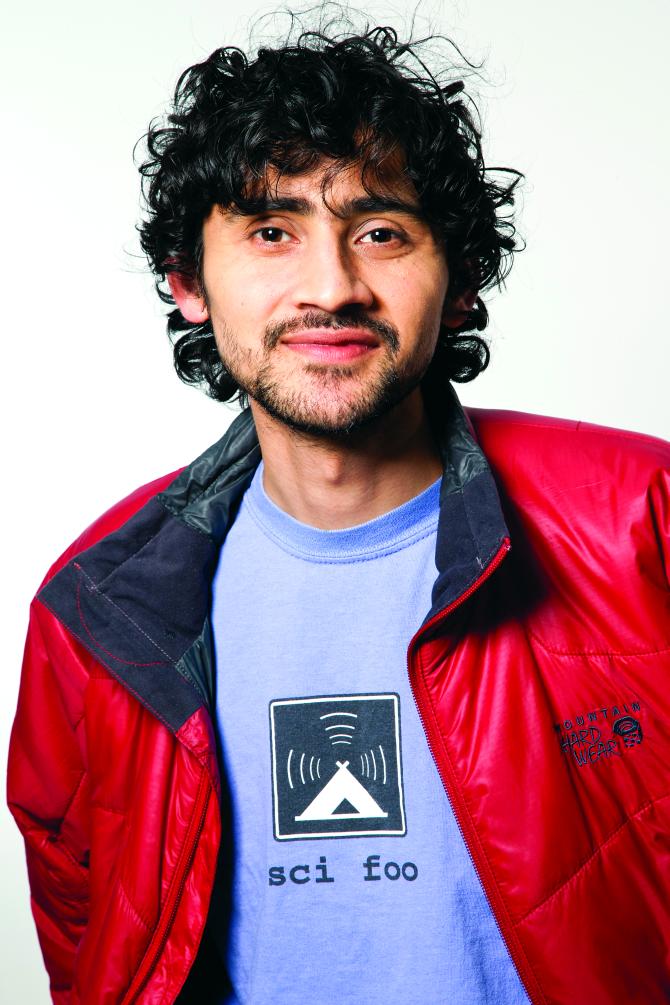 In the concluding part of this series on three young Indians American who are pushing the boundaries in their respective fields, Arthur J Pais speaks with Dr Manu Prakash whose low-cost microscope and oral cancer detector that can save millions of lives were born out of empathy for poor people.

In the second part Arthur J Pais spoke with Kirin Sinha, winner of the prestigious Marshall Scholarships, who uses dance to teach maths.

Much before Manu Prakash, an assistant professor, physicist, and bioengineer at Stanford University, was named a Grand Challenges Explorations winner last month, an initiative funded by the Bill & Melinda Gates Foundation to promote exploration of bold and innovative ways to improve global health, he was being hailed at Stanford for creating a ‘revolutionary’ scientific instrument.

The $100,000 award, he said, would support long time clinical studies of the instrument called foldscope, a paper microscope that will cost less than 50 cents to manufacture and could replace the standard microscope that costs $150 to $400 in India.

“Some of my discoveries are born out of great curiosity and empathy for poor people,” Dr Prakash told India Abroad. “We are not taught empathy in the schools but if you travel around a lot as I do, and seek to confront the problems, you may want to work on creative projects to solve them.”

Dr Prakash, who was born in Meerut in a middle-class family, earned a BTech from the Indian Institute of Technology-Kanpur in computer science and engineering in 2002. He did his master’s and PhD at MIT in applied physics, getting his PhD four years ago.

The foldscope can be shipped in a flat configuration and assembled in minutes, he continued, and device testing is on in India, Thailand and Uganda. It will allow user feedback to help refine the design for mass production.

“Eventually, and this is not going to happen in the next two years or so,” he said, the goal is to print the foldscope “like newspapers.’

If the pilot is successful, Dr Prakash will have the opportunity to apply for a follow-on grant of up to $1 million.

He said he is aware that in many developing countries hospitals have low budgets, and purchasing a microscope is not possible in many cases.

Another invention by Dr Prakash and his Stanford team that is creating a lot of buzz could lead to cost effective detection of oral cancer at early stages.

The oral cancers that could have been detected early with regular dental checkups go undetected because of the paucity of dentists in many countries.

The ultra-low-cost smartphone device, which could cost a few dollars to manufacture, is being developed at Stanford. It may enable early diagnosis of oral caners, with no dentist visits required.

A story in a Stanford publication said Dr Prakash has developed a way to use smartphones to create detailed images of the oral cavity and screen patients’ mouths for suspicious lesions.

The device called OScan, about the size of a pack of gum, could make it possible for millions of people who live in remote areas to get this imaging done as easily as snapping a photo on a smartphone.

“We have been receiving quite a few awards for this and a lot of buzz,” said Dr Prakash.

The Stanford scientist who dreams of paper microscopes, computers made of bubbles 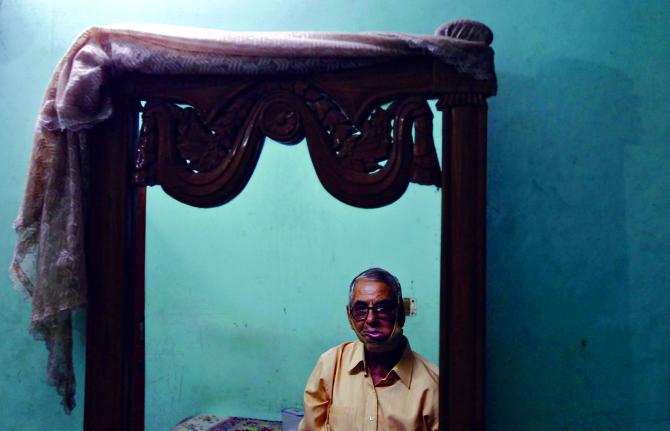 He said he had first thought of doing something for oral cancer during a vacation in Sewagram in Nagpur, Maharashtra, where he found at a rural clinic many cases of oral cancer. ‘Sometimes I see a problem and it just sticks in my head,’ he was quoted as saying in a publication. ‘This was one of those moments for me… I just could not walk away from that chance meeting. I knew friends at high school who used to chew tobacco constantly. Nobody talked about the dire consequences.’

Dr Prakash and the OScan development team plan to use the $250,000 in award to do more field-testing of the device and software application in India.

He said a medical student there showed him biopsy slides of oral cancer patients, which showed the devastating effects this type of cancer has. Many had inoperable, malignant lesions on the tongue and cheek, with some patients being as young as 15, according to a Stanford publication.

Although oral cancer has a high survival rate if detected early, two-thirds of the patients who walked into the clinic were too late for treatment.

Last year, NPR picked as its weekly video-pick one of Dr Prakash’s inventions. ‘…. about bubbles being used for something that really surprised me.’ The host said. ‘I’ll never look at seltzer the same way. This guy, Manu Prakash at Stanford, says that you can use bubbles to make a computer.’

Dr Prakash has explained how bubbles can be used as bits to make a computer. By directing the bubbles through etched pathways, NPR said, they act like electrons traveling through circuits. In this system, however, the computer is powered by gravity and the bubble bits can carry things inside of them as they compute.

“We are a curiosity driven research group working in the field of physical biology,” Dr Prakash said. “Our approach brings together experimental and theoretical techniques from soft-condensed matter physics, fluid dynamics, theory of computation and unconventional micro and nano-fabrication to open problems in biology: From organismal to cellular and molecular scale.”

“That is true,” he said. “At the same time, we should be aware of the importance of curiosity all the time.”