No 'curry in hurry' for top chef Hemant Oberoi 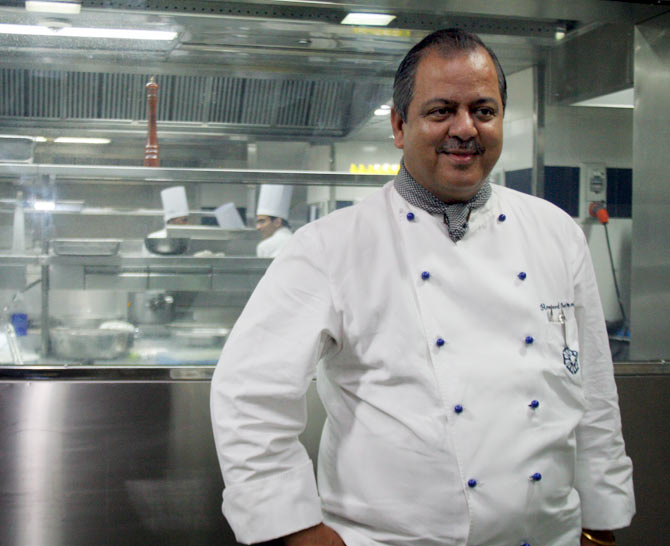 'Do you ever hear of rosemary flavoured tandoori lamb chops on one of the menus in London?'

'If you forget your roots, roots will forget you. We should first make use of our own produce, our own roots.'

'Going to culinary school and being a chef in today's time is completely different from what used to be when I started my career... newcomers have a tough task ahead'.

Celebrity chef Hemant Oberoi has served several dignitaries. The Obamas, Prince Charles and George W Bush are just some of them.

Oberoi who has recently launched his book The Masala Art: Indian Haute Cuisine speaks strongly against aping the west and using their ingredients instead of local produce in Indian cuisine, why he is not made for reality TV shows and offers his advice to aspiring chefs and beginners in the hospitality industry.

He says professional chefs should refrain from resorting to a 'curry-in-a-hurry' cooking style, says top chef Hemant Oberoi whose culinary delicacies have been savoured by the world's rich and the famous.

"A doctor can kill one patient with a single mistake but a chef can kill a hundred," says Oberoi who in a career spanning over three decades has refashioned ancient recipes and frequently rustles up food innovations.

The chef, who digs into the roots of Indian cuisine for inspiration, be it to reinvent a 19th century roast chicken or to prepare dishes from different chillies, says he hopes new age cooks have the patience to treat food ingredients with the same generosity as they treat guests.

"We are trying to ape the west and we have forgotten our roots. You want to use thyme and oregano in the Indian food but tell me do you ever hear of rosemary flavoured tandoori lamb chops on one of the menus in London. There is no point creating these kinds of funny dishes," Chef Oberoi told PTI in an interview.

Ghee-roast chicken, a delicacy from Mangalore, which Oberoi has reinvented, finds its place in a new menu at his restaurant Masala Art at Taj Palace here. The two century old chicken dish, which is placed on a parchment paper, is served with beans, potato and daal in three small bowls.

"The parchment paper has the history and description of the dish written on it. So people having the dish will also get to know about it," says Oberoi. He particularly says that ghee is a better medium for health and should be used.

Up on the menu too are innovative recipes like Edamame in Filo as well as Bhatti ka Asparagus and Balchao Seabass, especially crafted to showcase the complementarity of different Indian spices and flavours.

Also for the fifth anniversary of the restaurant 'Varq', another Taj property, the chef has launched an interesting menu, which includes kale chane ki cappuccino, green chilli tulsi and pine nut fish.

'Don't be just a cookbook chef' 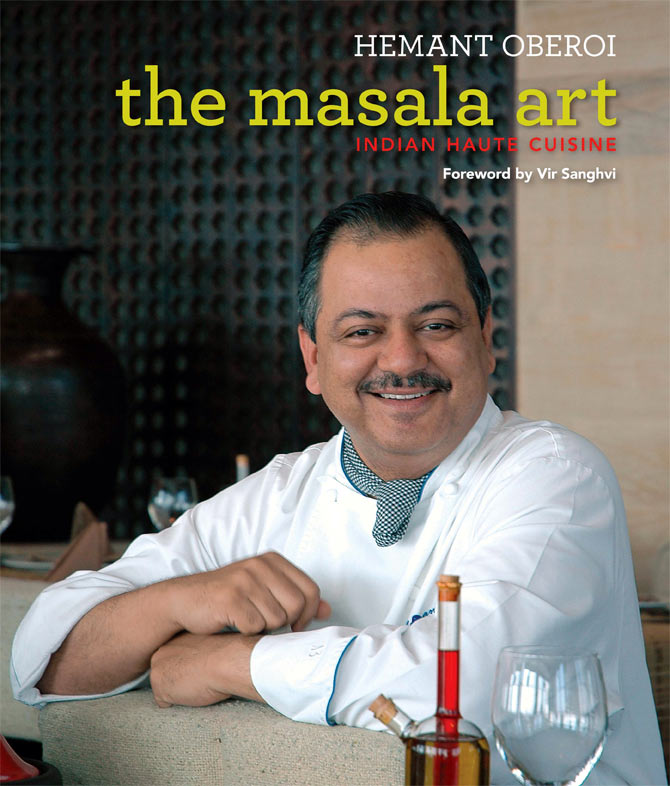 In his recently launched book, The Masala Art: Indian Haute Cuisine (Roli Books) the chef has shared age-old recipes and secrets with contemporary flavours while keeping their traditional touch intact.

He also stresses on the importance of using local produce and masalas. "If you forget your roots, roots will forget you. We should first make use of our own produce, our own roots," says Oberoi in whose kitchen black pepper remains a commonly used ingredient.

"It is our product, we should use it. People want to use oregano and forget black pepper."

Oberoi is also known for having prepared some 30 dishes from 45 types of chilies procured from various parts of the country.

"You are living in a country which grows chillies but they want to be fashionable and only want fennel in their food. Use it by all means but first use your own produce, your own roots which will make the food so wonderful," he says.

Even though one would find wine served with every dish at his restaurants, Oberoi says he makes sure people don't miss out on the flavour of sherbets.

"I would like to give first preference to Indian drinks. We were the first people to bring sugarcane juice in hotel culture," he says.

Said to be the first Indian chef to be nominated into the World Gourmet Club, an umbrella organisation that provides the network for chefs across the world, Oberoi feels that young chefs should fell free to experiment but only when they have mastered the basics.

"Going to culinary school and being a chef in today's time is completely different from what used to be when I started my career. Today the industry is hugely competitive and so are the challenges. Newcomers have a tough task ahead," he says.

For aspiring chefs and beginners in the hospitality industry, Oberoi offers a piece of advice, "Don't be just a cookbook chef."

'I would have liked to also serve the South African anti-apartheid revolutionary, politician, and philanthropist Nelson Mandela' 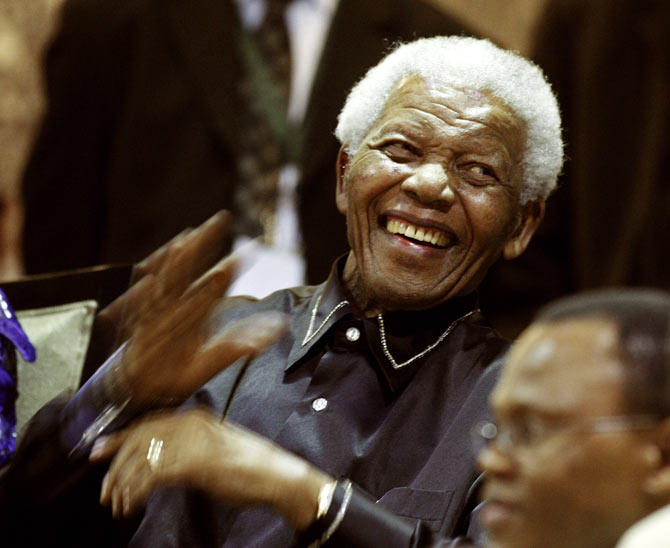 I never wanted to be a chef, in fact I never even gave it a thought. I belonged to a Punjabi family for whom the only available higher education options to pursue were engineering medicine or the Army. Unfortunately, I failed at them and destiny had this in store for me," says Oberoi.

Although the chef has tasted all possible fruits of success in his culinary career, reality cookery shows are a big 'no' for him.

"I am not cut out for reality shows. There are two types of chefs: TV chefs and chefs for the TV and I belong to the second category. I believe the real life chefs have bigger challenges to face than the reel ones. The audience is not going to taste what they have cooked but real life guests and customers do," he says.

With the culinary expertise of 30 years Chef Oberoi has served famous personalities including Prince Charles, George W Bush, Bill and Hillary Clinton, Margaret Thatcher, The Rolling Stones and most recently the Obamas.

"One person who I would like to serve is my wife who I don't have time for since I am so busy. I would have liked to also serve the South African anti-apartheid revolutionary, politician, and philanthropist Nelson Mandela. He used to love Indian food, especially curries. I was in Cape Town a few months back but he was ill," chef Oberoi told PTI.

Next on Oberoi's to do list is to explore and catalogue Indian cuisines which are not popular yet.