Sign in  |  Create a Rediffmail account
Rediff.com  » Getahead » Is your EPF lying dormant? Here's what you lose 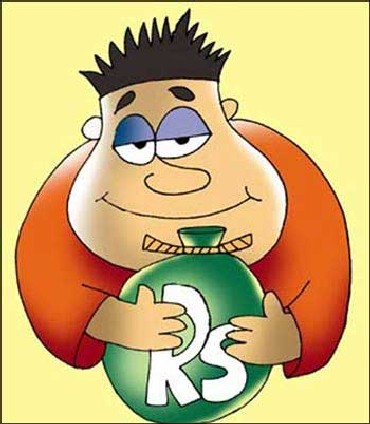 It was in March 2008 I changed the job, but never cared to know what happened to the balance in my PF account (Employee Provident Fund) accumulated over a period of time with my past employer as I had opened a new PF account through my new employer. But whenever the topic of EPF popped up, I promised myself to take it up head on; either get it transferred or claim the refund.

But the very next morning I became busy on other fronts and the thought evaporated. The project went on the backburner and my EPF account has been lying dormant since then. Three years elapsed, my EPF remained in coma. There was no action as my new employer had opened a new EPF account and my contributions were going there.

So far so good as I kept pacifying myself -- where will my money go? Moreover I was earning interest on that amount. Till while sipping my afternoon tea in office I saw the ticker running on a prominent business channel  that EPF will earn 9.5 per cent interest in the current year. Once again I thought of transferring the balance in my PF account crossed my mind...

...still I remained in the grip of inaction till EPF made news again and this time target were employees like me who believed in keeping a dormant account for years.

The author is chief editor, Apnapaisa.com. 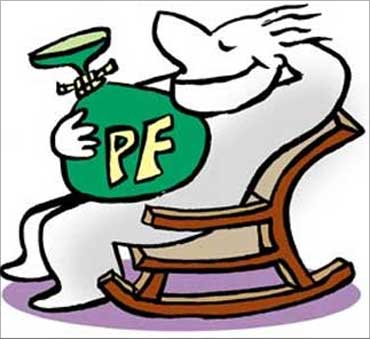 Read on to know how these two events on EPF front triggered me into action and I filed an application for transfer of my EPF.

On March 17, 2011, nearly 50 million employees in India rejoiced when finance minister Pranab Mukherjee granted the gift of 9.5 per cent interest on their Provident Fund deposits. The proposal was cleared for raising the rate from 8.5 per cent to 9.5 per cent for the financial year 2010-2011. Thus making the EPF returns best now, as the employee will get up to 13.6 per cent pre-tax returns (with tax benefits), with 100 per cent safety of capital.

Then another news followed from the EPF stable and this time it was for those subscribers who have taken their EPF accounts for granted implying their accounts have not been operational on account of job change or have left the job.

An account becomes inoperative when there are no credits in the account for 36 continuous months. However no interest will be credited on the EPF accounts which have not been active for 36 or more months as on April 1, 2011.

Their EPF will no longer earn interest effective April 1, 2011. However in case your dormant account will continue to earn the interest for 36 months during which it remained dormant.

This is when my eyes opened and I applied for transfer. 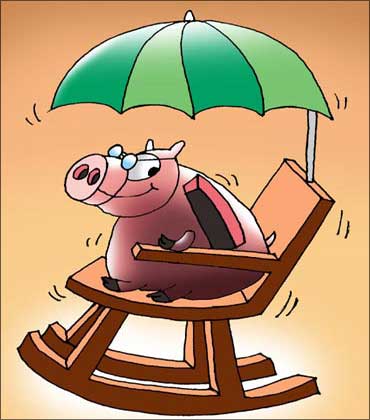 So what will happen to the interest which will accrue till the process of transfer gets completed?

Those subscribers who have inoperative accounts from their earlier jobs will not lose interest if they have filed an application for withdrawal of accumulated funds or transfer to an operative account before March 1, 2011 even if the settlement happens later.

This way our interest was safeguarded.

Such account holders will not be penalised for the delays though Employees Provident Fund Organisation is expected to receive lakhs of applications for transfer/ withdrawal of inoperative accounts. The interest will be paid even if there is a delay in transfers or closures beyond one month of submission of applications from account holders.

This way account holders will keep getting interest till the account is actually closed or transferred irrespective of when it happens.

The Central Board of Trustees of the EPFO, the key decision-making body for the fund comprising representatives from the government, employers and trade unions, has decided the government would stop giving interest on accounts that have been inoperative for more than three years from the next fiscal.

So if you have not acted till now, not all is lost.