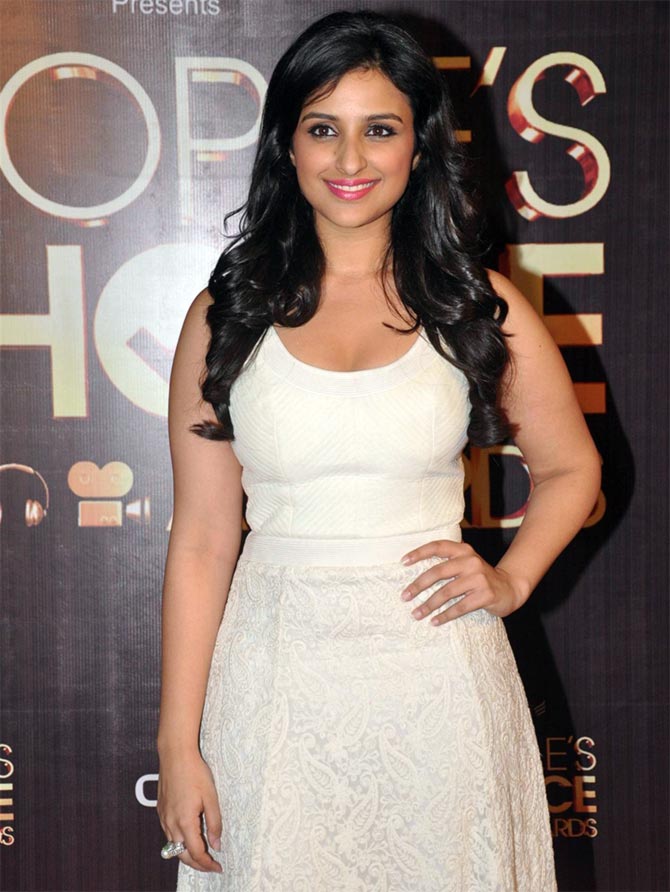 Every woman has a 'period' story. And it's not always a funny one. In fact, it's nearly always embarrassing or humiliating or painful.

The menstruation cycle -- as natural to a woman as it seems unnatural for many men -- has been shrouded in taboo and myth for centuries.

To battle these misconceptions -- and, of course, promote their product -- a leading manufacturer of sanitary napkins launched a ‘Touch the pickle’ campaign (for those of who you don't know, many believe that if a menstruating woman touches pickle when it is being made, that batch of pickle will be spoiled).

What made you consider being associated with a product like this?

It was not a plan. Actors don’t choose their brands. We pick and choose from what we are offered.

I would have been a fool to say no.

A lot of actors would have said no to it. But I just don’t think like that.

I’d never be associated with alcohol because that’s unhealthy for you. I wouldn’t endorse cigarettes either because that too is unhealthy.

But using a sanitary napkin or using a condom is a good thing. It is like saying, ‘Save the Tiger’.

My first period experience was not shocking for me. At a certain age, you expect it to happen and it happened.

The credit goes to my mom because I was educated about it and, when it happened, I knew exactly what was happening. Otherwise it leads to panic when you think you are bleeding.

I think I was 11 when it happened. I went very coolly to my mom and said, ‘I think I have started my period.’

The big thing was to tell my dad. He suddenly felt that ab meri beti badi ho gayi hai (my daughter has grown up now).

We come from a fairly educated family so it was all good.

To what extent are women in India responsible for making periods a taboo topic?

Not so much. It is not women because we know what’s going on with us. And we would never impose a taboo on ourselves.

I think this is just something that has come from old times. It is thought to be something wrong, unhealthy.

Fifty years ago, there were no sanitary napkins. They had to use cloth and cotton and it was a big deal at that time.

So people felt that women should stay in a separate room when they menstruate and that led to a number of taboos being associated with what is a natural occurrence in a woman’s life.

Has God been unkind/unfair to women, since men don't have periods nor have to face the problems that can come up with pregnancy and childbirth?

(Laughs loudly) I will be asking Him this question one day, ‘Excuse me, where is equality?’

I wish men could also get pregnant. They should conceive and they should have periods!

Guys really have it easy… they have no problems in life.

On a serious note, I think being pregnant is an honour.

I think those films worked because there was something new in them. None of these films did it in a titillating way where you say, ‘Let’s use sex, let’s use a love-making scene and sell this film.’ We never did it in that way.

Ishaqzaade was about a girl getting raped by her husband. Hansi Toh Phansi was about a scientist being addicted to drugs. And, in Shuddh Desi Romance, we were trying to say that live-in relationships are not wrong.

I am not in a film to make a statement. They have just been strong characters. So I did them.

Ishita Malaviya: It happened in school and I covered it with a sweater 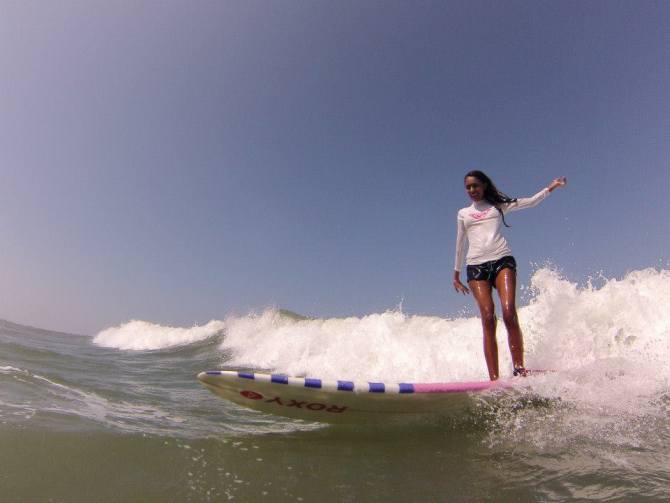 What was your experience of your first period like? Did it worry you?

I must have been 12 or 13 when I got my first period. I was at home. I was not sure what it was, but I went to my mom who had already spoken about it to me so that I would know what was happening.

Did you face any taboos when you had your menstrual cycle?

I am very fortunate and thankful that my parents are so open-minded. They explained what periods are and never really imposed any restrictions.

But a lot of my friends faced these restrictions from their families; they wouldn’t come to school for two-three days.

In school, you feel a bit embarrassed when you to go to pee during your periods and things like that.

Would you discuss your periods with your friends?

With girls, yes. When you are growing up, you always feel embarrassed to talk about it with boys. If you are carrying a pad, you hide it.

It is so important to liberate yourself from that feeling. The more people talk about it openly, the better it is.

Get the word out.

Did you ever wonder why women only had to go through such embarrassing situations?

I would, but again, only women have the gift of giving birth.

But now technology has become so good that you don’t even notice it or realise about it.

Today, you don’t cry or complain about your periods so much.

One incident when you actually felt embarrassed because of your periods…

For every girl, it is when you get caught with a stain on your skirt or your dress… that happened to me.

It happened in school and I covered it with a sweater. It’s embarrassing because people know, if you are wearing a sweater around your waist, then that’s what’s happened to you!

How would the boys react to such a situation?

I think they were quite shy and never brought it up. But, maybe, they spoke about it among themselves.

Nungshi Malik: Never feel that having a period makes you impure or an outcast 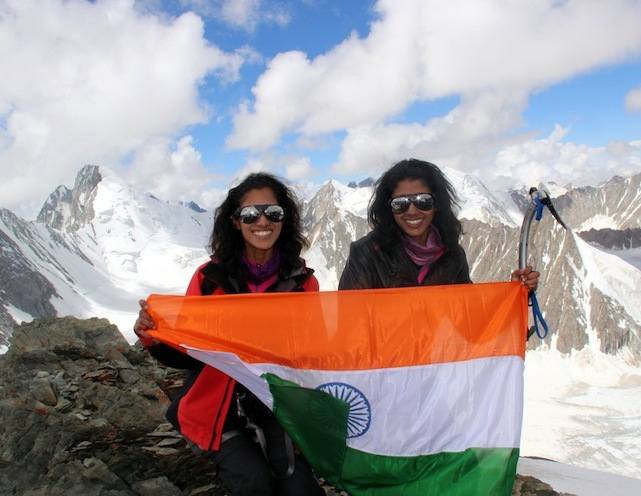 What was the experience of your first period like?

Our mother had spoken to us about it. We were in the ninth grade when we got it for the first time, at the age of 14.

We both had it at the same time. Twins (laughs)... That’s how we connect.

We told our mother and she told us it was our period.

She wanted us to be open with her. She didn’t feel this was something that should be hidden from society or your family.

I think my mother suffered a lot when she was young. Her mother and father never told her what a period was and what happens during a period. So she felt it was important that her daughters should know about it and handle it confidently.

How did you handle your first period?

We had heard of the myths and taboos…that you can’t do certain things when you have your periods.

In south (India), we heard from our friends, you are put in a dark room and given food there separately. So we were afraid of that. We were like, ‘Will our parents also expect us to go to a room like that?’

But thanks to our upbringing, my sister and I believe in breaking such taboos.

When something is happening to you naturally, why should you hide it? It is not happening to just one woman. It happens to every woman.

I remember Tashi and I were in Manipur at that time, where it was not even spoken about. It was very upsetting to see girls skip school when they were ‘down’ or restrict their movements because of their menstrual cycle.

My sister and I made sure we educated, informed and encouraged everyone not to feel shy of menstruation.

A woman doesn’t grow horns when she menstruates.

We would tell our friends in Manipur about ‘period incidents’ in our family -- challenging age-old taboos -- and how womenfolk in our family handled it without feeling low about their existence.

Did you manage to help them break the traditional restrictions?

Absolutely. I remember that we started this programme in the ninth grade that told girls not to feel shy during their period. And, in tenth grade, no girl skipped school just because she was menstruating.

We also told them to use modern, hygienic sanitary napkins instead of primitive methods. We managed to change that as well.

Our father, who was an Army man, did not mention it in so many words but he would tell us, ‘No matter what happens and what phases you go through (periods) you are not going to miss your jog and walk.’

How do you prepare yourself for your monthly period?

When we go climbing, we have very irregular periods. The doctor says this is absolutely normal. We avoid taking pills that the other girls tell us to take when we go on an expedition.

Despite having our periods, we have managed to climb the mountains.

In fact, while climbing Mount Everest we had our periods. But we still did it.

Any taboos you faced from your family during your periods…

Not entering the temple.

This is something I could never understand. Sikhs allow women to go to the gurudwara when they have their periods. The taboo is a self-created belief.

My sister and I told our nani maa (grandmother) that, if God has created us, He has given us periods with a purpose and we have the right to enter the place of worship during our periods.

I think God reckons that women are stronger and so gave periods to women. We thank God for letting us have periods because it is a learning and connects you to being a woman which is a very strong force in life.

Your advice to women who get embarrassed or suffer from low self esteem because they get periods.

You need to be aware of these ridiculous, social taboos, which you have to put away in a basket and move forward.

When you have your first period, don’t be afraid to talk to your parents about it.

Never feel that having a period makes you impure or an outcast.