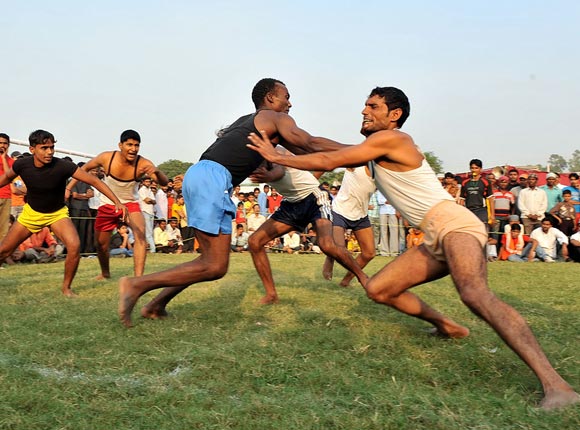 It's time to put those cricket bats and footballs away and make room for sports that will push you to your physical and mental limits. We bring you to five sports from India that will both tone your body and fire your imagination.

Let's forget for ten minutes everything that's shown on ESPN and shift our gaze to the games played in the bylanes of India. How about the sports we loved playing as children? Or even hated because our schools forced them on us?

Tentative chalk lines on tar roads, pebbles and rocks stacked over each other, makeshift balls made from cloth and rubber – we did not know then, but we were playing some badass Indian sports that were building our muscles and character. Let us revisit those games, as well as look some others, that help make up India's sporting tradition.

What it is: Derived from the Tamil words kai hand) and pidi (hold/catch), Kabbadi is a two-team sport with each team occupying one side of a field. They take turns sending a 'raider' to the other side. Points are won by tackling members of the opposing team. The raider must then return to his team, but he must hold his breath and chant the word kabaddi during the entire raiding process. If he fails to do any of these, or is tackled by the opposite team, he is declared 'out'.

Badass element: Tackling or attempting to get out of a tackle involves some hardcore wrestling. And remember – no losing your breath with the chant even when you are squashed under seven people.

International appeal: There is now a Kabbadi World Cup tournament. Pakistan, Bangladesh, Nepal, Malaysia, China, South Korea, Thailand, Iran and even Canada participate in it, apart from India, of course. 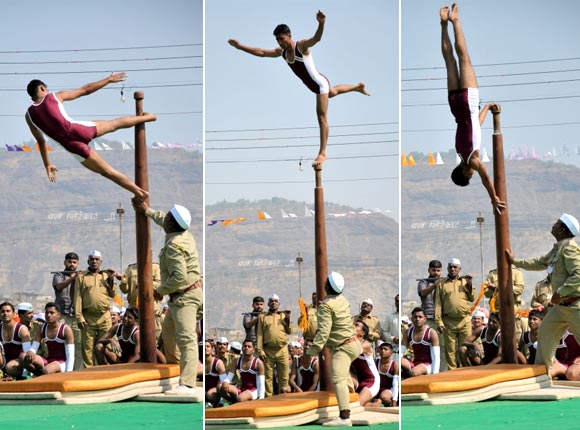 Move over, Olympics gymnastics. This will leave you in knots and perhaps even with broken bones.

What it is: Literally meaning pole gymnastics, Mallakhamb is a feat of gymnastics along and on a vertical wooden pole or a rope. Originally an exercise regime for wrestlers, it is today a sport in its own right.

Badass element: To make things clear, Mallakhamb is NOT pole dancing. It is not dancing of any sort. To be able to contort the body into the most ridiculous poses against gravity on a support that actually offers little or no support is a near miracle.

International appeal:Still confined to India, but well known in the country.

Boat racing on boats with no sides. Also, guaranteed to give you Arnold Schwarzenegger arms.

What it is: Popular in Kerala during Onam, this snake boat race (because one end of the boat is curved like a snake hood) sees nearly 30 villages competing annually, each represented by a boat. The oarsmen sing traditional songs as they row a distance of 40 km. The first boat to cross the finish line receives a trophy that was instituted by Jawaharlal Nehru.

Badass element: (A) Singing to the rhythm of the rowing (B) Doing that for 40 km (C) Sitting on a boat that you can fall off at any time because there are no side barriers. Need I say more?

International appeal: Vallam Kali draws huge crowds of tourists, both domestic and international. And although rowing is a sport world over, who else does it on snake shaped boats? 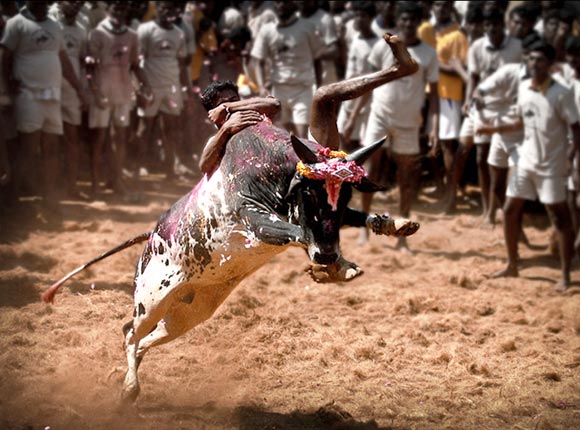 Run away from a bull? No. Wrestle or ride the bull? Both.

What it is: In Spain, they let loose a herd of bulls and the participants run away from their pernicious horns. Later, the bulls are killed. Jallikattu involves no killing (of the bulls, at least) and the participants do not run away. Instead, they chase the bulls and attempt to grab one by its hump or horns and hold on for dear life for a distance. Those who succeed win a prize.

Badass element: These bulls are aggressive and do not like being caught hold of. They are known to hook participants to their horns and throw them off course. Ouch.

International appeal: Spain does play with its bulls, but Jallikattu is unique to Tamil Nadu where it is played during the harvest festival of Pongal. 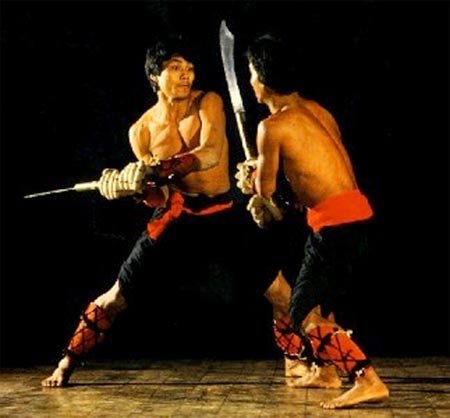 What it is: Thang ('sword') ta ('spear') is a weapon-based martial art indigenous to the Meiti people of Manipur. As the name suggest, spears and swords are chiefly used, but axes and shields also feature. The fighters don't just swing around the weapon, they also dance around with them ferociously as they fight, employing gymnastic and Ninja-like stunts.

Badass element: Keeping your eyes on a weapon is bad enough, but to watch out for your opponent's swift strokes and ever-changing position is just insane. 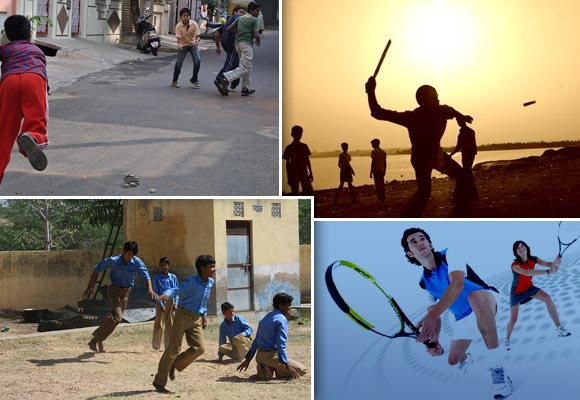 Gilli Danda: Whack a small stick (gilli) off a see-saw position and whack it again when mid-air with a bigger stick (danda). Then run off to a certain point, praying the fielder doesn't catch the gilli before you're done.

Lagori: Involves two teams and a pile of stacked stones. One team breaks the pile with a ball and then tries to reassemble it, and the second team throws balls at the first to interrupt it. A player hit is out.

Kho Kho: A game of chase where a row of nine 'catchers', seated in a horizontal line facing opposite sides, must catch the 'runners' from the opposing team. Only one catcher is active at a time and passes on the duty to another with a pat on the back and the word 'kho'.

Ball Badminton: In this variation of badminton, the shuttlecock is replaced with a woollen ball and is a team sport with not two but five players per side!