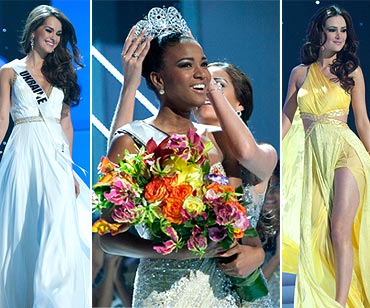 While Miss Angola Leila Lopes is making waves with her historic title win, we also bring you a look at the runners up, finalists and special award recipients at the Miss Universe 2011 pageant.

They're the most beautiful women in the world, but only a destined few could make their mark.

So when the Miss Universe 2011 pageant drew to a sparkling close in Sao Paolo, Brazil, last night, it catapulted certain contestants straight into the limelight.

But of course, the lion's share of attention goes to the grand winner Miss Angola, Leila Lopes -- the 25-year-old did her country proud by becoming its first-ever Miss Universe winner.

In the following pages, we bring you a look at all the beautiful young ladies who took top spots, as well as the rest of the finalists who made it to the top 10. 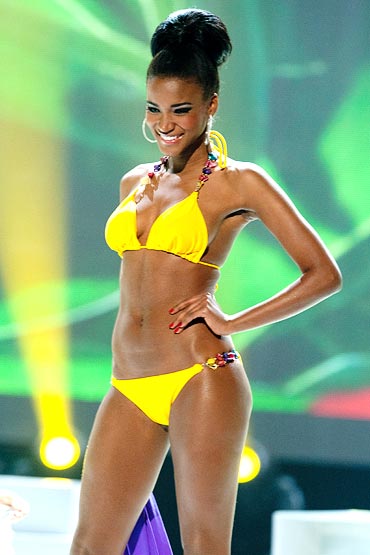 Born in Benguela, this 25-year-old statuesque beauty beat out 88 other contestants to take home the crown.

As previously mentioned, this is a special victory for Angola as it's the first time in the pageant's history that a contestant from the nation has won the title. 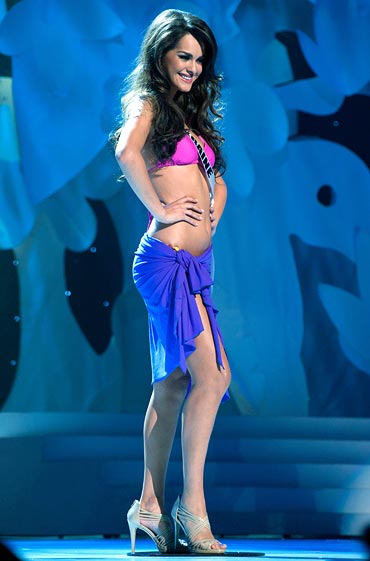 Second position went to 23-year-old Olesya Stefanko, representing the Ukraine. Unfortunately for Olesya, she's run into a spot of trouble with fans for speaking Russian instead of her native Ukrainian at the pageant and an online petition is demanding that her title be revoked.

The brunette bombshell is currently pursuing a law degree in Odessa. 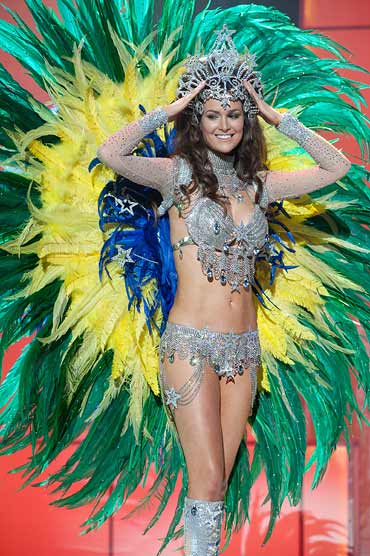 Stunning Priscila Machado did Brazil proud when she was announced second runner-up, particularly since the country hosted this year's pageant in Sao Paolo. 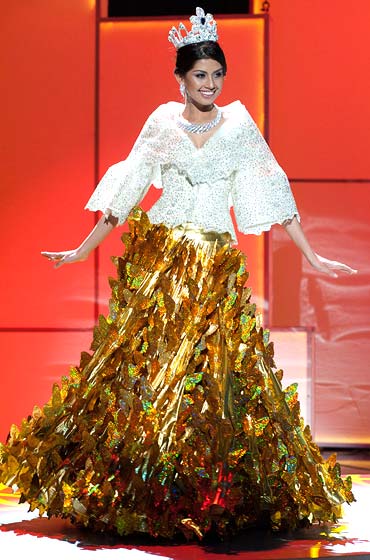 This 25-year-old Filipino is a licensed architect and actually topped the Architecture Licensure Examination in July 2010 in the Philippines. So Shamcey Supsup had bright career prospects even if she wasn't drop-dead gorgeous! 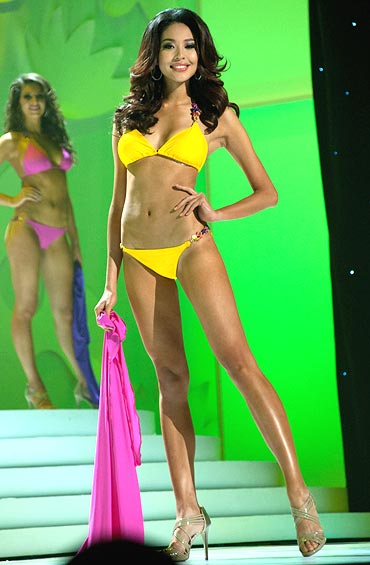 Twenty four-year-old Shanghai native Luo Zilin rounded up the top five at the Miss Universe 2011 competition. With her slender frame, peachy complexion and height of 5'11.5", it's not surprising that she's a supermodel back home! 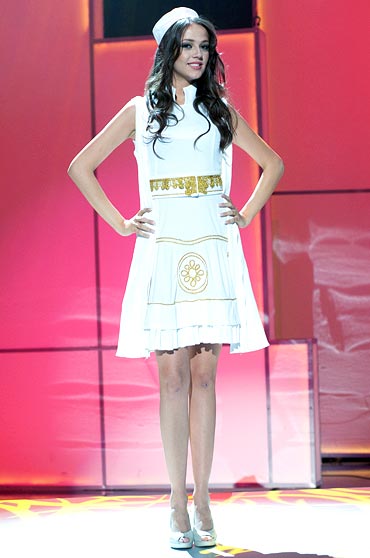 Only 18, brown-haired and brown-eyed Montenegro contestant Nikolina Loncar seemed to charm her rivals and the judges -- she was named Miss Congeniality. 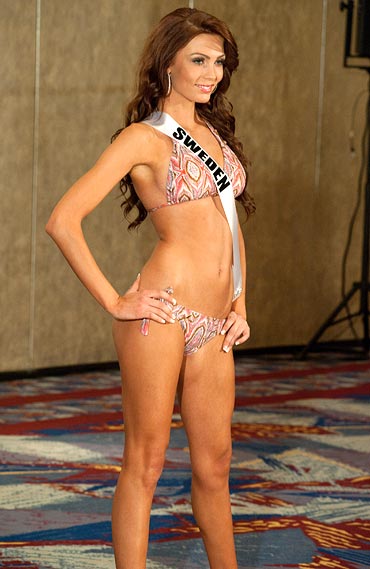 Ronnia Fornstedt took home the Miss Photogenic title, one Sweden has not won since 1995.

This Sodertalje resident is one of the nation's top models but grew up in tragic circumstances, with her father abandoning her family when she was one and her mother passing away when she was 12. Despite her background, however, she has already forged a successful career for herself at the tender age of 20. 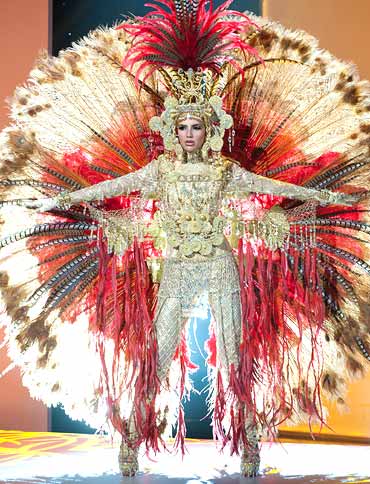 Sheldry Saez not only won Best National Costume for this beautiful outfit, she was also part of the top 10 at eliminations. At only 19, the pretty Panamanian has a promising career as a model ahead of her -- she even won a model hunt at the age of 15 back in 2007.

In the top 10: Miss Australia 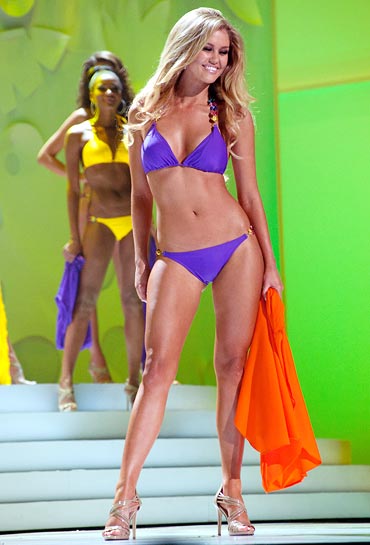 And here are the rest of the pretty young women who made it to the top 10, giving Leila stiff competition:

Blonde-haired blue-eyed Scherri-Lee Biggs was born in South Africa, but emigrated to Australia at the age of 12. A trained ballet dancer, she started modelling at 16, when she was discoved by talent scouts.

In the top 10: Miss Costa Rica 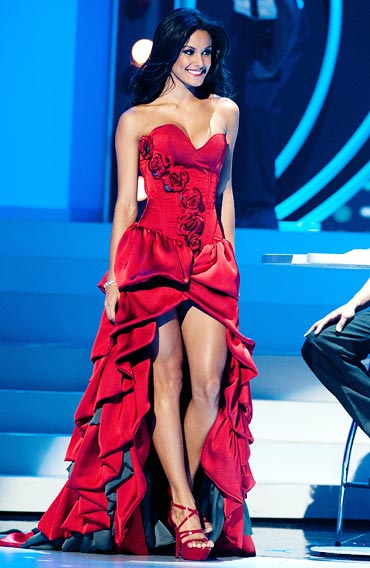 Smokin' hot 20-year-old model Johanna Solano, standing at a statuesque 5'9" and with curves to die for also got to the semi-finals. 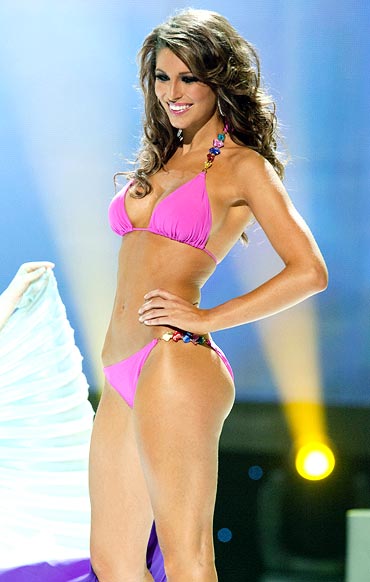 In the top 10: Miss Portugal 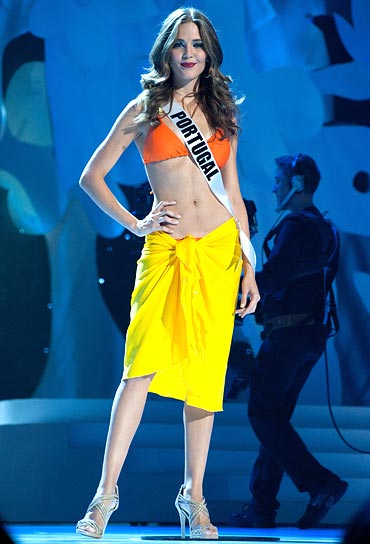 And finally, rounding off the top 10 was Portuguese model Laura Goncalves, 22, who was raised in Venezuela but is Portuguese by birth. She moved back to the country to study and pursue modelling and is a graduate from the New University of Lisbon.