How this IIM grad came to work with Dr APJ Kalam 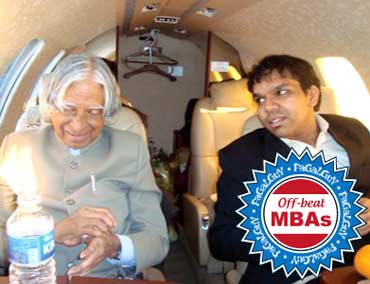 Amidst all the tension of the economic meltdown, Srijan Pal Singh took the call of letting go of an offer from a much sought-after consulting group and followed his instinct.

Looking at his situation at the Indian Institute of Management (IIM), Ahmedabad, Srijan had everything going for him -- securing an admission without any prior work experience, being elected as the general secretary of the Student Council, a summer placement with a topnotch consulting firm which converted into a pre-placement offer, a compensation package many would envy and a gold medal for being the best all-rounder student of the 2007-09 batch to boot.

But Srijan Pal Singh had something else chalked out for himself. He happened to be in the very batch that faced the wrath of the global meltdown most the number of recruiters and the offers made had reduced considerably. Amidst all the tension of securing that one job, Srijan took the call of letting go of an offer from a much sought-after consulting group and followed his instinct.

The PGP batch of 2009 was the first to interact with former President of India Dr APJ Abdul Kalam on the campus, in their classroom. It was for the course he was taking for the students of second year, the 'Globalizing Resurgent India through Innovative Transformation (GRIIT)' programme. Srijan was one of the 80-odd students who opted for the course, which was a much sought-after elective. But he was the only one who chose to stay connected with it even after he graduated from IIM Ahmedabad.

Today, over a year and a half after his graduation day, Srijan, to many's surprise, has stayed away from the corporate world and works full time at Dr Kalam's office, travelling with him, attending conferences and lectures and working on a project which he had presented as a second-year student. 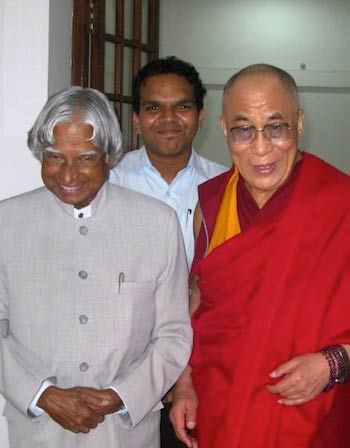 "As students Dr Kalam had asked us to work on the concept of PURA (Provision of Urban Amenities in Rural Areas) and we had to find possible solutions to achieve it.

I had presented an idea where development was looked at with an enterprise angle to it, the whole contention being that development should not be always looked upon as a liability for the government," says Srijan, an engineer from Institute of Engineering and Technology (IET), Lucknow.

"I am right now working on setting up the PURA enterprise, which would be a network that will link up various rural and small scale enterprises, support a better lifestyle in rural areas through capacity building, skill development and business generation," adds the 26 year-old.

How easy has it been making this unusual career choice and staying with it?

Srijan laughs, "If I would not have chosen to do this right now, I would have never done it.

While at IIM Ahmedabad and in the position I held there, I got numerous opportunities to meet and interact with people from the corporate world, alumni of the institute and several others.

Most of these people I met had that one big dream still unfulfilled, the dream of trying that one thing. But the opportunity cost had become so big for them now that letting go of what they had become was very difficult for them.

I was at an advantage. All I had to do was let go of my secure consulting job."

Besides being actively involved in the GRIIT course while it was on from September to November 2008, Srijan took up a post-graduate internship with Dr Kalam where he was developing his ideas.

Finally it was time for him to end his internship and take up a fulltime job, for which he had already made his employers wait.

'The greatest learning experience I could have asked for' 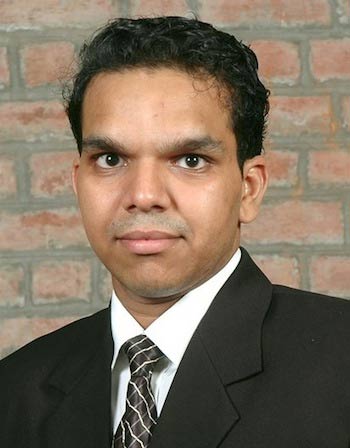 "I trained at the consulting firm for three days and knew that I just had to go back," he says.

But how did his parents react, I asked, to which Srijan said, "Of course they were apprehensive. They thought I was taking too big a risk and letting go of too much. They were not even sure what I was doing until Dr Kalam visited them at my hometown Lucknow almost a year ago. This was the same time that I resigned from the consulting firm. Since then, they have never mentioned it," Srijan adds.

How is it working with a person like Dr Kalam?

"It is the greatest learning experience I could have asked for. Where else could I have had a chance to learn about how they manage water in the rivers of USA and compare it with the floods in Bihar and Himachal Pradesh? In the same year I was learning about education, technology development, innovation and environment," Srijan says.

"The usual questions are how, when and why I decided to work with Dr Kalam and not in the corporate world. But the unusual part is that any management, engineering or graduate college that we visit, there is this 10% of the crowd who, if given the right platform, will work in the developmental sector and not necessarily the NGO sector," Srijan says.

"I think the tag of 'fit for the corporate world' given to the management graduates needs to broaden its perspective. If these people can build consulting firms, industries, investment banks and rule the world, then why not try their hand on the development sector.

I hope I can build an organised platform and go head-hunting every year for interns and final placements to colleges and give an opportunity to people who are me," he says.

So what is next on cards, I asked Srijan and he says, "To set up the model for the PURA Enterprise as soon as possible."