The entrepreneur who's creating waves in web technology 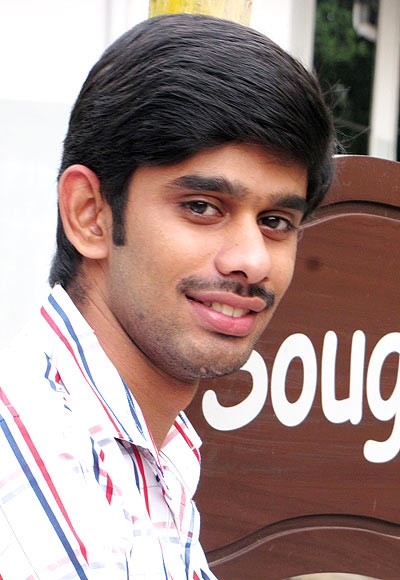 Kerala-based entrepreneur Abin Jose who founded Webandcrafts, a web solutions company while he was in college has designed over 2500 websites since its inception in 2009. By 2018, he aims to become the best hosting provider in the country and employ over 100 employees.

The firm started in Chennai in 2009, then shifted base to Thrissur, Kerala last year in May 2012.

Abin had started his entrepreneurial journey even before he could finish college.

It all began when his college authorities assigned him the responsibility of creating a website for the college.

Abin was only 19 at that time and that opportunity gave him the chance he had been waiting to prove his skills.

The website that he created for his college was widely appreciated by all and that further boosted this young man's intent to start-up on his own.

While he was still to come up with a business plan, he registered the name 'Webandcrafts' as a trial space for him.

As a youngster, he discussed his ideas to start-up with his friends, but didn't get much enthusiastic response.

Abin credits Joseph Mattappally, a social worker and director of Indian Thoughts for showing his path and believing in his dream.

Joseph motivated Abin to start-up and, finally with the help of four of his classmates, Webandcrafts took birth. "As students, the schedule proved to be very hectic for us -- as we had to manage both studies and work. We didn't have many resources at our disposal and the innumerable established web development companies were tough competition," admits Abin about the early days.

However good looking classic designs and prompt after sales service, helped Webandcrafts carve a niche for itself in the market.

Webandcrafts mainly helps hosting websites and has the distinction of being the "first hosting provider in Kerala with payment gateway," claims Abin.

Today the start-up has successfully hosted over 2,500-plus websites.

The start-up currently has a client list of over 500 clients, including Australian construction company Strong Force, Thomson and SMR, which Abin counts as their most prestigious clients.

The entrepreneur who's creating waves in web technology 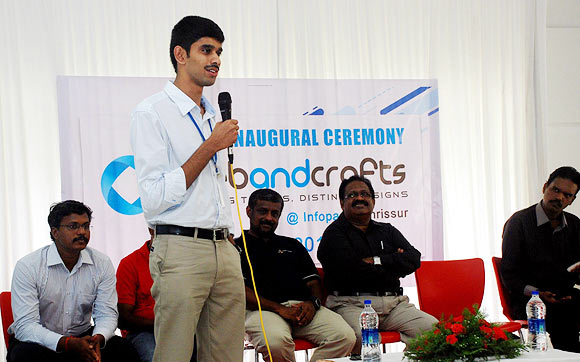 Webandcrafts today has 15 employees, who take care of different aspects of the business like designing, programming, marketing and sales, philosophy and literature.

Joseph Mattappally continues to mentor the team and they have a senior designer Clint Antony, who Abin says has played a key role in the start-up since inception in 2009.

The start-up registered a turnover of Rs 80 lakh within its first year of service and Abin says they continue growing from strength-to-strength.

"Yes the the business has not been the same since we started. There have been many odds while marketing ourselves, as people had a bad impression of hosting providers in and around Kerala, our quality and support was questioned. But our ability to service clients 24x7 and to resolve their queries in the best way possible has cemented their faith in us," says Abin.

However, Abin counts mentoring a team of youngsters as his greatest achievement.

"The bonding in the team is so intense, that it is visible through the work we deliver. The team has equipped itself to compete even with the best in the industry and the thirst to continue to acquire knowledge is the driving force, which keeps strengthening them," says Abin proudly.

The company currently is based in Thrissur, Kerala, but over the next five years Abin wants to become the best hosting provider in the country and employ over 100 employees.

"We would also love to inspire young minds and give talented people a platform to present themselves," he says.