7 lessons I learnt from Life Of Pi 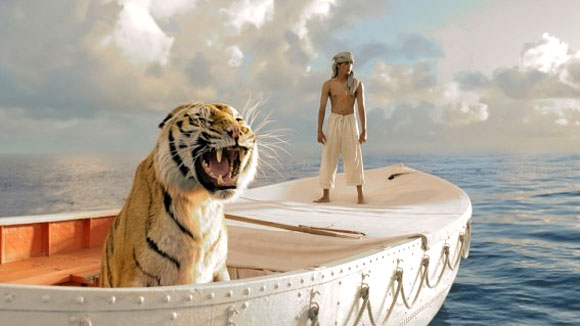 Pritam Roy, founder and CEO of Gomolo.com shares some of the lessons he learnt from Ang Lee's recent movie.

It's a story of the protagonist Pi's magical journey on a lifeboat with Richard Parker, a Royal Bengal Tiger for company and in the process discovering himself, faith and God.

A captivating story with many dimensions and visually stunning, the movie leaves you engrossed till the end and has also got high ratings from both the critics and audience.

There are also some great lessons in life and business, that one can learn from Life Of Pi.

1. If you believe in everything, you'll end up not believing in anything at all 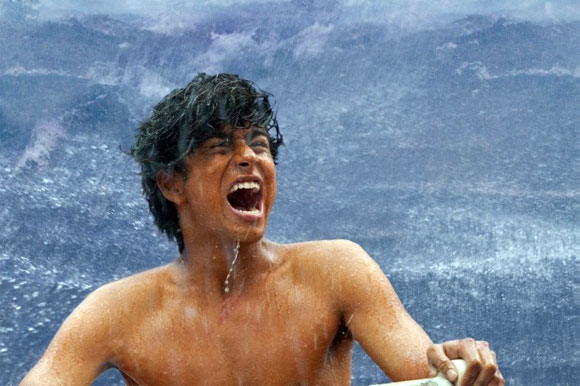 In the film, Pi's father Santosh Patel told this to Pi at the dining table, when he was getting inquisitive about different religions and wanted to follow all of them at the same time.

His words hold true, not only for religion, but are also valid for our daily life and business.

It's difficult to follow different paths at the same time, as many of them are conflicting in nature and often create confusion and make it difficult to stay focused and at times, lead to wastage of crucial resources.

As an entrepreneur, it's also important to choose your mentors, guides wisely.

Listening to all sorts of advice will harm your chances and cause delay in reaching your end goal. As with faith and advisors in life, entrepreneurs must be careful in choosing their business model and target group.

In early days, when an entrepreneur is trying to establish his business, it's important to prioritise and decide on whether you're targeting SME's or Large Enterprises or you're operating in B2B or B2C segment for the matter. 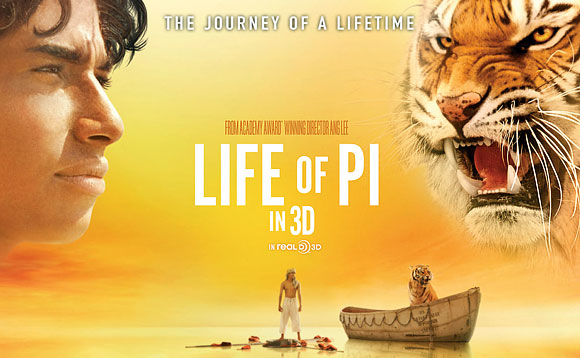 Pi Patel was born with the name Piscina Molitor Patel, given by his uncle after a swimming pool in France.

This name obviously caused him lot of anguish as everyone started making fun of his name at school and outside. Pi had to work hard on a rebranding exercise.

He realised early, that his name can cause him more pain, going ahead in life.

At first, he tried to work on individuals, and later started addressing groups about his name being derived from the Greek letter Pi which is ratio of a circle's circumference by diameter. But, it didn't work well for him.

So, he decided to remember the value of Pi expressed in several hundred decimal places to drive home the point.

Associating a story with the name made it work even better for him. So, if you have to work on creating a new brand name of changing your existing brand name for that matter, work on telling a good story which captures the imagination of the audience.

The story makes the brand name stick. And, as Pi Patel learnt it the hard way, rebranding can be a difficult and often expensive exercise.

So, if you inherit an unimaginative or not so great brand name, starting rebranding exercise early as Pi did really helps.

Come to think of it, if the book or movie title was Life Of Piscine Molitor, it may not have worked that well.

Choosing a good brand name could be your first step towards creating a successful brand.

3. Having a plan is essential, not optional 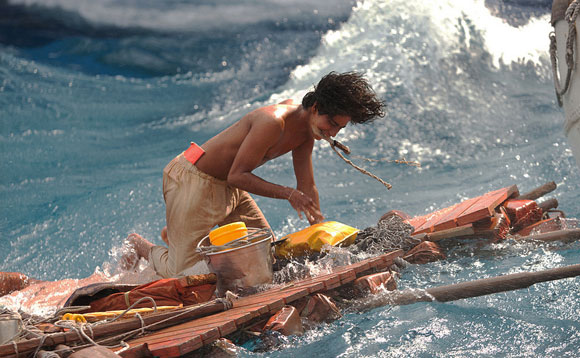 When Pi was thrown into the sea on the lifeboat with limited stock of resources after his ship capsized, he had to make a plan to survive the uncertain and indeterminate period in the harsh seas.

Fortunately, he found a handbook to help him plan for the time on the lifeboat.

If you're an entrepreneur, think of the handbook as your business plan. It's important to keep it handy and work according to the plan and of course, keep referring to it, when you're in doubt and monitor progress as you go along.

Probably, the most important resource for an entrepreneur is money and in the beginning, when income is low and uncertain, an entrepreneur needs to make sure, the money (resources) lasts till revenues kick in or next round of funding (help) comes in the choppy waters of entrepreneurial journey.

In life also, continuous planning for different stages of your life, and not only during the difficult days, when resources are low, will help you live a good life.

4. Don't put all your eggs in one basket 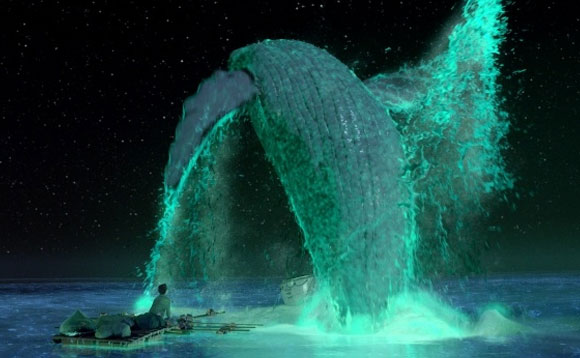 When Pi found Richard Parker on the life boat, he got scared and threw all the supplies in the lifeboat to a makeshift raft and tied it to the life boat and decided to shift to the raft.

At that moment, it looked like the wise thing to do, without taking into consideration greater dangers, still unknown to him.

When the breaching whale appeared at night and upturned Pi's raft throwing all his supplies to the water, Pi realised, living with Mr Parker on the boat may be a better option.

While starting up, resources are typically scarce and it's important to guard them and stop leakages or losses.

It's good to have one secure base and address the market. Entering unknown and uncharted territories without adequate research and throwing resources at the market and not protecting your own backyard could be a deadly mistake, few start-ups can afford.

Also, if you have limited resources and there are multiple products, fighting for the same resource, it's better to spread your resources across groups to reduce dependency on one product to succeed, which is a low probability in a highly uncertain start-up environment.

In life, whether you're investing for a secure and a better future, it's good to spread your resources across various available options.

For career improvements, consider skill enhancement and be aware of the job market realities and don't just tie yourself to your current company, to stay relevant in the long run. 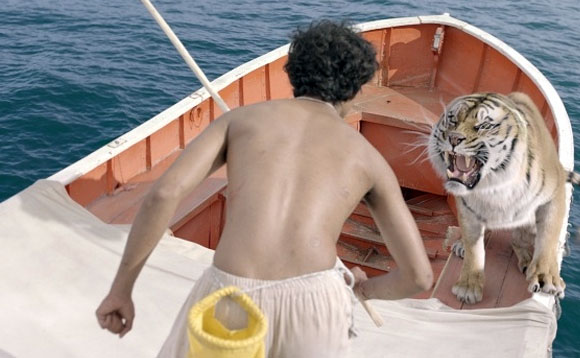 After the whale incident, Pi had to reconcile to the fact that he has to live with Mr Parker on the lifeboat, an idea, which he had been resisting so far.

As a first step, he decided to start communicating with Mr Parker and also set out marking their territories and setting some rules.

Having Mr Parker on board also kept him alert at all times. When Mr Parker jumped in the waters of Pacific Ocean, looking for fish, Pi helped him to get on board and slowly, he started developing a bond with him.

Mr Parker is both a co-founder and a competitor for Pi in his entrepreneurial journey. An entrepreneur needs to co-exist with both.

With co-founders, it's important to communicate clearly, define roles and responsibilities and ensure that you don't encroach upon each other's spaces.

An entrepreneur needs to learn to co-exist with competition in the market.

Competition keeps him alert and on his toes. And it's important to keep the competition healthy and not indulge in unethical, dirty tactics in the market.

This may even mean, occasionally helping a competitor, while fiercely protecting your market share, if it helps the overall market grow. 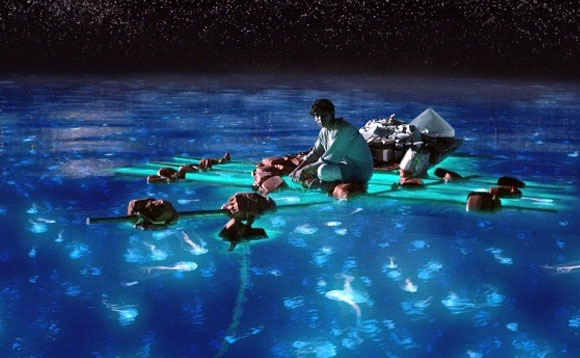 When Pi reached the mysterious floating island of carnivorous algae inhabited by meerkats, it seemed like, he has reached an oasis of life with bountiful food, water and shelter.

But, it probably symbolises the idea of settling for something average when there could be something much better in store.

Covering the last mile is often the most difficult part of the journey, especially when your body and mind wants to give up.

Also, it could potentially be a dangerous compromise fraught with dangers, just like living in the island which turns carnivorous at night.

In life and business, it's important to keep moving and not get complacent with interim success, related to reaching some milestones.

It's important to keep an eye on the final destination.

Pi kept looking for signs like observing the meerkats running for high ground or finding the tooth inside the flower.

An entrepreneur also, has to keep his ears close to the ground and constantly keep evolving and updating his product by launching new versions or even launching new products to address new gaps in the market.

Sometimes, it may also mean, changing the business model or exiting the market, if the market dynamics necessitate such an action. 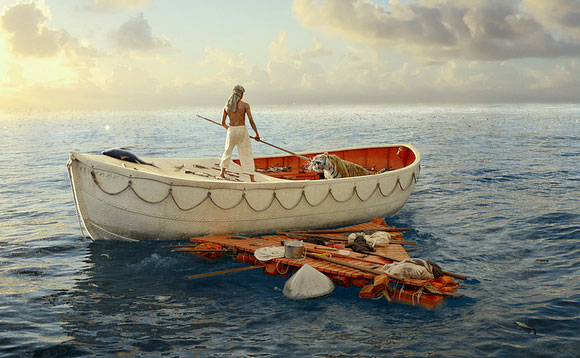 Life Of Pi is a story of perseverance and a story of not giving up, even in the harshest of conditions.

Pi didn't give up hope and he kept moving. Whether it's the black sea or the dark clouds or the ominous waves or the hungry predator as company, Pi never gave up hope of survival.

Similarly, for an entrepreneur, it's important to remember, that the darkest days are not going to last. It's important, not to give up on your dreams and give up on life.

So, the days, when you are down and in state of despair and almost on the verge of giving up, you must remember, that this stage like everything else in life is only temporary and this too shall pass.

There are times, when it may seem like you have tried everything possible within your means and there is only a little more that you can do.

In those hours, it's important to remember, that there is someone watching out for you and you're not here without a reason.

There will always be some opportunities like the flying fish for food or rains for drinking water or the floating island for a bit of rest and respite, which will sustain you, till you reach the shores of success, provided you don't give up.