Indian Universities: Who's the next Harvard in waiting? 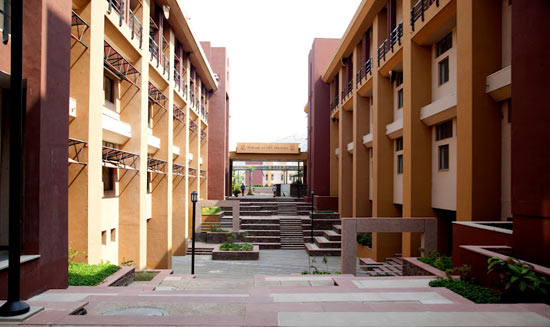 A perceptible shift is seen in the way the young breed of edupreneurs look at the universities they have inherited. Is it for the better?

Close your eyes and think of great universities of the world.

Harvard, Cambridge, Yale, Stanford, MIT, UC, LSE are some of the names that will immediately come to your mind.

And all of them are in the private sector.

Now close your eyes and think about great universities in India.

All of them are in the public sector.

Quiz Dr Venkat Rangan, VC of Amrita Vishwa Vidyapeetham on this dichotomy, pat comes the reply: "Think about India 25 years back. The top 10 companies were in the public sector. Think about 2012 and seven out of ten are in the private sector".

Will the story repeat in the education domain?

The numbers as on date are fuzzy.

While some private players like Amity, Amrita and Jamia Hamdard have been front runners, their publication record leaves a lot to be desired.

So what would it take the private institutions to crack the code?

Can great universities be made on purpose? 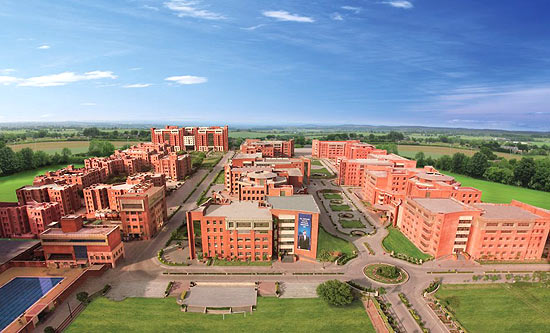 World over great universities have evolved over time, may be centuries with periods of peaks and troughs.

The old grandees like the Oxford and Cambridge have nearly eight to ten centuries behind them.

Even new kids like the Stanford and MIT are a century and half young.

However, examples of ab initio, like the Hong Kong University of Science & Technology comes to mind immediately.

Set up in 1991 with substantial funding, the university raced to excellence within a short period of ten years.

The National University of Singapore and TSinghua are other names, though both are of older vintage.

"India needs at least 10 such universities in the coming decades and they can be created at 1/3rd of the global cost," he asserts.

Concurs Prof. Venkat Rangan, "I would argue that India needs about 20 such universities to be set up across the country and they can be set up at a cost of say 20,000 crore rupees."

It is eminently doable, he says. The question is will the new breed of private universities, that have the critical mass, make the transition?

What it takes to be a good university? 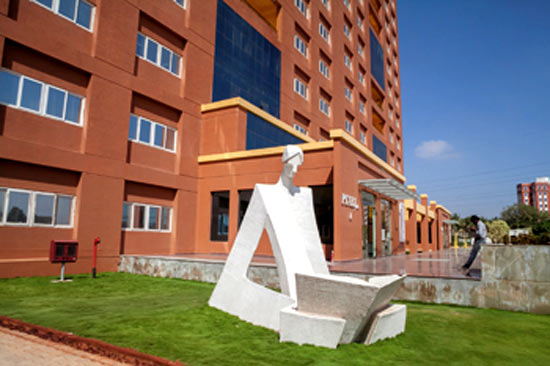 A high concentration of talented academics and students, significant budgets and strategic vision and leadership, is what is needed according to Jamil Salmi, who wrote the report on world class universities, published recently by the World Bank.

Every vice chancellor we spoke to was unanimous on this count. And most of them agreed the best still go to public universities. But none of them are giving up.

Atul Chauhan has a Scout Programme wherein a team is in place to scout young faculty members, who have completed their PhDs abroad.

He is cagey about the numbers achieved though. Manipal University follows a different route.

They have announced 20 chair professorships wherein exceptionally good professors are brought in and given a free hand to set up their research programmes and raise the academic profile of the university.

Dr Ranjan Pai, CEO, Manipal Group, cites the recruitment of Dr Sundar Sarukkai, a renowned academician to initiate and develop the humanities programme of MAHE. Cost definitely is a factor. But quite a few players blame the ecosystem as well.

Flush with funds, the institution recruits exceptionally qualified young academics. It is one of the few universities in the private sector where the entire academic team has tertiary qualifications, that too from top universities. Their goal too is lofty.

Anurag Behar, the vice chancellor of APU says, "The University comes as a national resource, to address the country's problem of having singular lack of experts in school education."

At the NIIT University, the single biggest challenge has been to maintain quality.

"Our endeavour is to continue attracting outstanding faculty members (both regular and visiting) from all over the globe," asserts Dr Rajiv Shorey, founding president and advisor NIIT, another private university.

Dr Nikhil Sinha, vice chancellor, Shiv Nadar University is clear about it. He is investing in young faculty members and is willing to wait until they grow up and produce results.

Yes, the associate professor level positions are the most challenging to him.

This is the second big challenge.

"Each year at Manipal we want to see if the average quality of our intake is better than last year's," asserts Dr Pai.

If we take their advertisements at face value, about 350 students out of 35,000 would be top scorers in their school board. But this is not enough to create a critical mass.

VIT University, Vellore has an Ignite Scholarship. But Sekar Vishwanathan, Vice President, VIT cautions, "We once announced a rural outreach programme where we offered 100 per cent fee waiver to each student who topped the 10+2 exams in all districts of Tamil Nadu. When called for counselling few turned up. Later we found that half of them did not even have money to travel to Vellore to avail of the scholarship."

All of them are commendable initiatives, but considering the fact that most of the private universities charge fees which is four to 22 times higher than corresponding public sector player, the costs really are prohibitive. So, good students would always prefer to go to a highly subsidised public sector university.

A foreign language BA programme at Amity would cost about Rs 1 lakh per annum excluding other costs while a student at School of Languages, JNU, New Delhi would study at just Rs 240 per annum.

Unless private universities find a way to subsidise education, unless the government moves out of its Brahmanic mindset of not touching private players, the scenario might not change. And that takes us to funding.

Budget issues: Where will the funds come from? 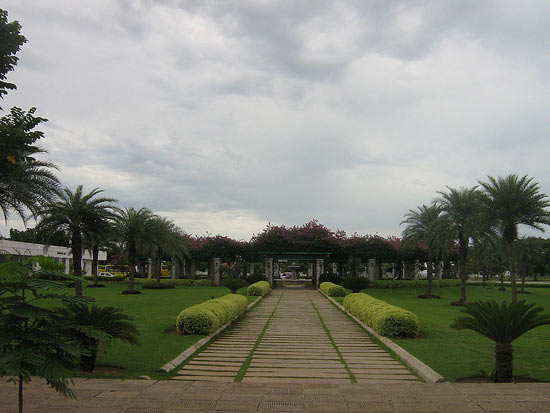 As on date, the only university that appears to be able to breach the barrier is Azim Premji University.

With its parent foundation sitting with an endowment in excess of USD 4 billion, it is the only institution comparable to the best in the West in terms of resource availability.

Barring APU, NIIT, and Shiv Nadar Univeristy, which are backed by big corporates, most of the other top tier private universities are primarily educational empires.

And they bank on student tuitions to fund themselves to a large extent. Both Atul Chauhan as well as Dr Pai are candid in admitting this and also acknowledging that this has to change.

Two sources are cited by them. Competitive state funding is one source and endowments are another.

If  both the centre and state governments create a transparent mechanism for research funding, and open it to public and private then the dependency on student fee will come down. Industry funding is another source, all agree, which needs to be tapped much more.

All of them cite partnerships with industry  as a sign of bigger  things to come. Some of them do get funds from DST, DAE etc. But what they lament is the absence of a system.

Almost all private university players we spoke to agreed on the need for alumni endowments.

Atul Chauhan made an interesting observation about the role of sports which is creating an intra-university bonding and pride when it comes to other competitors.

A la the famous quote in Da Vinci Code "In which year did a Harvard sculler last outrow an Oxfordman at Henley?"

The fierce pride that competitive sports generates in a US university and the everlasting bonds it creates with the alma mater goes a long way when it comes to alumni funding.

Sunil Bharti Mittal, another educationist, has a different take on the same. He contented, most rich Indians in the last generation had seen acute poverty and shortage.

The young entrepreneurs of the current generation have seen none. So, as the sense of contentment rises so does the propensity to give back.

But either way it must rise, so that the universities are able to reach a level wherein, as Dr Philip Altbach says, the tuitions account for no more than 40 per cent of the operating budget of a university. 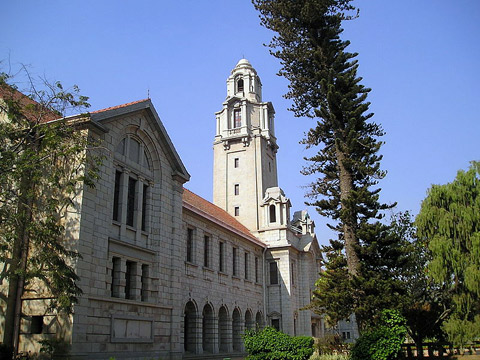 Vision is something none of the private players lack.

One president did challenge this writer and commented that his faculty would be able to publish much more than IISc Bangalore in the coming decade. Some are slightly more modest.

Dr Pai, conceded that it is a long drawn battle and victories are slow to come by.

"We have the dual challenge of development and expansion," he said. But across the board the desire to be known as an excellent school does exist. The route, of course, is as different as chalk and cheese.

A major bone of contention is the ideal balance between trustees and academic officers.

The opinions are thick and fast and very strongly worded. One president mockingly said, "Unlike him (a competitors name), I don't have a dummy piece as my Vice Chancellor."

But like the old debate about owners and managers in business, the right path is quite grey and (maybe) yet to be identified.

The US model, at least in the last century privileged academic independence. The benevolent founder gave the money and barring an occasional admission for a relative, left the field clear for a group of academics to run the university with a free hand.

The Indian model right now is at another extreme.

Many private universities are led by very strong founders.

In fact, the UGC norms for deemed and private universities explicitly caution about founders taking on academic titles like that of pro chancellors and chancellors.

However, theoretically any individual could join politics, become the Governor of a state and be legally anointed as Chancellor. The UGC will keep mum.

And one president was very candid. "We put in our hard earned money. I need to be able to give the university the shape I have envisaged. As long as the academic processes are safe, there would be little to argue against such a sentiment."

The World Bank has a ready made answer -- Governance.

Governance is the word! 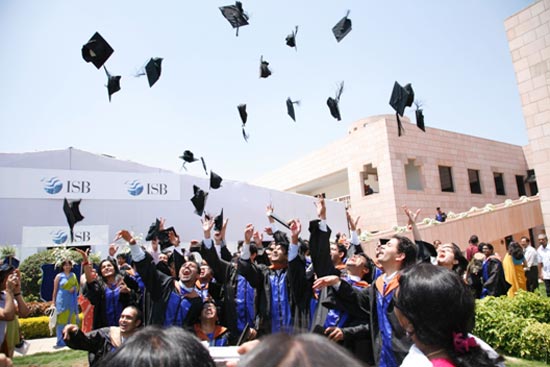 A new thinking that privileges output, that makes admissions uniform, need-blind and easy is not only important but essential.

A system that rewards quality and promotes excellence is a must.

A system that values the contribution of good players and punishes the bad apples severely, is essential.

A system that moves beyond territorial boundaries and treat India as one unit is a must.

If all that happens (that's our wish), at least some of these private universities would definitely grow up to be great institutions in the coming decade.

They need to do it. Indian School of Business, Hyderabad has shown the way partially.

Set up with a visionary board, good academics, global outlook and, of course, significant budgets, it has emerged as a top b-school.

We need to repeat that in the university realm.

We can only wish to paraphrase the words of Guru Dev: "Into that heaven of freedom, my Father, let my country awake"