Join the Armed Forces: Do you have it in YOU? 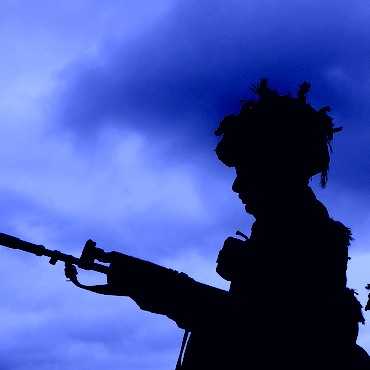 The 'obey first culture' of the armed forces can be slightly stifling but for those who brave the odds, the uniformed life still remains an attractive option.

This sentiment from an inscription at the Indian Military Academy (IMA), Dehradun can easily apply to all of India's elite forces -- the Army, Navy and Air Force.

But living this credo demands training, hard work and discipline.

Every year cadets are selected through a rigorous selection process conducted by the UPSC.

But first one must decide, which force interests you, and testing and selection will happen accordingly and shortlisted candidates will proceed to the National Defence Academy (NDA) in Khadakvasla, Pune, for their training spanning three years. 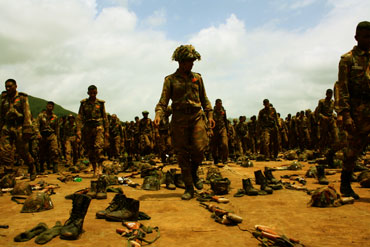 The selection process for the NDA kicks off with a written exam, which tests you in Mathematics and General Ability.

Those shortlisted must appear for an interview by the Service Selection Board to assess a candidate's officer potentialities i.e, Intelligence and personality test, and a medical exam by the Service Medical Board.

The intake happens twice a year, and sadly women are not accepted. Only unmarried male cadets in the age group of  16-19 years are eligible to join.

NDA training culminates in a BA (Social Science), BSc or BSc (Computer Science), from Jawaharlal Nehru University. There is a major emphasis on physical fitness as well as endurance training.

The NDA website states: "Programmes are implemented in a phased and progressive manner with scientific techniques".

The training for Army, Navy and Air Force defers slightly. Being adept at water sports such as yachting, kayaking, windsurfing, rowing, water-skiing and ship modelling is a part of navy training. But it's not all about academics and physical training.

Character building, esprit-de-corps, mental and physical robustness, leadership and a sense of keen observation, are part and parcel of the training. And it instils a sense of pride about the service in the minds of the men.

Some might find the strict code of conduct stifling 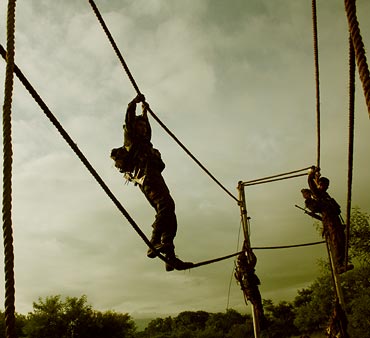 But it is all not a bed of roses.

The life in forward stations could be quite tough.

And some might find the strict code of conduct, especially the 'obey first culture' of the armed forces slightly stifling. But for those who brave the odds, the uniformed life still remains an attractive option.

Cadets receive a stipend during training and several perks once they make it into the Forces.

Careers in the Defence Forces is lucrative. While the stipend of an Officer Cadet now is Rs 21,000, up from Rs 8,000 before the Sixth Pay Commission, the basic salary of Officers for each of the wings has gone up by 40 percent.

The downside may be that one is constantly on the move and of course, one's fate in combat is never certain. "Armed forces is a way of life and a career," shares Colonel SK Chabra, who now trains cadets for the forces.

He adds, "Having also spent about a decade in Civvies streets, I can authoritatively say that life in Armed Forces is much better, wherein it's a happy mix of indoor and outdoor activities".

The Combined Defence Services Exam (CDSE) is the first step towards life as an officer with the Indian Army.