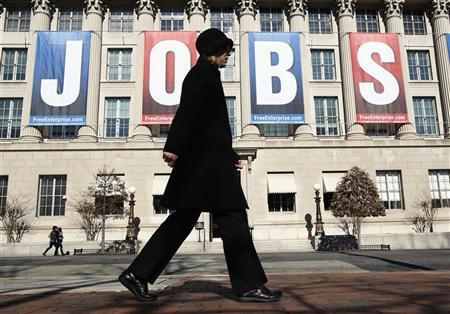 Of the 10 lakh jobs that will be available in 2013, manufacturing and healthcare dominate the list of hiring sectors, while those looking for a job in the IT and IT enabled services may find it relatively harder, revealed hiring experts.

Earlier this month, we brought you the GMAC survey results that promised better prospects for MBA graduates in the New Year.

But what about those who do not have a management degree? Will the economic downturn affect campus placements and hiring in 2013?

According to a report by TeamLease Services, a leading placement agency, the economic slowdown will continue to affect hiring in the banking, financial services, information technology enabled services and automobiles.

Meanwhile, sectors like the FMCG, retail and healthcare will see an optimistic trend since January 2013.

Furthermore, a survey by global recruitment service provider MyHiringClub.com has revealed that 2013 will produce 10 lakh (one million) new jobs across 12 sectors.

We were curious to know what jobs these sectors will be offering and what does it mean to you as a job seeker?

To understand this better, we spoke to hiring experts who explained how the following sectors will demand better jobs in the forthcoming year and why you must invest in them. Read on 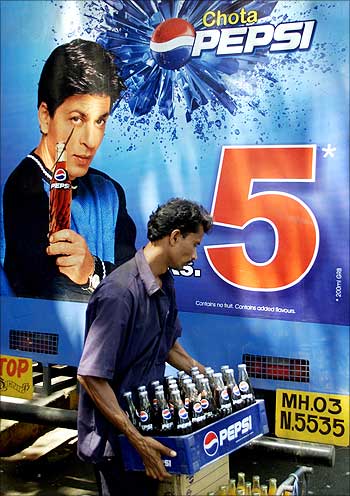 According to MyHiringClub's recently released survey, which was conducted in over 4,450 firms across 12 industry sectors, FMCG has emerged as the top hiring sector and is expected to generate 1.76 lakh new jobs in the New Year.

"Due to government schemes in rural India, there is an improvement in the purchasing power which is leading to a significant growth in this sector."

The FMCG sector is growing at 15-16 per cent year-on-year and hence contributing to the improvement in the hiring outlook, he stated.

"Corporates are seeing a new market in online shoppers and are hiring professionals to capitalise on this emerging trend. With competitive pricing, and the fast moving nature of products in this sector, the demand for jobs in this sector will advance in the next few months," he reasons. 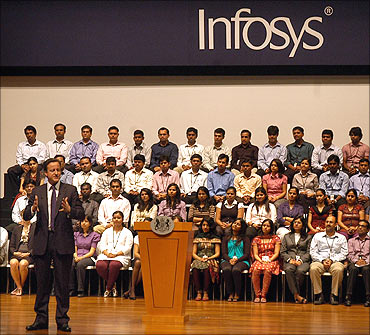 There was a time when one out of two graduates wanted to pursue a career in information technology.

But that was when India was a budding outsourcing location -- cheap labour and low operation costs being the advantages.

Today, with the outsourcing business moving back to the US and the UK, the IT industry is beginning to lose its sheen says Deepak Kaistha, CEO, Planman HR, Delhi.

Joseph Devasia agrees. "IT at the moment seems to be unsure of increased hiring; however the sector will need to keep pace with 2012 hiring," he added.

In its report submitted in October 2012, Nasscom had announced that the IT-BPO industry will see a growth of 11-14 per cent in 2013, against the 16 per cent seen last year.

IT major Infosys, which otherwise endorses campus hiring revealed that it will be hiring only 6,000 engineering students this year, a sharp drop from its hiring figure of 19,000 last year.

Before you begin to lose heart, here's the silver lining: MyHiringClub survey predicts the IT and ITeS sectors to generate 1.69 lakh jobs in 2013. 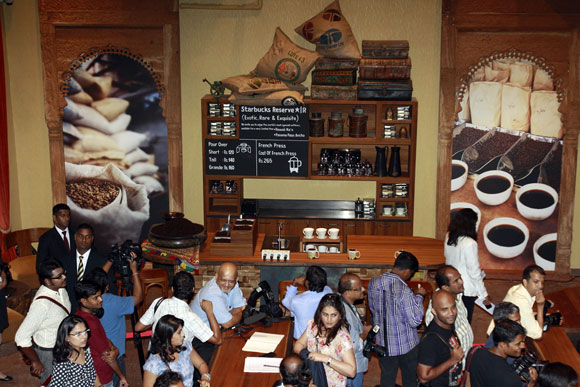 The new foreign direct investment policy may or may not threaten to rob the livelihood of your local baniya, but it will definitely open up avenues for you.

"International giants like Walmart and Starbucks have already been vocal about their operation and expansion plans and the New Year will see more international brands either collaborating or starting their own retail chains in India," Nair feels.

"India has emerged as the fifth most favourable destination for international retailers. The government recently passed FDI up to 51 per cent in multi-brand retailing. This policy initiative is expected to add to the growth of the sector with such key policies starting next year. India's retail sector is expected to grow to about US$ 900 billion by 2014," Joseph Devasia says.

If the hiring projection reports by TeamLease services are to be believed, the retail sector is expected to see a trend of about 20 to 25 per cent the forthcoming year, while MyHiringClub.com estimates the sector to produce over one lakh jobs.

"The new retail chains will demand a committed workforce -- essentially a blend of fresh graduates and professionals with work experience. Major hiring will be in the tier two and three cities," Kaistha informs. 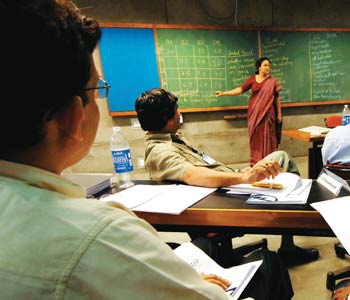 The last five years has seen a rising demand for higher education.

Kaistha says, "With the number of universities, technical education institutions, and colleges available in the country, the employment opportunities are plenty in the education sector. It has been predicted that with the increase in investment and ample opportunities, Indian higher education sector will surge at around 15 per cent by 2013."

The upsurge is credited to the rise of new engineering and management schools in the tier 2 and 3 cities.

Needless to say, there is a proportional rise in the demand of expert faculty with professional experience who will train students in management and functional skills.

However, unlike in the past, where academicians with teaching experience ran the show, 2013 see a high demand for PhDs and international research graduates with industry-relevant experience for teaching and mentorship roles he adds.

According to MyHiringClub's survey, there will be 84,200 jobs for those seeking education, training and consultancy profiles in 2013. 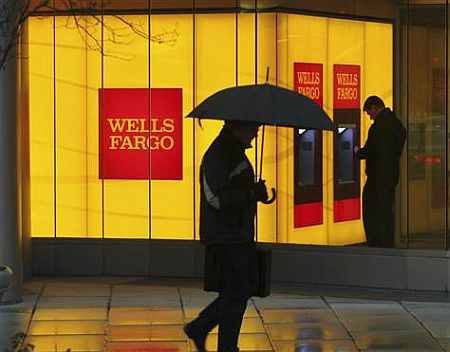 If you are looking for a banking job however, 2013 may not be the best time.

"Hiring may not be aggressive as banks will focus on increasing investment from its customers, which unfortunately, has been relatively stagnant since August 2012," Planmann HR's Kaistha feels.

With the global economy fluctuating so frequently, customers are apparently wary about where they want to put their money in, which is building up the pressure.

"The Reserve Bank of India's credit policies will also affect the banking industry and one will have to wait and watch how it affects consumer behaviour in the forthcoming months," he says.

Just to remind you, in September this year, leading British bank Barclays had announced its plans to shut operations in three of its branches in India and slash 600 jobs by March 2013.

In stark contrast comes the MyHiringClub.com survey which expects the banking and financial services to generate about 72,900 jobs in the New Year.

Public sector banks will also be employing new recruits for clerical and Probationary Officer jobs through the IBPS Bank exam held nationally. Over 1.5 lakh students registered for the exam for 50,000 clerical jobs which will be available in 2013.

According to Kaistha, those aspiring for a career in private banking services, sales, business analytics, investment banking, marketing and operations will be the best profiles to lay your bet on.

Caution: Don't be surprised if your targets are multiplied and you are asked to deliver more than what you signed up for. 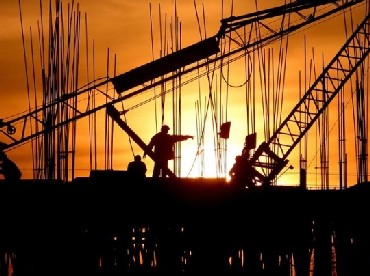 India's growth story is very much real and happening.

In spite of the fact that power-driven sectors have been hit, most other manufacturing sectors have seen considerable growth in the last quarter and will continue to do so in the following year as well, Kaistha points out.

MyHiringClub.com's survey mentions that manufacturing and engineering would hire 63,200 new employees in 2013.

Interestingly, India's real estate business has facilitated the rise of cement and steel companies in the last one decade.

The first quarter of 2012 saw a record growth of 10.9 per cent in the construction sector alone, a trend which is expected to repeat the following year as well.

"Sectors like steel and cement in particular will be expanding their operations to meet the market demands and hence require qualified individuals at senior level positions with experience in marketing, operations and management skills," Kaistha says. 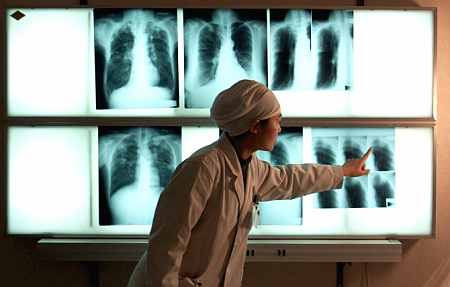 The Indian healthcare industry is expected to reach US$ 79 billion in 2012 and US$ 280 billion by 2020, observed Devasia who foresees an increasing demand for specialised and quality healthcare facilities in the next few years.

Offering his perspective, Nair traced the landmarks that have proved advantageous to the growth of this sector.

"The pharma industry has been neglected for quite some time, but with the breakthrough in drug technologies, growing lifestyle related health issues and penetration of health insurance, 2013 will seek professionals who have medical expertise and knowledge of drugs and technology."

Nair further added that those with multi-speciality and managerial skills will have an upper hand. 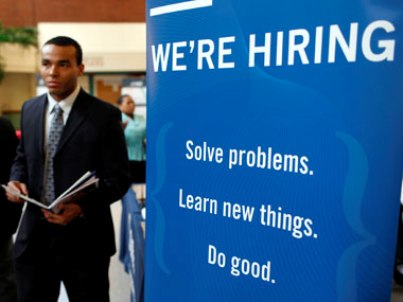 Overall, the New Year will see relatively optimistic hiring at the senior level with sales, programming, operations, quality control, research and analysis being the core competency areas that will generate employment.