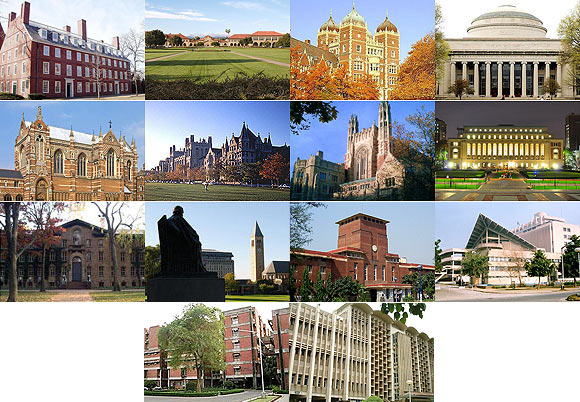 While India missed a place in the top 200 list of both the QS World University Rankings and the Times Higher Education rankings for the year 2012, 4 universities have made it to the YouthInc Global Business School Rankings 2013.

The results of the Youth Incorporated and Rediff.com Global University Rankings for 2013 are out.

The annual ranking compares the best universities around the world and lists the top 100 in order of their overall rank.

The ranking was compiled over a period of months after contacting over 1,100 institutes from 30 countries.

Inputs from members of the institutes as well as current students were used to compile the data.

The survey also contacted over 6,500 recruiters, who are known to favour students who have graduated from these universities, to ask for their opinion on the quality churned out by these institutes.

The ranking not only compares the top universities with their counterparts around the world, it also compares the position of the institute with its previous rank in the similar survey conducted in 2011-2012.

The survey indicates that while there has been significant movement in the list, the most reputed institutes such as Harvard University and Stanford University still retain their rank in the first and second positions respectively.

In fact, nine of the top ten positions have been occupied by US universities, which reflects their superiority in education over the rest of the world.

The survey also indicates that educational standards in Asian countries are on the rise with a total of 17 Asian institutes ranked within the top 100.

Particularly, China has more institutes on the list than any other Asian country with five Chinese institutes present in the ranking.

On the other hand, there is hope for Indian universities since four Indian institutes have made it to the list.

This reflects a positive effect from the educational reforms to have been implemented in the last few years in the country.

However, the lack of institutes apart from the IITs does raise a question of why other institutes in the country haven't managed to fare better while the country prepares itself to break within the ranks of the top economic superpowers of the world.

Please click NEXT to find out the top 100 global universities for the year 2013. Before that take a look at India's top four... 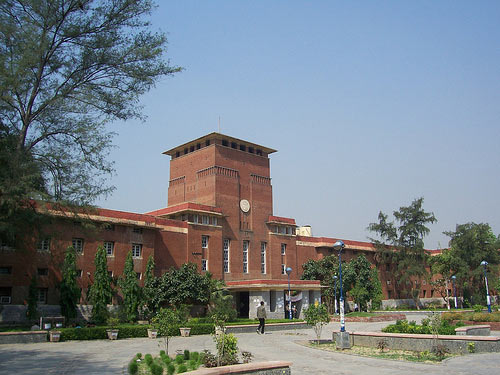 India's very own Delhi University makes it to the top 100 list of global universities this year.

Started in 1922, the public university today has 16 faculties managing 86 academic departments and is spread across 77 colleges and 5 other recognised institutes in the city. 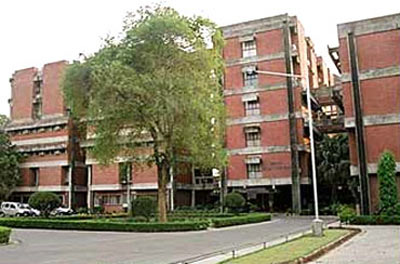 For the first time, Kanpur's engineering institute also makes it to the top 100.

Located in Uttar Pradesh, it was established in 1959 and is one of the country's first IITs.

Although it started with 100 students and a limited faculty, today the institute caters to about 2,800 undergraduate and 2,500 post-graduate students. 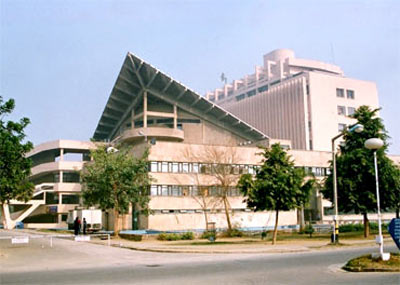 The Indian Institute of Technology Delhi is ranked at Number 27.

Established on August 21, 1961 as the College of Engineering and Technology, New Delhi, it was upgraded to the Indian Institute of Technology in 1963.

Currently, the institute has 13 departments and 11 multi-disciplinary centres of research activity, which offer around 700 courses every semester, including undergraduate and post-graduate programmes. 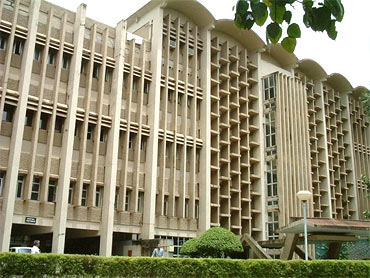 Taking mighty steps forward from its 31st position last year, the Indian Institute of Technology, Mumbai finds its niche at Number 19 this year.

Founded in 1958, it was the first IIT to be set up with funds from the UNESCO.

Currently, the institute has 14 academic departments that offer doctoral degrees in science, technology, engineering and mathematics.

In the last five decades, over 39,000 students have graduated from this institute. 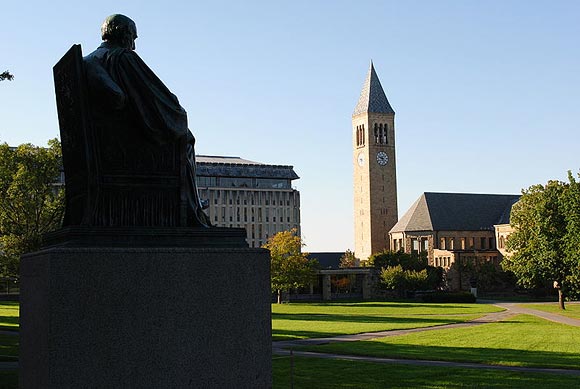 Rounding off the top 10 is New York's Cornell University.

Incepted in 1865, the private Ivy League research institute is known to have many firsts to its credit.

It claims to have awarded the world's first degree in journalism, the country's first university degree in veterinary medicine, besides the first doctorates in electrical and industrial engineering among other achievements. 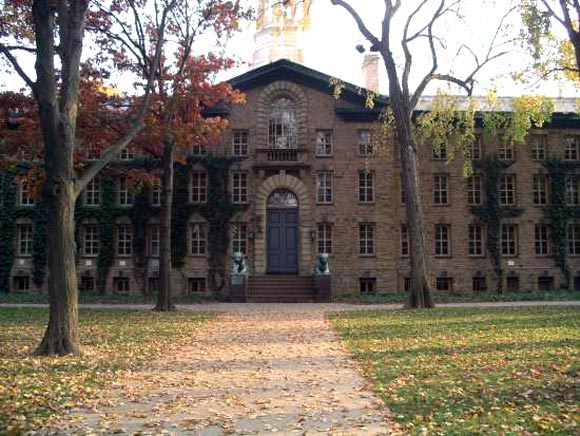 Up next is Princeton University, New Jersey, USA at Number 9.

The Ivy League university established in 1746 offers programmes in humanities, social sciences, natural sciences and engineering and caters to over 7500 students annually.

The institute has so far produced 35 Nobel laureates and 17 National Medal of Science winners. 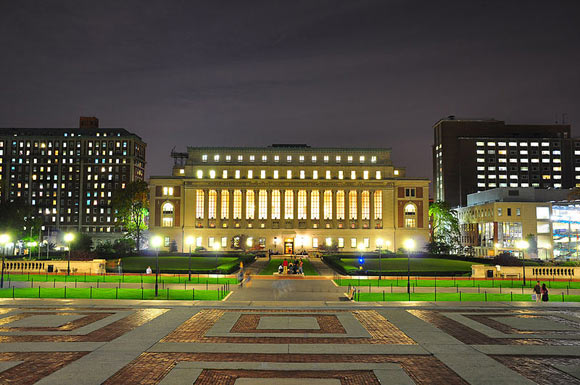 This year too, Columbia University maintains its eighth place from last year's rankings.

A private Ivy league research institute, Columbia was founded in 1754.

It has an annual enrollment of 27,600 students across its undergraduate and post graduate programmes. 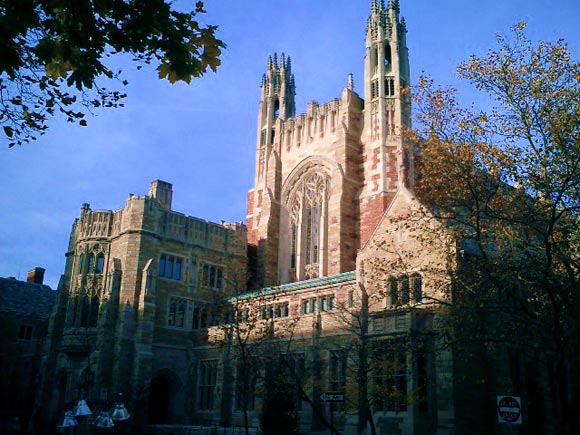 Sliding down one position from year's rankings, the prestigious Yale University is ranked at Number 7 this year.

One of the oldest Ivy League research institutes, it was established in 1701 and boasts of its affiliation to nine Nobel laureates among alumni, faculty and staff.

Annually, approximately 12,000 students are enrolled in various programmes at the university.

Till date, five US Presidents, 19 US Supreme Court Justices, and several foreign heads of state have graduated from here. 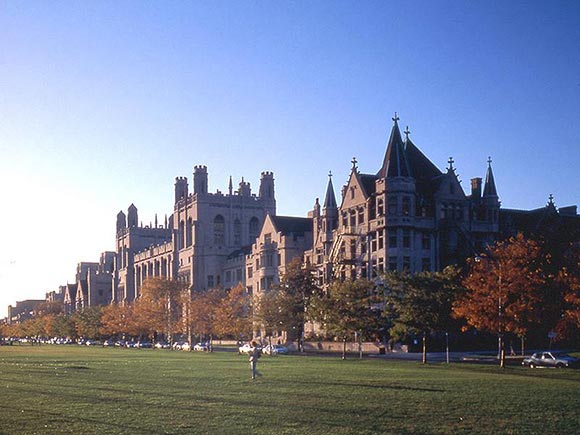 The University of Chicago comes in next at Number 6.

Founded in 1890, it enrolls over 5,000 undergraduates and 10,000 post graduates every year to a multitude of disciplines and programmes including economics, sociology, physical sciences, law and political sciences.

So far, the university has produced 87 Nobel laureates, 49 Rhodes Scholars and nine Fields Medalists among others. 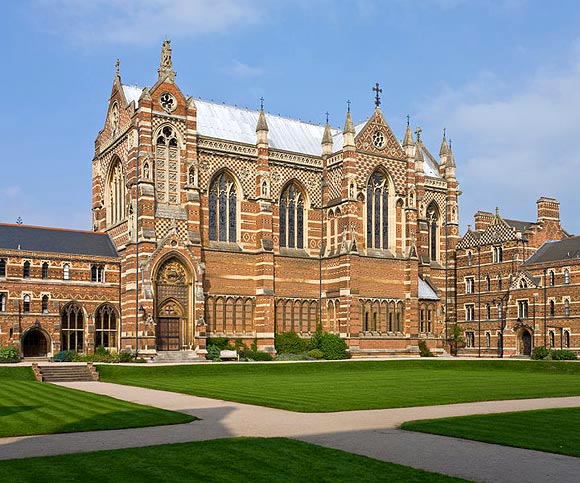 One of the oldest known institutes of higher learning, UK's University of Oxford drops down one spot from last year, yet makes it to the Top Five this year.

This institute's prestigious alumni list boasts of personalities and achievers from diverse fields which range from arts and entertainment to science, governance and business. 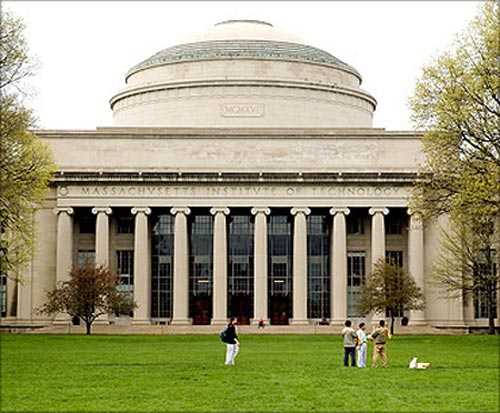 The Massachusetts Institute of Technology is ranked at Number Four.

Popularly also known as MIT, the private research university was founded in 1861.

It comprises five schools and one college, containing a total of 32 academic departments, with a strong emphasis on scientific and technological education and research.

It reports an annual enrolment of over 4,000 undergraduate and 6,500 postgraduate students. 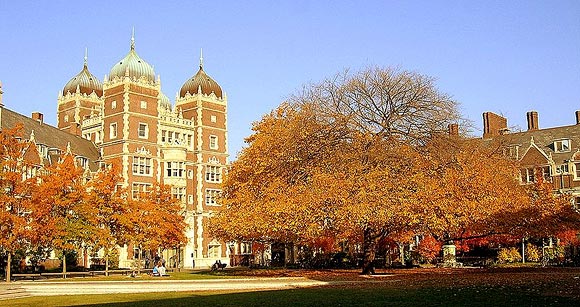 Showing tremendous improvement from last year, University of Pennsylvania has moved up four places and positions itself on Number Three this year.

Established in the year 1740, it is one of the oldest institutions of higher education in the country.

It has a history of firsts which includes starting the Perelman School of Medicine, North America's first school of medicine in 1765 and Wharton, the world's first collegiate business school in 1881 among other notable achievements. 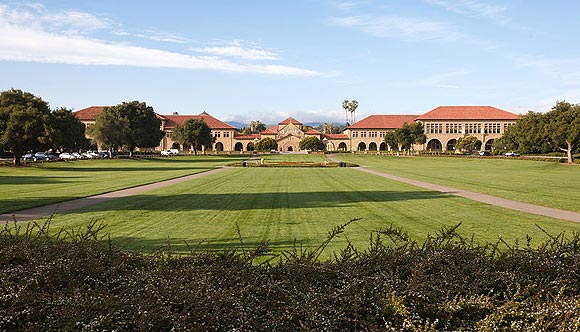 Despite scoring 99.8 out of 100, Stanford University lost the top rank and emerged runner-up in the Global University rankings this year.

Started in 1891, the university is spread across a sprawling 8,100 acre campus.

It has an annual enrolment of over 15,000 students. 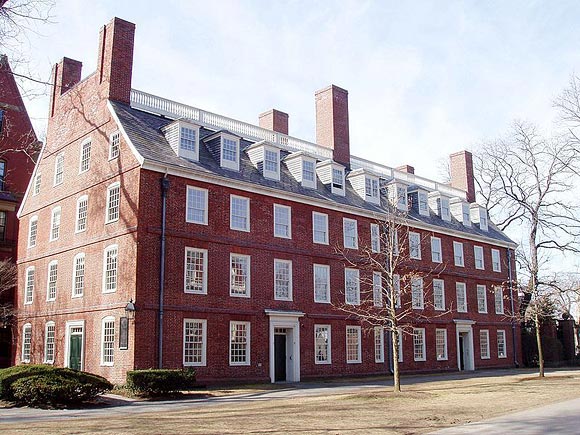 With a perfect score of 100, Harvard University has yet again managed to stay at the top.

Started in 1636, it is the oldest educational institution in the United States.

In fact, it claims to have the largest academic library in the whole of United States of America.

Eight US presidents have been graduates, and 75 Nobel Laureates have been student, faculty, or staff affiliates of this institute.

Click NEXT to check the rest of the rankings 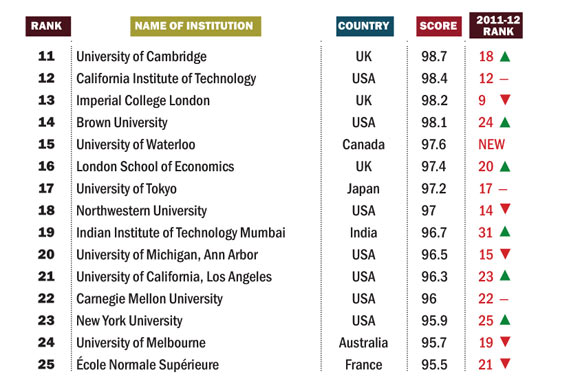 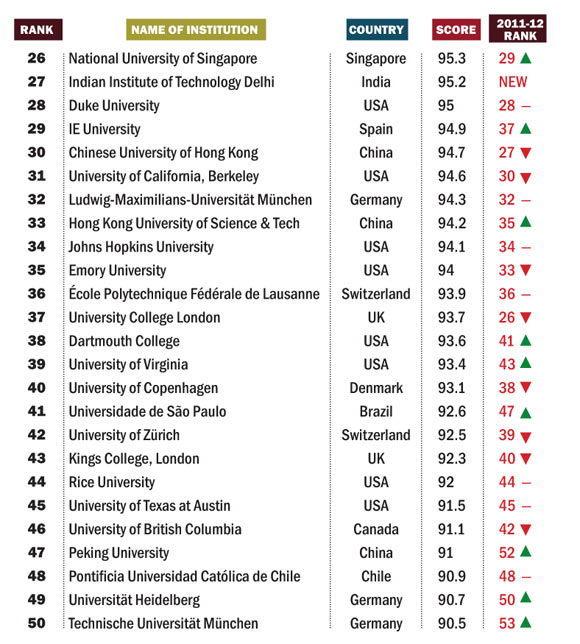 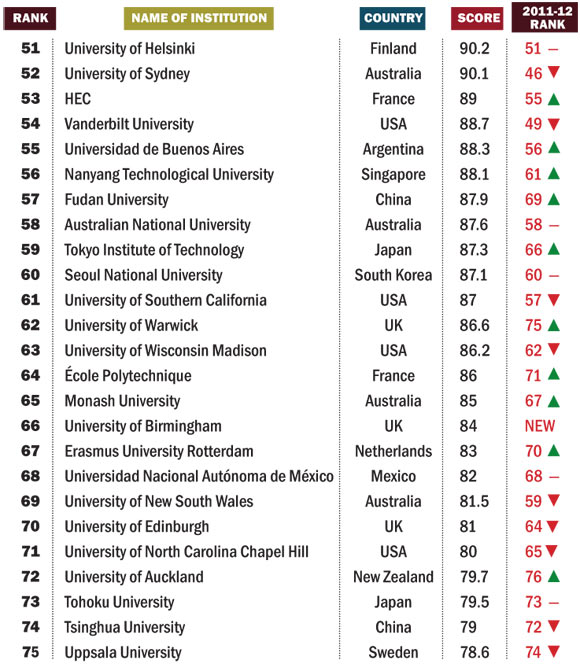 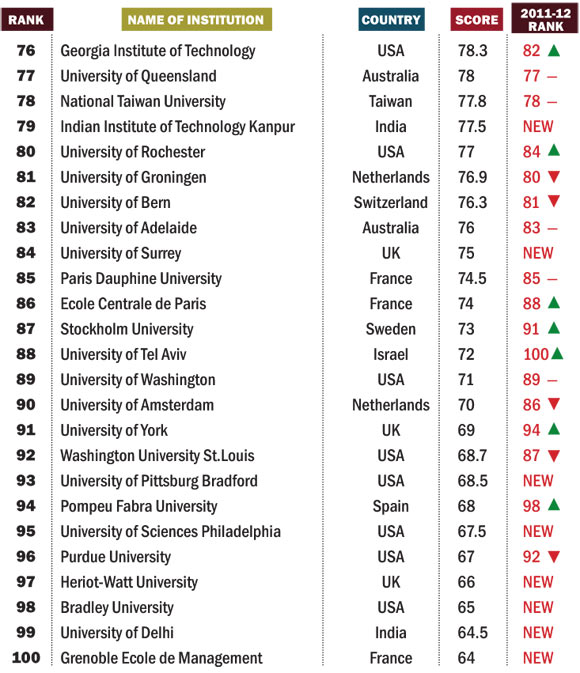