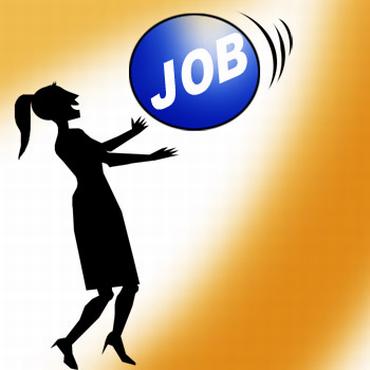 Consultant, critic, fiction writer, columnist and theatre director and novelist Vijay Nair writes about the need for introspection in the IT sector.

Priya Mohan switched off her phone in disgust. She was not sure she wanted to take any calls for some time after what she had heard.

Although there had been a number of mails hinting at the same thing, she was still shocked at learning the truth.

Who could have imagined a professional from a well-known institute could be so unethical?
Priya had joined Solmae Solutions as an HR manager, a year ago. Since the organisation was a start-up, her role entailed a bit of everything.

She handled recruitment, helped the new recruits with their induction and orientation and worked with the Head-HR on compensation and benefit calculations.

Her organisation had been set up to develop software for a student funding organization in Europe.

In a year's time, the size of the organization had swelled from 70 to 300. Most of the new hires were software developers and Priya had played a role in hiring them. The organisation had added another floor to accommodate the recent recruits.

The anonymous mails had been about one of them. Siddharth Pai had applied for the role of a Senior Developer in response to an advertisement the organisation had placed in a leading daily.

He had fared very well in the technical test that the organisation used as a first eliminator in the selection process and had come across as confident and unflappable in the two rounds of interviews.

He was an alumnus of a well-known engineering college and worked in a respectable organisation for the last three years.

The reference checks also painted an impeccable picture of Siddharth. He was clearly a star recruit.
A couple of weeks after he joined the organisation, Siddharth approached Priya with a request. He said his uncle had come to the city to undergo treatment for a serious ailment.

As his parents were not keeping good health, he had to make hospital visits during the day. Will the organisation give him permission to work flexi hours?

He assured Priya that the work assigned to him wouldn't suffer. Priya checked with Rajiv Mehta, the Project Lead, whether he had any objections.

Siddharth had managed to impress Rajiv with innovative suggestions. She took up the matter with her boss who also agreed to Siddharth's request as a special case.
A month later, Priya started getting the anonymous emails. They were always about Siddharth and written in a mocking style. 'Is Siddharth's uncle admitted in a hospital or is he recuperating in Lopptech? 'one of the mails queried. 'Some employees like Siddharth have their cake in Solmae and eat it in Lopptech,' commented another.

There were many more such mails, sometimes as many as six in a day, each outdoing the other in mocking Siddharth and his uncle.

Initially Priya was disgusted with the mails. She took them to be the handiwork of a jealous peer who resented the freedom given to Siddharth by the organisation to work at his own time.

However as the mails got nastier, she started to get concerned. She spoke to her boss. He was also scornful about people who sent anonymous mails and told her not to bother. 'If you ignore them, they automatically stop,' he advised.

But the nasty mails continued to pour in increasing Priya's sense of unease. She had a friend from the institute where she had done her MBA, who knew someone working in the HR department of Lopptech.

She got the person's number from her friend and called him. He listened to what she had to say carefully and transferred her call to a colleague who looked after the new recruits in the organization.

Priya was shocked to hear what her counterpart from Lopptech had to share. They too had a Siddharth Pai working for them. He had joined the organisation a couple of weeks after becoming a part of Solmae Solutions.

"Has he requested for flexi timings because he has a sick uncle to tend to?' Priya asked. 'Yes, how do you know that?" responded the voice at the other end, sounding surprised. "Because we have a Siddharth Pai working for us and he too has a sick uncle he tends to," responded Priya trying hard not to sound agitated. "Too much of a coincidence, don't you think?"

The next day Siddharth Pai was sacked from both the organisations.

The employee is the best brand ambassador of the organisation 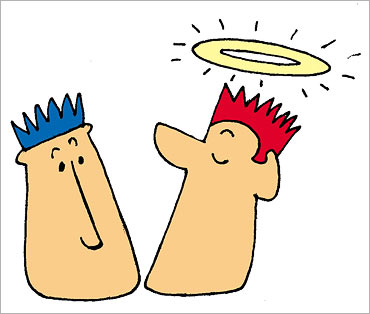 Fudging resumes, working two jobs at the same time, leaving the organisation without giving adequate notice, fake references... all these are issues that the IT sector has had to deal with since its inception.

And the question begs answer as to why these integrity related issues seem to afflict employees of the software sector more than any other.

It is not that professional centric organisations didn't exist before the world learnt of IT, but we never came across an advertising professional working two jobs without the knowledge of either of the organisations.

So why do software professionals like Siddharth Pai believe that they can get away with behaviour that's not just unprofessional but also unethical?

The answer is not difficult to locate. These deviant employees are just mirroring the behaviour of the organisations that employ them.

Some of the best Indian IT organisations are in the dock for procuring US visas for their employees under false pretexts.

They hire and fire at will depending on the state of the economy.

One of the best-known Indian IT organisations encouraged its employees to point out its HR deficiencies in an intra blog.

Some of the employees decided to air their disagreements with the company's policies and were also brave enough to reveal their identity believing it to be the right thing to do. Soon enough they had to face the music from the powers that be and were left with no option but to leave the organisation.

Today, the dwindling stock and profitability of the organisation has made it admit that it is facing a leadership crisis.

The challenge the organisation is encountering is much more fundamental if you ask me, and has to do with values and integrity.

If the technology sector doesn't want to be saddled with employees like Siddharth Pai, it should look inwards.

No brand building exercise by managing media perceptions is large enough to drown what the employees have to say about the organisation they work for.