Three lessons from cricket for the larger game of life 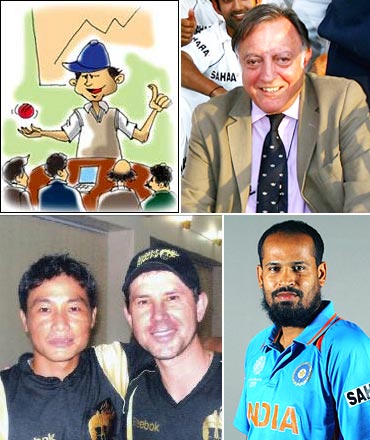 Not everyone can become an India player. Or CEO. But that should not stop you from trying or make your achievements any less significant.

The Cricket World Cup is here! And cricket fever is everywhere. Sport is metaphoric of life, and there are several useful lessons that cricket can throw up to all of us.

Here then are three lessons from cricket for the larger game of life.

Prakash Iyer is MD, Kimberly-Clark, and executive coach. He has recently authored a book titled The Habit of Winning. 1. It's not about what happens to you that matters

It's what you do about it that counts. He was a prince. Educated at Oxford. Handsome. And a terrific cricketer to boot. At 20 years of age, Tiger Pataudi had the world at his feet. Suddenly, disaster struck. In a tragic car accident, Tiger lost his right eye. Imagine! His world came crashing down.

He recalls trying to pour tea from a pot into a cup -- and spilling it all over. What chance would he have of ever holding a bat again? After all, keen eyesight was seen as an essential ingredient for success. Would that be the end of his cricketing career?

Tiger may have lost an eye, but instead of focusing on what he had lost, he chose to focus on what he still had: the determination to succeed, the willingness to work hard -- and the mind of a winner. And of course, one good eye. For Tiger, losing an eye was only one more challenge to be overcome on the long road to success.

Tiger went on to play with distinction for India, became India's youngest captain -- and remains one of the greatest names in Indian cricket. Setbacks are inevitable, but how you respond defines your achievements. Next time adversity strikes, don't wallow in self-pity. Be a Tiger!

Don't compare yourself with others 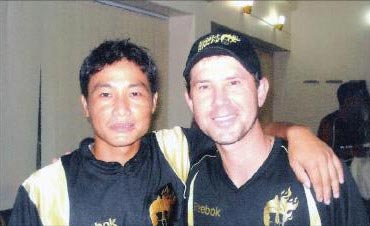 2. Run your own race

Don't compare yourself with others; just aim to be the best you can be. Have you heard of Hokaito Zhimomi?

Probably not. He is a cricketing hero, the greatest cricketer his state has produced. Idolised by fans, he is an inspiration to young players in his homeland. His claim to fame?

In 2008, he became the first cricketer from Nagaland to make it to the big league when he was selected to play for the Kolkata Knight Riders in the IPL.

It doesn't matter that he's never played for India. He is a hero in his own right. A village lad who worked his way to the top, and became an inspiration for sportsmen in the region.

Not everyone can become an India player. Or become a CEO. But that should not stop you from trying or make your achievements any less significant.

So run your own race. Don't compare yourself with others. Doing well in class is important. But you don't have to come first. Being a successful manager is big. You don't have to be a CEO. Just as being Zhimomi is a big deal. Not everyone can be a Tendulkar!

Hard work has its rewards 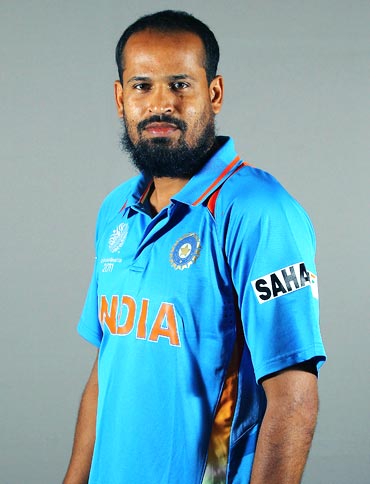 3. An extra 30 minutes of effort every day can change your life!

Take this example: up until a few months ago, Yusuf Pathan was just another big-hitting T-20 sensation with a not-so-successful, limited track record of overs. Pathan's career had seen ups and downs.

And then suddenly in the last few months, he changed gears, winning games from seemingly hopeless situations.

He is a changed man now, and undoubtedly one of the most exciting prospects in the World Cup. How did the transformation happen? How did Yusuf do it?

In an interview with a newspaper, Pathan explained the secret: "I would always bat for that extra 30-40 minutes after others would leave, and that would allow me some undivided attention in which I could pick the coach's brains."

Do the Pathan thing. And see the difference!

Yusuf's mantra: Batting for an extra 30-40 minutes after practice, gets you the coach's undivided attention.