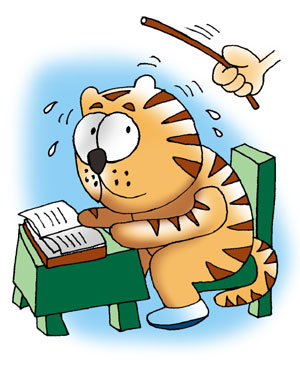 In the second part of a two-part series on how to improve your English skills, Prof Malavika Nagarkar, faculty, Business Communication at WeSchool points out the common mistakes professionals make while writing English and tells you how you can avoid them. Read the first part here!

Just as we make mistakes while speaking English, we commit errors while writing as well.

Some are mistakes of grammar and others are confusion with word use.

A common mistake in writing: 'We ensure you that we will complete the project on time.'

In the above sentence what the writer wants to say is: 'We assure you....'

'Assure' means 'to say with confidence' or 'to feel certain'.

For example: We will ensure that the project is completed on time.

1. Anyway/ Anyways/ any which ways

'Anyway' means 'any one way' and so it cannot take the plural form with 's' either as 'anyways' or 'any which ways'.

In the following example it is used to put aside a discussion and get on with whatever is in hand.

Eg Anyway, let's go ahead and complete the task.

Let me say right away that this mistake/ confusion is unpardonable.

'Whose' meaning 'of someone/ belonging to someone', as in: 'I don't know whose book this is.'

Who's is the contracted form of  'who is' which is NOT commonly in use.

The three tense forms are choose (present tense) chose (past tense) and chosen (past participle).

The form 'choosen' is incorrect.

Notice the difference in spelling.

'Lose' means 'to misplace something' or 'have taken away', in the sense of 'lost'.

For example, (i) The binding of the book was loose so the pages came out when I dropped the book.

(ii) The dog was too dangerous to be let loose.

5. Criterion vs criteria, Phenomenon vs phenomena

Criterion and phenomenon are the singular forms of these words.

Criteria and Phenomena are the plural forms.

In e-mails, a very common error is the incomplete sentence: "As you are aware that we are a well-known company."

If the word 'that' is not used the sentence is complete.

With the word 'that' included, the meaning is not complete.

It would be better to say: "You are aware that we are a well-known company."

You notice that almost everyone is using this form. This is becoming a cliche.

It might be a better idea to say: "You know us as a well-established company dealing in ------."

1. This is to bring to your kind notice that the payment has been delayed.

2. We wish to inform you that we have completed the project for this quarter.

We fail to realise that these supposedly 'official' styles of writing, in fact, require more processing by the reader and hamper grasping the main point of the e-mail.

One can always use the more direct, yet polite forms, such as:

Our records show that your payment for May has been delayed.

2. We have completed the project for this quarter.

'Thanking you' is a 'dangling modifier'.

Let us understand this.

In an earlier style, letters concluded with:

Thanking you, I remain, Yours faithfully, XYZ

Notice that 'I remain, yours faithfully, XYZ' formed the main sentence which had a proper subject.

'Thanking you' is the modifier in that structure.

If we transform the sentence we get: 'I thank you, and I remain yours faithfully XYZ.'

We no longer use the phrase 'I remain'. It has gone into oblivion. So what remains is a 'dangling modifier': 'Thanking you' with a comma following it!

If one has to thank about something, one can say it in a complete sentence and at the appropriate point -- either at the beginning of the email or, if a request is made, then at that point.

The 'Thanking You' at the end of every email has no meaning and is just a ritual.

Some examples of other 'favourite' dangling modifiers:

Anticipating an early response/ reply, Looking forward to your confirmation, Expecting a positive reply, and so on

You will now recollect all the others we regularly use, without realising that they are grammatically incorrect.

The word Yours does not take an apostrophe.

Using the apostrophe in yours before the 's 'is a very common mistake in writing English and must be corrected.

A similar error is using the apostrophe before the 's' of any plural form. For example, (i) 'The boy's are talking' and (ii)' Indian's are hospitable by nature.'

I would suggest that care should be taken to correct this mistake.

The word 'revert' means 'to get back to'.

It is correct if we say: 'Please get back to us about the matter.'

However, it is incorrect to say: 'Please revert back to us.'

To sum up: Read through what you have written and you will notice some of these mistakes yourself. So, revising is the key to correct writing.