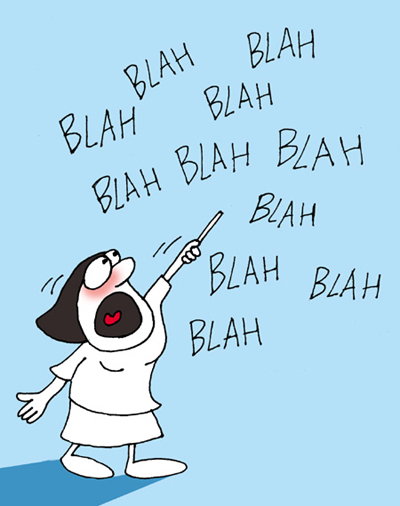 In part one of our interaction with Manish Gupta, the author of English Bites!, spoke about how a young man who hadn't read a single novel till he was 17 managed not only to master the English language but also write a book about its quirks.

In this second part today, read Manish's tips to master the language.

How did you prepare for English for your MBA exams?

In competitive exams, there are other elements too, besides English. There were three of us who at some stage in the second year realised we had weaknesses. A friend of mine was poor in general knowledge, the other wanted to improve his romance quotient and I wanted to improve my general knowledge and English. It dawned upon all three of us that we have to master our weaknesses so much that we should be able to teach the same thing to others.

The moment we decided to master the areas we were weak in, our pace of learning improved since we challenged ourselves. The question that always troubled us was have we understood this well enough to teach it to others?

The fact is when you learn something with the intention of teaching it to others you don't take short cuts. Short cuts, you know, will make you compromise on your conceptual clarity and your comprehensiveness of the subject will also suffer.

He wrote about 50 poems but realised that there were no takers for poetry in the publishing world or the kind of poetry he penned. He gave up after trying.

I had in my mind decided I'd write a book on English, one on trivia, one on the art of better writing because I used to write a lot of letters to my girlfriend and she used to admire them a lot and I also thought I had an edge over others on how to write love letters. We were in engineering college, all boys and struggling hard how to impress women and how to communicate better. There were no e-mails or cell phones then and we had to impress girls by writing letters.

I had a misconception. Just because my girlfriend liked the letters I wrote to her did not make my letters outstanding. At that age any girl would like a letter written by her boyfriend. I realised that very quickly and gave up that idea.

Later, I combined my research in trivia and English and I also realised there were lot of linkages. Trivia, I gathered around the language was turning out to be interesting and I thought that could also help to learn new words in an interesting way by breaking the monotony in my narrative. I used trivia to find linkages between two anecdotes or two different episodes.

English Bites is a mix of lot of trivia, anecdotes and jokes making the process of learning English very exciting.

Who is your target audience?

Initially, I thought it was meant for people who wanted to appear for competitive exams. During the course of writing I realised it could be meant for everyone who wants to improve his or her English because while I think that it appeals most to people who are in colleges because then they have to pursue either a job for which they need to have better English, both spoken and written, and have better active vocabulary and also people who would go for competitive exams.

But I also realised that it is not limited to this audience only. People who are working and look at English as a handicap or people who just like the language and have an insatiable thirst for it could also go for it.

On the whole this book is need-based and interest-based.

The school system doesn't challenge you enough and if you do justice to your (text) books you typically can score well. But it doesn't reflect on the fact that somebody who has got slightly better marks than you may be 100 times better than you when it comes to spoken English. The challenge was not in kind of scoring in English.

Since I grew up in Haryana there was no real pressure to master the language because we hadn't that time realised that there exists a world beyond my city that puts a premium on language. I had then not understood the link between English proficiency and prosperity. 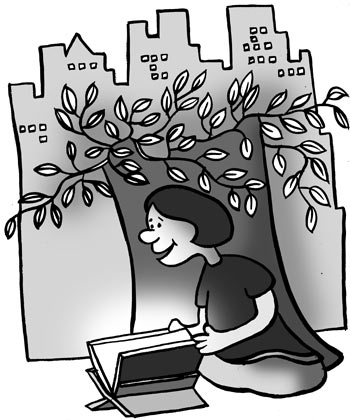 Do you personally see a link between English proficiency and prosperity?

Today that is a fact. Even poor parents end their wards to English medium schools, private and government, and spend one-fourth to one-third their income in educating their children in English medium. There was a study I read some time ago that in India a person who speaks good English earns four times more than who doesn't with similar qualifications. There is a definite link and my saying it doesn't matter. Even the poor people in India have realised it. They want their children to study English because they don't want the to suffer a handicap which they had suffered when they studied in schools.

Even at senior levels, people who can communicate their thoughts better and convincingly stand a better chance at faster promotions.

Indians or otherwise, lot of people make lot of mistakes. Which tells me that there is lot of scope to improve even in people who have done management degrees or chartered accountants.

For instance, somebody made a presentation or wrote a memo, which had a lot of errors and the boss kind of rubbishes and rejects it. The junior will say, 'okay sir, I will improvise it' instead of saying 'I will improve upon it'.

Similarly, at coffee shops I have heard people asking for an 'Expresso' instead of an 'Espresso'. Most Indians don't know that Espresso is a bitter 30 ml shot served without sugar. In India you have this 'Expresso'-branded machines especially in North Indian weddings that serve milky coffee that comes out of a steamer and people think that that coffee is Expresso. So, when they go to a nice coffee shop they ask for an Expresso. There is nothing called Expresso but that's how it goes. 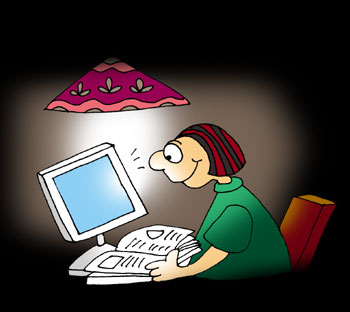 So, how do you communicate or articulate yourself better?

In most modern Indian households today parents introduce English to their children first and when they have grasped the language they gradually introduce Hindi or their mother tongue to them. Obviously, people who think in English have a definite advantage over those who think in their mother tongues first and then translate the same into English. This time lag can be minimised by reading a lot by which I mean reading books, novels that are conversational or watch English movies and plays that have a predominant dose of conversational English. Like Two and a Half Men or read Anurag Mathur's The Inscrutable Americans is extremely funny to read and very conversational.

Any book in English, with which people can associate, like PG Wodehouse, must be read, but it is important for the person reading it to like it. I would not advocate a book. I'd say read anything you like because if you don't appreciate the subject you would not get absorbed in the content. And if you could read it loud to yourself then you could practice your pronunciation. While it is very painful to read loudly after a point in time but if you are reading a novel then you would not only improve your conversational quotient but also pronunciation.

If you read loudly you will invariably get stuck at some words, which otherwise, you believe you could pronounce. While reading loudly you will stop at such words and then you could perhaps go online and find out not only how to pronounce it but also more about that word. You could go to web sites like dictionary.com, thefreedictionary.com or yourdictionary.com and find out the right pronunciation and say it yourself till you get the pronunciation right. If you do this regularly your English will surely improve.

Also, the more you are exposed to a variety of conversational context and accumulate the same in your mind's database you can immediately pull out the same whenever faced with a similar situation and overcome your handicap of first thinking a sentence in your mother tongue and translating the same into English.

Read non-fiction titles, watch a lot of plays and movies and then keep practising. Typically, what happens is you find three or four people who face a similar handicap and practise among themselves then they will reach a point when they will shed their inhibitions and realise they have achieved the confidence to go out and communicate with the so-called better speakers without any fear. Once you associate go through this grind you will improve faster with your fluency, pronunciation and diction. Then you will also rapidly increase your active vocabulary. To enhance the quality of your conversation you need to know at least 20,000 to 40,000 words in English. Once you reach that level you will get some style and use words that accurately describe your thoughts.

'Understand that English is a tough subject' 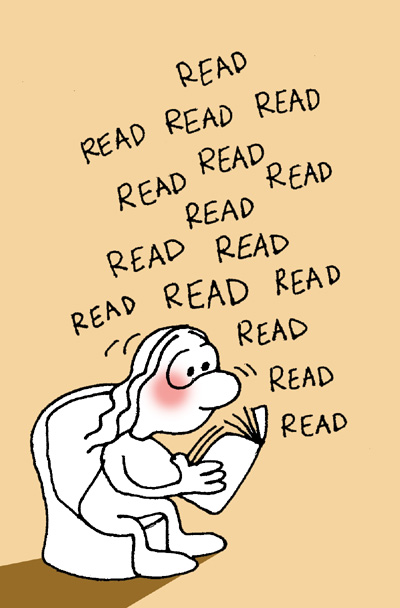 Your advice to young Indians who think English is a hurdle to improve their standing at the workplace, college or school...

First, they will have to realise that English is a tough subject. They can't trivialise the journey by saying they can learn the language quickly. Understanding and learning the language will take a lot of time, patience and practice. So be prepared to put in a lot of effort mentally.

Once you start conversing well all other aspects of English get addressed simultaneously. If you speak well there is no way you won't be able to write well. Not write very flowery English but English that makes an impact. There are obviously people who can't speak too well but write well but it will be rare to find people who speak well but can't write well. So speaking well takes care of the other aspect of the language. But you will have to take a lot of effort in improving your pronunciation and vocabulary if you want to speak well.