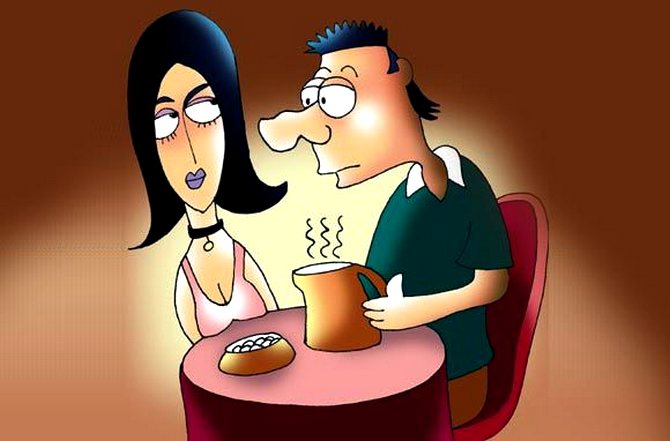 In what is probably the first book of its kind, Chennai-based journalist and playwright Nandini Krishnan explores the dynamics of arranged marriages in the Internet age.

Hitched: The Modern Woman and Arranged Marriage is an outcome of her interviews with over 30 women and ten men whose marriages have been arranged by their families.

Yesterday we carried this excerpt from her book

Today, we bring you the story of Ruchika Solanki who speaks about marrying after heartbreak, creating chemistry in an arranged set-up, and what to do when things don't feel right.

Ruchika Solanki had the sort of love story that everyone wants to tell -- she and her boyfriend met at a cafe in Delhi.

She was sitting with her friend, he with his. She and her friend were having an argument over a board game, and she called out to him, because the four of them were the only customers in the cafe. He took her side, his friend took her friend's, and they all got talking. She and he got together, their friends didn't.

But let's focus on the romance. That day at the cafe, they exchanged email IDs -- students didn't usually have mobile phones, because they were too expensive at the time. And anyway, he was going abroad for higher education. They chatted for a year and a half, as friends, and then he told her he had always liked her.

He would be back in Delhi in a few months. For the next three years, they were in a relationship.

He was the sober, serious Delhi-bred south Indian, and she was the cheerful, impulsive boarding-school-bred Delhiite.

A year into the relationship, Ruchika knew this was the man she wanted to marry. They met each other's parents. Her parents didn't like him.

'Something about him isn't quite right,' her mother would often say. 'They're not like us.'

Ruchika railed against her conservative mother's reservations, and finally it was all sorted -- it was decided they would eventually be married.

However, things went wrong between them. Suddenly they were fighting all the time, and 'issues' kept cropping up. He was taking her for granted, and showed no sign of wanting to get hitched.

At home, Ruchika was being pressurized by her family to get married.

After a particularly bad spate of fighting, she broke up with her boyfriend. She took on late shifts at the call centre where she worked, so she could cry in peace. She couldn't cry at home, because she didn't like hearing her mother saying, 'I told you so.'

'And then I realized I should have broken it off much earlier,' she says. 'Maybe my mother knew he wasn't right for me all along. Maybe that's what she meant by "They're not like us." I mean, in our families, men take care of the women.

You know, once my new car got stolen. And in Delhi, you can change the number plates, cross over into UP, or Haryana, and that's it.

So, I started blubbering on the phone to him, and asked him to come over. He went, "Can't you just get an auto? I'm getting a haircut."' She pauses.

'And you know the worst part? He was bloody bald!'

When it was clear they weren't getting back together, her parents began to look for a groom. Meanwhile, she had found a guy on the rebound, an acquaintance who declared that he had been in love with her for years, and proposed marriage, but she wasn't interested.

'Once I told a friend of mine that I really needed a break from men,' Ruchika recalls. 'And she gave me a look and said, "You know, getting married isn't the ideal route to taking a break from men."

But I was fighting all the time with my mother, and both of us would end up crying. I also had this cousin who was held up as a living example of what happened to good girls who didn't get married on time. She had to flee to America, so people would stop asking her questions and talking about her.'

At this point, she didn't care whom she married. She knew she would have to marry. And she knew she wouldn't meet the 'boy' alone until they were engaged. They could meet with the families around once, and they could speak on the phone however often they wanted. Once they were engaged, they could date. She rejected the first few 'boys' outright, because they put her off immediately. And then, she met Rohan.

'I remember sitting in a cabin and waiting for his call,' she says. 'He said he'd call at 9. I didn't want him to call, but I was offended when he was a few minutes late. It was a really messed up state of mind to be in. I just rushed into the whole thing.'

Excerpted from Hitched: The Modern Woman and Arranged Marriage by Nandini Krishnan Rs 299) with kind permission of Random House India. 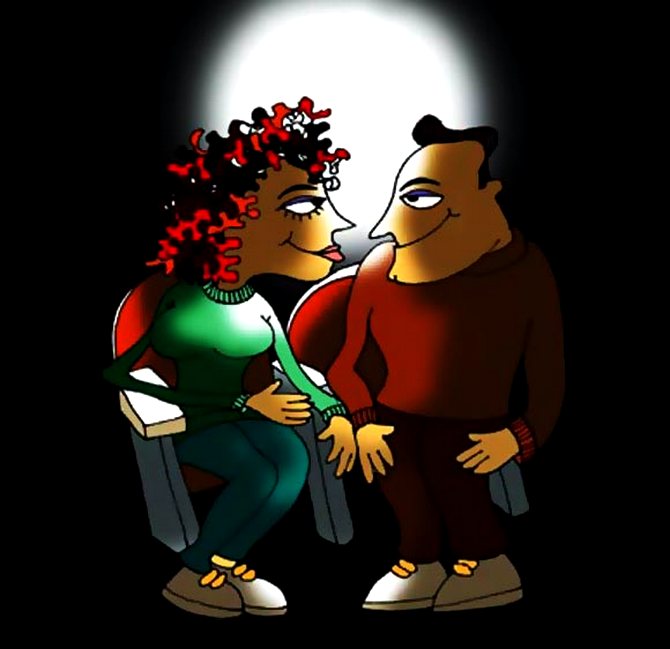 'And then, I thought I would get to know him better. But we went out for coffee once, and then he came home once, and that was it,' she says. 'It had been two months since the engagement, a month and a half left for the wedding, and we'd met twice. They felt like business meetings. We just described what we each did, and spoke about our hometowns. I didn't know him at all, and there was zero chemistry. He hadn't even tried to hold my hand. I couldn't imagine that I would ever sleep with him.'

Everyone told her it was abnormal that he hadn't even held her hand. Even her mother agreed. Ruchika didn't think she could relate to him at all. She was particular about two things -- that a man she married should be able to speak his own language properly, and Rohan qualified, because he spoke Hindi and two local dialects; and second, that he should speak the English she spoke. But Rohan spoke 'corporate English'.

'Look, I'd get these messages saying things like, "I'll call you before EoD." I mean, what's that doing in a message to a fiancee?! I know it's an arranged marriage, I'm not asking for bouquets and shayaris and all of that, but please don't put in FYIs and EoDs! And then, he made some grammatical error, and I was like, "Oh God, what have I got myself into?!"'

She wanted to head off to America to holiday by herself, maybe speak to her unmarried and exiled cousin and ask her what she should do. Was life without men really that bad?

She decided she would take the bull by the horns and speak to Rohan.

'I was chatting with a friend from work for a long time about this. And I decided I would tell him maybe it wasn't working out between us, and it was best to call it off before the wedding.

But, first, I was going to tell him that I felt like holidaying by myself, and see how he reacted.'

Rule 1: When things seem to be wrong, confront them

Ruchika sat down with her friend and they made a mental note of the things she would have to discuss. It was a very
long list.

'We needed to write it down, and we didn't have pen or paper,' she laughs. 'So, my friend went and borrowed a pen from an uncle who ran a canteen. He acted like she was asking him for his entire inheritance, but we got the pen. He refused to tear a sheet off his account book though, so we raided the tissue dispenser by the washbasin. And then we made a list of the things I'd speak about.'

Holidaying abroad -- also, honeymoon, because he's not mentioned it... why?

No chemistry -- not even holding hands

Expectations? Why does he want to marry? Then, why marry you?

Can't relate to him

Is he being forced into this? Why only two meetings since engagement?

There were more points, but she doesn't remember them now. She sent him a text: 'Need to talk to you. Please call when free.'

Rohan sensed the urgency, and called immediately. She took the call outside the canteen, with her friend sitting beside her, and making more points on tissue paper, as she listened in on half the conversation.

'The poor man got a shock when I told him I wanted to go off on holiday. He said, "Let's wait till the wedding, and we can both go,"' she laughs. 'And then he told me he'd been worried that I would think he was too forward, and that's why he hadn't even held my hand.'

She didn't go abroad by herself. They went to America on their honeymoon.

'And he kissed me the next time we went out,' she giggles.

'I went to office and told my friends the next day, and those crazy girls gave me a standing ovation. This middle-aged colleague of ours asked what was going on, and they told him it was my birthday. Poor thing, he went and bought me a pastry. It was super-embarrassing.'

As long as you stay practical, Ruchika feels a marriage can work. You need to get the basics right, whether it's about holding hands and honeymooning, or about sorting out finances, or about what matters to you, or about when you want to have children, or about whether you want to continue to work.

'I keep teasing him about his "corporate English",' she says with a smile, 'and he joins in, writing "IMHO" and things like that in texts to me on purpose. Now, I find it funny.' She also says there has been no problem with the chemistry, and she can't remember why it was so difficult for them to hold hands.

When he's away on business trips, she 'misses him like crazy'.

'And I keep thinking -- the foundation of my marriage was a piece of tissue paper.'

Excerpted from Hitched: The Modern Woman and Arranged Marriage by Nandini Krishnan Rs 299) with kind permission of Random House India.