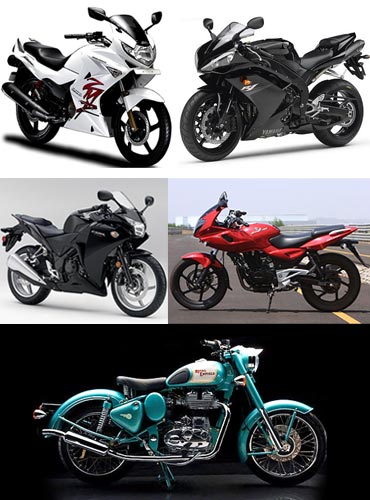 Remember performance is a relative term; we have ranked them based on the fun they give the rider and not their top speed or 0 to 100 kmph timing.

The bikes selected here are manufactured in India and we have not selected any CBU (completely built units) or CKD (completely knocked down units). Had we chosen CKD bikes as well, there would be two green machines in the list. So which are the 5 bikes that can put a smile on the face of the rider any time! Lets find out. 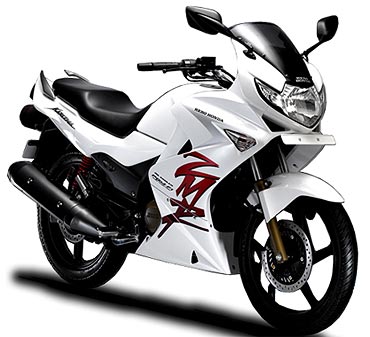 The Karizma ZMR is a very relaxed bike. Seldom do you feel this machine can pull you from 0 to 60 kmph in no time. What essentially looks like a confused motorcycle with bulky fairing at the front and narrow tyres at the rear, features one of the smoothest engines around.

Starting the bike is like feather, driving off is also very easy as the ZMR is light to handle with the fantastic clip on handlebars. Brakes are sharp and the engine responds very well right from 1,000 RPM.

This is one of the few bikes which would accelerate with utmost urgency in any gear at any speed. Just don't expect the ZMR to enter drag races, because that isn't its forte.

The butter smooth Honda engine is comfortable cruising all day long at 100 kmph without breaking a sweat. 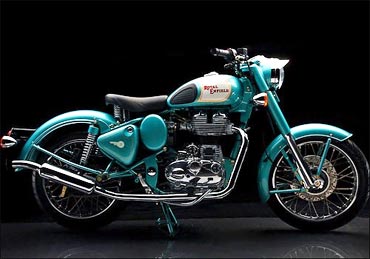 Royal Enfield bikes were never considered to be performance oriented. Whenever someone thought about Bullets, it meant heavy and the thump. But the Classic is more than that.

Featuring one of the latest engines from the company, the Classic 500 has oodles of torque. Accelerate hard in any gear and the C500 will give you a push you will remember for your entire journey.

Brakes are decent, not up to what one would expect for a machine that has such a high capability to accelerate. Cruising at 100 kmph is a breeze but take her further and you will be baffled by the high amount of vibrations on the handlebar.

Nevertheless, the Classic 500 also gets you the ticket to participate in many of the awesome adventure trips which are open only to owners of Royal Enfield motorcycles. 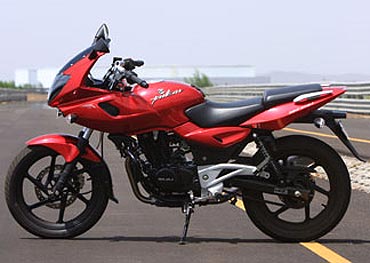 Some say the Pulsar has reliability issues, while others would complain about the quality or rather the lack of it. But what ever people say about the Pulsar, there is absolutely no doubt in the fact that the Pulsar 220 gives the rider such a kick that all of a sudden her/his heartbeat would start skipping and blood pressure would start increasing.

The Pulsar 220 is one of the few bikes which matches its performance with perfectly matched aural nirvana. The sound of the Pulsar 220 may be loud to many but to those who bought the fastest Indian for performance just love the way it sounds through out the rev range.

Acceleration is absolutely brutal and the way the RPM needle climbs in every gear is something which can only be experienced. 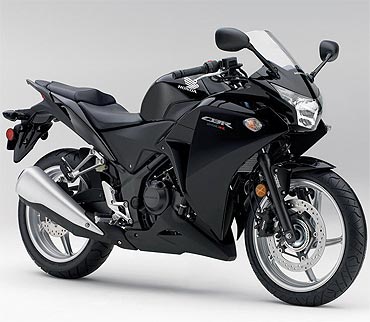 Surprise, surprise. The fastest bike in both 0 to 100 kmph acceleration and top speed is not on the number one spot. No prizes for guessing who is!

The CBR250R lacks the top end grunt which makes it number 2 in the comparison of our top 5 performance bikes in India. But the baby CBR is a very well rounded off bike.

Quality is a question (yes on a HONDA!) but the sweet 250cc motor does a fantastic job at low to mid range RPMs. The CBR250R does not deserve to be called a CBR for obvious reasons but is a fantastic option for those looking at a performance machine which could cruise comfortable at 120 kmph.

A few Mugen bits and the true character of the CBR250R will be out, but that doesn't come cheap, now does it! 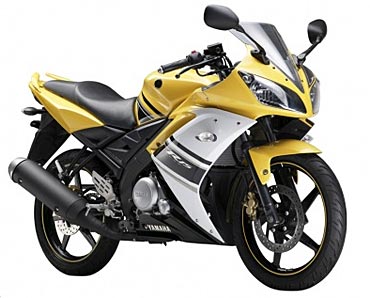 The 150cc Yamaha sweeps away this comparison test for the fantastic handling and insane high RPM engine performance. A little uncomfortable for tall riders, smallest machine in the R-series feels devoid of any power or torque at low revs.

You feel bogged down due to the lack of any enthusiasm from the engine. However reach 5,000 RPM and all hell suddenly breaks loose. The R15 comes in a mood of its own and gives such a thrust to the rider that his helmet would go banging at the pillion. And a pillion who has not bothered to hold on can even fly off the bike.

Such is the fantastic characteristic of the R15 engine at high revs. But the best is yet to come as Yamaha will soon be launching a more powerful R15, which has 30% more power than the current version.

The list of top 5 performance bikes is not likely to change any time soon.

NEXT: Review cars and bikes for Rediff.com!

Review cars and bikes for Rediff.com! 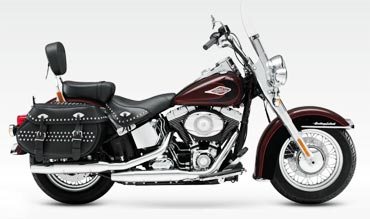 So you swear by your vehicle and will probably rush to save that rather than your wife of 10 years should anything happen to both? Write in to us with a review of your car/bike and we'd love to publish it right here on Rediff!

There are few things more intoxicating than a spin on your favourite bike or car. If you're a bike or car enthusiast who loves to go on and on about its bhp and performance, you're the one we're looking out for!

Share the review of your bike or car and recommend it (or not) to our readers who may be considering buying one in the future.

Simply write us an email to bikesandmotoring@rediffmail.com (subject line: 'Bike Review' or 'Car Review') with your review and we will publish the best entries right here on Rediff.com.

Don't forget to add pictures of your car or bike so we could carry it alongside your review.

What are you waiting for? Write in and we will publish the best entries right here on Rediff.com!