This 'princess' strives to make a difference 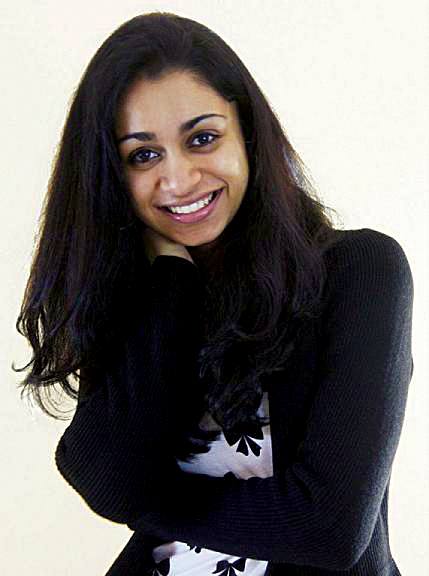 In the third part of a series profiling Presidential Scholars, Arthur J Pais meets Pranita Basulu who uses her earnings to help children and train women for self-defence. (Read part one here and part two, here)

When she was a little girl, Pranita Balusu often dreamt of being a princess when she grew up -- not just for the tiaras and dresses, she said, but so she could improve peoples' lives.

"I still feel the same way," said Pranita, a senior at Rochester High School in Michigan, "from teaching piano (at home) and donating the proceeds to St Jude's (Children's Hospital) to using my third degree black belt in taekwondo for self-defence seminars for at-risk females through my non-profit organisation Build Our Future, I strive to make a difference."

For these and for her efforts through the People to People Student Ambassador Programme, varsity tennis, and the Sunrise Assisted Living Home, she received the Congressional Gold Medal last year.

Her passions are music, baking, and travelling, Pranita said, adding that she lives by the quote, "Climb mountains not so the world can see you, but so you can see the world."

She assists her former taekwondo master, Sensei William Walker, in running the self-defence seminars held in high crime areas of Detroit. So far they have been able to host the seminars -- meant for women -- with money Pranita earned by teaching ACT prep classes.

Over the summer she is planning to expand her organisation Build Our Future to host seminars in neighbouring cities like Flint, and Pontiac, where crime rates are very high and girls and women are very vulnerable.

She is hoping to raise funds from local companies and individuals as sponsors. Each session, consisting of six seminars, costs $1,200 and can train 20 to 40 girls.

"So just a small donation can empower women, enable them to defend themselves," she said, "and instil confidence not just for when they're walking down the street, but in all areas of their lives."

Last April, her piano students competed in the American Guild of Music competitions, and received the highest ratings (AAA).

'I sometimes have a bit of a dramatic flair,' Pranita wrote in a college application essay, 'which is why piano is a perfect fit. I can slam those keys with all the muscular strength in my fingers or caress them, light as feathers. I put all my heart into playing... When I play, any tension is alleviated -- no, obliterated. Music has a curative power that reflects onto listeners, too. I remember watching Alzheimer's patients as they heard the euphony of piano keys. Falling silent, they were motionless at first, almost as if in a trance, but then the most amazing thing happened: they began nodding to the tempo and smiling. Even the ones who could no longer speak were responding to the sound of the music.'

She recalls the day of her most important concerto competition, and how she sat biting her already trimmed nails. The boy next to her told her, 'You're very lucky.' She asked him why. Looking down at her fingers clutching the sheet music, he said, 'Whatever you play will be pretty, just because you can play it.' She then saw he didn't have a hand.

She 'became oblivious to the judges scoring me,' she wrote. 'I played simply because I could.'

Pranita plans to study music and international relations at University of Michigan while majoring in aerospace engineering.

Her passion for music motivates her to excel in studies and other extracurricular activities.

"I will always go back to that one moment, to the boy who didn't have a hand," she said. "I play for him; I play for myself. I even play for my young five-year-old student as he begins his circle of finding true wonderment and joy in music. Within that circle, life is complete."