He brings warmth and smiles... one quilt at a time 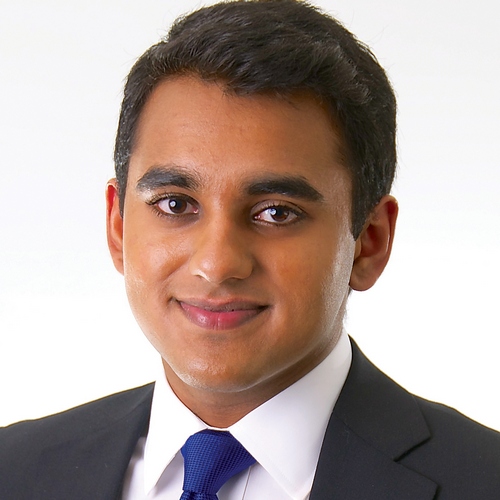 In the tenth part of a series on Presidential Scholars, Arthur J Pais profiles Siddharth Gupta whose Quilt for Cure movement is giving cancer patients some much-needed warmth.

Over a year ago, when Siddharth Gupta, 16, volunteered for the American Cancer Society in his city of Fargo, North Dakota, he noticed that most patients were shivering; people with cancer get cold easily on chemotherapy.

And then Siddharth met Troyd Geist, state folklorist with the North Dakota Council of Arts. Siddharth's sister Ishika is in the NDCA's apprenticeship programme, managed by Geist.

Geist asked him to think of something long-term, personal, and impactful.

"That's when I thought of getting them quilts," Siddharth said, talking of the Quilt for Cure movement. "We were telling them that they were not in this fight against cancer."

Thus, Quilt for Cure was born.

'I gave some contact information to Siddharth,' Geist told the NDCA newsletter. 'Well, he took off with the idea. Raised $14,000 ($7,000 in donations and then $7,000 in match from Essentia, a medical facility) and obtained 250 donated quilts to distribute to cancer patients in North Dakota and Minnesota.'

At first, Siddharth received a few hand-crafted quilts and about $250 just by reaching out to family and friends.

But he wanted to do more, and took his idea to the Essentia Health Regional Foundation.

Siddharth's mother, Dr Parul Gupta, is a geriatric and internal medicine physician at Essentia's South University Clinic. His father, Dr Mahendra Gupta, is a hematologist/oncologist at the Essentia Health Cancer Center in Fargo.

More than a year later, Siddharth has partnered with the foundation, local schools, and businesses including Wal-Mart. Nearly 100 quilts and blankets have been donated by people from Minnesota, North Dakota and South Dakota as well as community quilting clubs in Park Rapids, Minnesota.

In all, over 300 blankets and quilts have been distributed.

"We are not just raising money for the quilts," said Siddharth, also the captain of his school tennis team, debate team and student congress, and a top ranking student.

"We have recruited students who also volunteer once a week to make warm fleece knot blankets. Students are also making tie blankets, putting special messages on them such as 'Stay Strong' and 'Keep Fighting'."

He said he and other volunteers have learned a big life lesson from the quilts project.

"People often think that you need millions of dollars to make a difference, but something as simple as a quilt makes the biggest difference in the world," he said.

"A smile on someone's face -- a cancer patient knowing that somebody's going to be with them this whole way -- is what makes a big difference."

A good portion of the money raised buys material at a steep discount from Wal-Mart, Gupta said.

The rest of the cash buys finished quilts, he said.

'A lot of patients thank him,' Siddharth's father told a local newspaper. 'I'm hearing that every day.'

His mother added, 'He's a very sincere kid. I'm thinking it may go much farther.'

Siddharth says his eyes well with tears when he reads some of the testimonials.

'The warmth of it I feel comes from the love that was put into it while being made. Thank you so much,' wrote one patient.

Siddharth said he would like to expand Quilt for Cure to cover all cancer patients in North Dakota and Minnesota, then in neighbouring California, and eventually across the nation.